While Mom and Dad sip their oat milk lattes at the local coffee bar, they may well be fretting over what's in their toddler's bottle.

While many toddlers can't tolerate cow's milk or soy products, it hasn't been easy for discerning parents to find a formula that is both clean-label and plant-based—without GMOs, corn syrup or harsh chemical processing,

Perhaps until now. Three Israeli veterans of the infant nutrition business are offering "something else" as they say on their website. Hamutal Yitzhak, Uriel Kesler and Michael Azar, cofounders of Else Nutrition GH Ltd., spent seven years developing and perfecting a patented dairy-free, plant-based toddler formula for ages 1 to 3.

The cofounders officially launched their Tel Aviv-based startup in 2019 and just rolled out their first product, Plant-Based Complete Nutrition for Toddlers in August.

The USDA-certified organic, powdered formula features almond butter, buckwheat flour and tapioca, and it is fortified with over 20 vitamins and minerals. One serving has five grams of protein, 30% of a child's daily calcium requirement and just three grams of sugar.

Else's cofounders are betting their product will be a game-changer for children with lactose intolerance and other food sensitivities. They also expect to appeal to a broader audience of health-conscious families, who may follow plant-based or flexitarian diets themselves.

Toddler nutrition is just the start for Else. Next year, the company plans to introduce a nutritional drink for children, aged 3 to 12, which would compete against such brands as PediaSure. But its biggest breakthrough may come around 2022, when Else hopes to roll out a plant-based infant formula that replicates the nutritional properties of breast milk. 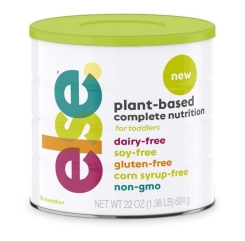 Else is a new plant-based formula for toddlers, which is designed to supplement their solid food diet.

It doesn't hurt that plant-based dairy alternatives for adults are already a booming business. The market is projected to reach $21.5 billion by 2024. And investors have been pouring big bucks into companies such as Swedish oat milk maker Oatly, which landed a $200 million investment in July, led by Blackstone Growth and including such star studded investors as Oprah Winfrey and former Starbucks SBUX -0.2% CEO Howard Schultz.

Still, think back seven years— a lifetime ago in the plant-based foods space, before everyone was raving about pea-protein burgers that bleed. It wasn't easy to convince people there was a market for plant-based infant and toddler formulas, cofounder and CEO Hamutal Yitzhak, told me in a recent phone chat from Tel Aviv.

"When we started, people were looking at us as if we were a bunch of lunatics," she said. "They didn't understand what we were doing. Cow's milk was considered the gold standard."

But the cofounders knew from their years in the industry that dairy milk doesn't work for many children. In particular, the experience of Kesler's granddaughter inspired their quest for a viable alternative.

"She was severely allergic to cow's milk formula. She started losing weight and rejecting any formula that was given to her, including soy alternatives," said Yitzhak, who previously headed up Abbott Nutrition's baby formula brand Similac in Israel and seen many such cases.

"There were so many intolerances and sensitivities and allergies, so I knew the solution to this would come from a non-inflammatory source, which would be plant-based," she said. 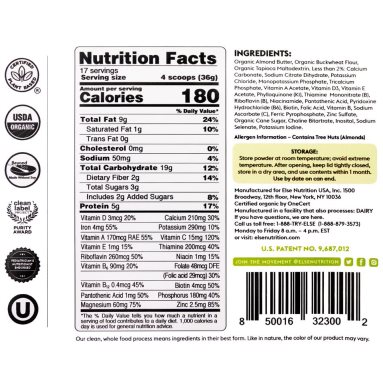 Else Nutrition's cofounders started with a toddler formula because it didn't require a complex approval process. But they are well aware that the holy grail for the infant nutrition industry is creating a formula for babies under 1-year old that replicates human breast milk. (The $50 billion global infant formula market is projected to reach $109 billion by 2027. ) The company is presently conducting clinical trials on its plant-based infant formula and going through the necessary steps to get approval from the U.S. Food and Drug Administration, Yitzhak said.

Competition is already heating up. Conagen, a synthetic biology company in Boston, has developed a technique for synthesizing lactoferrin, one of the key components of breast milk. Another company, Biomilq, in North Carolina, is attempting to culture human breast milk in the laboratory and recently raised $3.5 million from Bill Gates's investment firm, Breakthrough Energy Ventures. 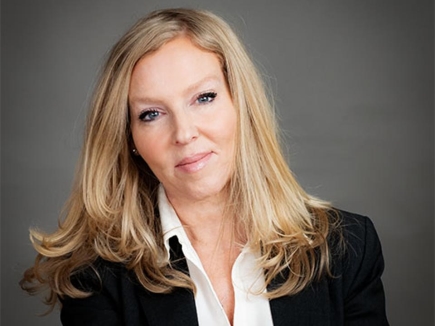 Else has assembled some 15 advisers, including former executives from such companies as Mead Johnson, Abbott Nutrition and Plum Organics. Other consultants hail from leading medical centers and academic institutions, including Boston Children's Hospital, Harvard Medical School, and Schneider Children's Medical Center of Israel.

The cofounders initially self-funded. "We invested everything we had," said Yitzhak. Revenue from a small toddler snacks-product company she had started with Kesler helped to sustain them through their long R & D phase.

The company has a strategic investor from the infant nutrition industry that had initially expressed interest in acquiring their business, Yitzhak said. The cofounders decided they didn't want to be a niche product for a major formula manufacturer and realized that going public would give them the resources they needed to scale up operations.

"We understood we needed to lead this company in the first few years," said Yitzhak. "We want to become a mainstream product."

The company is selling its toddler formula in the North American market through its website and hopes it will soon be available through Amazon.com and other retailers. A single can of Plant-Based Complete Nutrition costs $36 with the current discount, and holds 17 servings. A four-pack is currently on sale for $136. If a toddler consumes the recommended two servings a day, a can will last just over a week. It is, Yitzhak conceded, a "premium product."

Entrepreneurial success, in large part, is all about timing. And clearly the idea of plant-based formulas doesn't seem "lunatic" at all these days.

"We do feel the great vibes of the parents who really anticipated this for so long," Yitzhak said. 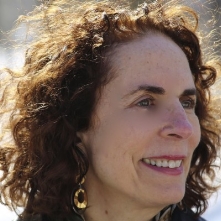 I'm a prize-winning business journalist and a weekend organic farmer in the Hudson Valley. My adventures growing my own food led me to start writing for Forbes in 2015 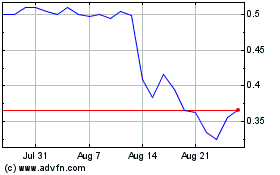 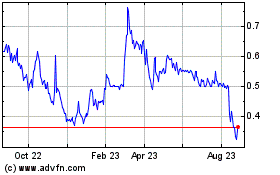 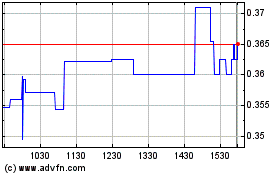