FORM 8-K
When used in this Current Report on Form 8-K, the terms “company”, “Defense Technologies,” “DTII”, “we,” “us,” “our” and similar terminology, reference Defense Technologies International Corp.
Item  2.03         Creation of a Direct Financial Obligation or an Obligation under an Off-Balance Sheet Arrangement of a Registrant.
On January 17, 2020, the company finalized two separate funding agreements from two separate lenders, whereby we received an aggregate of $250,000. On January 21, the company issued a press release to announce the funding, a copy of which is include herewith as Exhibit 99.1.
The first agreement, a 15%  Convertible Debenture in the amount of $220,000 due January 12, 2021 (the “Debenture”), includes a prorated original issue discount (“OID”) of $20,000. As a result of the OID, the Company received $200,000. The Debenture is convertible at any time into shares of DTII common stock at a price equal to the lower of (a) $0.60 per share, subject to adjustment; and (b) 60% of the lowest trading price during the 20 trading days immediately prior to the conversion date. In addition to the OID, the Debenture carries an interest rate of ten percent (10%) per annum.
The holder will not have the right to convert any portion of the Debenture if, giving effect to the conversion, the holder and/or any of its affiliates together, would beneficially own in excess of 4.99% of the outstanding shares of DTII. The company shall have the right at any time to redeem the Debenture after giving a twenty day notice of redemption to the holder.
The second funding agreement is a Convertible Promissory Note in the principal amount of $171,000 (the “Note”) with an interest rate of ten percent (10%) per annum. The Note includes a prorated OID of up to $15,000 to cover the holder’s fees and other transactional costs incurred in connection with the Note, which is included in the principal balance, plus legal costs. At the closing of the Note, we received the first tranche of $50,000. Additional tranches, up to the maximum amount of $100,000, will be funded as agreed upon by the parties. Thus, the purchase price of the Note equals the principal amount ($171,000) minus the OID ($15,000), or up to $156,000.00.
The holder of the Note has the right, at any time, to convert all, or ay part of the outstanding and unpaid principal amount and accrued interest, into shares of DTII common stock at a variable conversion price [“VCP”).  The VCP will be 55% of the market price of DTII shares, as determined by the lesser of the (i) lowest traded price, and (ii) lowest closing bid price on the applicable over the counter trading market, during the 25 trading-day period ending on the day prior to conversion. In the event the DTII shares are not deliverable via DWAC following a conversion under the Note, an additional ten percent (10%) discount will be factored into the VCP. If during the term of the Note the company ceases to be subject to the reporting requirements of the Securities Exchange Act of 1933, an additional fifteen percent (15%) will be factored into the VCP.
We intend to immediately use the new funds to purchase certain fabrication center equipment and assembly fixtures, which we believe will expand our production and fabrication capabilities of our Passive Portal walk-through weapons detector scanner. We will also pay out settlement of an existing note payable in the amount of $80,620. Future tranches from the Note will be used to enhance the production of the Passive Portal and for other general corporate activities.
Item 9.01            Financial Statements and Exhibits.
(d) Exhibits
Cautionary Note About Forward-looking Statements
Statements contained in this current report which are not historical facts, may be considered "forward-looking statements," which term is defined by the Private Securities Litigation Reform Act of 1995.  Any “safe harbor under this Act does not apply to a “penny stock” issuer, which definition would include the company.  Forward-looking statements are based on current expectations and the current economic environment.  We caution readers that such forward-looking statements are not guarantees of future performance. Unknown risks and uncertainties as well as other uncontrollable or unknown factors could cause actual results to materially differ from the results, performance or expectations expressed or implied by such forward-looking statements.
SIGNATURES
Pursuant to the requirements of the Securities Exchange Act of 1934, the registrant has duly caused this report to be signed on its behalf by the undersigned hereunto duly authorized. 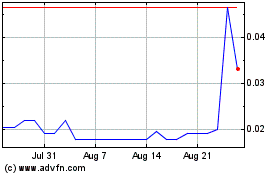 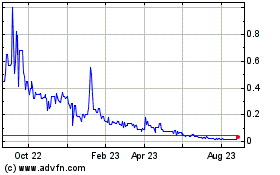 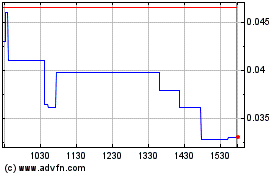