It should be noted that the Executives have received only 50% of their applicable base salary since April 2020 due to the COVID-19 pandemic and will continue to receive reduced salaries until such time as those certain Original Issue Discount Senior Secured Convertible Promissory Notes, as disclosed in CANB’s Current Report on Form 8-K filed with the SEC on December 16, 2020, are fully repaid.

Pursuant to the Employment Agreements, each of Alfonsi, Teeple, and Ferro will receive a base salary equal to $15,000 per month and Scala will receive a base salary equal to $52,000 per year, all subject to an annual increase of not less than 10% on each anniversary of the Employment Agreements during the term. If any amount of base salary cannot be paid due to cash flow considerations, such amount will be deferred and may be paid in common or preferred stock of the Company, as determined by the Company. The Company also agreed to issue a stock bonus to each Executive in accordance with the Company’s Incentive Stock Option Plan (“ISOP”) in an amount of $100,000 each year during the term of the applicable Employment Agreement. Furthermore, the Company agreed to issue 200 shares of the Company’s Series C Preferred Stock (“Series C Shares”) to each of Alfonsi, Teeple, and Ferro, and 20 Series C Shares to Scala.

Each Executive will also be eligible to receive other cash or stock bonuses as determined by CANB’s board of directors or, once established, its compensation committee, and will be entitled to participate in any welfare, health and life insurance and pension benefit and incentive programs, including sick pay and vacation time, as may be adopted from time to time by the Company. Until the Company has such plans in place, the Company will reimburse each of Alfonsi, Teeple, and Ferro up to a maximum amount of $2,500 per month for the actual cost paid by such Executive for a family medical and dental insurance program, and for reimbursement for the cost of personal life insurance at three (3) times the Executive’s annual base salary, pay an automobile-related allowance of $1,200 per month, and pay a flat rate home office allowance of $1,200 per month. The Company will also reimburse the Executives for all reasonable expenses incurred by them in performing their duties for the Company.

The Company agreed to indemnify each Executive for all claims against him by reason of such Executive being an officer, director, or employee of the Company, as applicable, pursuant to separate indemnity agreements entered into concurrently with the Employment Agreements. Notwithstanding the foregoing, the Company will not indemnify an Executive in the event any claim is the result of such Executive’s gross negligence or willful misconduct, or in certain other situations.

The Employment Agreements and the indemnity agreements contemplated thereby otherwise contain standard terms and conditions customary of contracts for these types of transactions.

On December 29, 2020, the Company granted each Executive incentive stock options to purchase 277,008 shares of the Company’s common stock (the “Options”). The Options expire on December 29, 2025, are exercisable at a price of $0.361 per share, and vest upon issuance. The Options were issued in accordance with and subject to the Company’s ISOP in reliance upon the exemption from securities registration afforded by Section 4(a)(2) of the Securities Act of 1933, as amended. 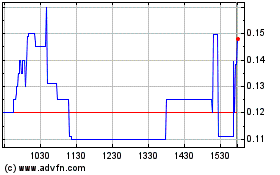