if Changed Since Last Report)

The company is pleased to provide this update to our shareholders regarding the status of our business in Guinea, and our development plans for the three concessions in Ghana.

Mansounia exploration permit was acquired in 2013 and was secured based on our technical and financial capabilities to obtain a mining permit. The 2013 exploration permit was near expiration when acquired and was subsequently renewed for the maximum of four times permitted by the Guinea Mining Code. In December 2019, the company submitted its final mining permit proposal to the Ministry of Mines. The ministry requested, in its discretion, that we provide evidence of funding to account for 15% of the capital required for project financing. The company was unable to secure the required financing during prior to expiration of the final permit extension, and the permit was withdrawn by decree from the Ministry of Mines. Although it is our understanding the Ministry of Mines exercises considerable discretion regarding the extension and revocation of permits and the grant of mining licenses, the decree to revoke our exploration permit suggests that our application is no longer under consideration. With respect to the fate of the project, we anticipate that we will attempt to renegotiate a position for the Mansounia project once Guinea reopens its border to international travel (the country has been inaccessible due to COVID-19) Currently the a permit for the property has been granted by way of two exploration licence to Penta Goldfields SARL, a company owned by our In country manager in Guinea, Mr. Nfamoussa Kaba.

We intend to renew and develop our three concessions in Ghana for their gold and diamond potential, and to explore the market for other viable assets. All three licences have expired and require an estimated USD $100’000. to renew. We are currently in discussions with with prospective equity investors to finance the renewal costs, however no agreement has been secured. Nevertheless, in order to secure necessary financing, we will be required to increase our authorized capital. The Asamankese, Osenase and Pramkese concessions are located near Asamankese, Akim Oda and Kade towns respectively. The concession is dominated by broad pene plain, dotted with moderate to high hills and remnant of rain forest. The area is hilly and rugged, running from 180m to 300m in elevation. Around the licences is the Atewa range about 1050m above sea level. There are little published records of extensive widely scattered gold mineralization old pits, shafts and adits, as well as artisanal gold workings in the concessions. In the mid-sixties, the Geological Survey Department of Ghana undertook reconnaissance mapping and soil geochemical survey in the area during which traces of gold were recorded in panned concentrates of geochemical samples.

Osenase is in the Birim Central Municipal District. The nearest town to the project area is the District Capital Akim Oda. This project has seen limited amount of gold exploration. The concession was previously held by Cornucopia Resources in the 1990s and was engaged in potential for a diamond resource. Paramount Mining Corporation held the concession for almost 6 years with limited amount of work. The limited work done was focused on diamondiferous hard rock potential at Atiankama Nkwanta. The presence of diamonds in what appears to be an in-situ unit exposed by the Francis Pits at Atiakama Nkwanta provides an opportunity to explain the source of some of the diamonds in the region. S Two oriented grids were sampled in 2007 but were never analysed for gold. The samples have been stored at the Manso camp to be analysed later. No subsequent work has been carried out to establish gold or diamond potential, and there is no guarantee that ore is present in economically significant quantity.

Asamankese is a 150Km2 Prospecting License (PL) in the West Akim District. The nearest town to the project area is the District Capital Asamankese. Asamankese was originally part of Osenase under a reconnaissance licence. In 2006, about 4 soil-oriented grids on 800m x 50m was established and sampled. The samples were stored at the Manso camp to be analysed later. The samples are still in storage at the Manso camp. A total of 436 samples representing two of the gridlines L1600N and L2400N at 800m apart were later on analysed for gold. The samples were sent to SGS Tarkwa for 2kg BLEG analysis. Results received were not encouraging for gold, with only one modest spike of 170 ppb Au, associated with alluvials. A limited stream sediment program began in November 2008 but could not be completed due to financial constraints. About 108 stream sediment samples were collected and panned for visible gold out of a total 183 planned. No laboratory analysis was carried out. About 80 sample points are still yet to be sampled.

Pramkese is a 66 square kilometres Prospecting License (PL) in the Kwaebibirim District located in the Birim Diamond Field. The nearest town to the project area is the District Capital Kade. Limited reconnaissance work was carried out in 2009 and the licence was converted to a Prospecting Licence. The exercise concentrated on the south of the town of Pramkese. Ten (10) alluvial pits were dug and sampled. The samples collected were panned and hand jigged for gold and diamond respectively. In the early 90’s, a fair amount of work was done on the concession for both alluvial gold and diamond by Basogard. Basogard defined some alluvial gold and diamond resources which were never investigated.

The company is now in discussions with various potential partners to explore and define the potential of these concessions, however no definitive agreements have been reached. 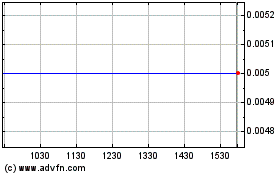