1.075
0.00 (0.0%)
Upgrade to Real-Time
Market Closed
1.075
Current Report Filing (8-k)
June 16 2020 - 04:58PM
Edgar (US Regulatory)
UNITED STATES
SECURITIES AND EXCHANGE COMMISSION
WASHINGTON, DC 20549
FORM 8-K
CURRENT REPORT
Pursuant to Section 13 or 15(d) of the
Securities Exchange Act of 1934
Date of Report (Date of earliest event reported): June 16, 2020
Bimini Capital Management, Inc.
(Exact Name of Registrant as Specified in Charter)
3305 Flamingo Drive, Vero Beach, Florida 32963
(Address of Principal Executive Offices) (Zip Code)
Registrant’s telephone number, including area code (772) 231-1400
N/A
(Former Name or Former Address, if Changed Since Last Report)
Check the appropriate box below if the Form 8-K filing is intended to simultaneously satisfy the filing obligation of the registrant under any of the following provisions:
Securities registered pursuant to Section 12(b) of the Act: None.
Indicate by check mark whether the registrant is an emerging growth company as defined in as defined in Rule 405 of the Securities Act of 1933 (§230.405 of this chapter) or Rule 12b-2 of the Securities Exchange Act of 1934 (§240.12b-2 of this chapter).
Emerging growth company  ◻
If an emerging growth company, indicate by check mark if the registrant has elected not to use the extended transition period for complying with any new or revised financial accounting standards provided pursuant to Section 13(a) of the Exchange Act.  ◻
Item 5.07. Submission of Matters to a Vote of Security Holders.
At the annual meeting of stockholders of Bimini Capital Management, Inc. (the “Company”) held on June 16,2020 (the “Annual Meeting”), the stockholders voted on the following matters: (i) the election of one Class II director, (ii) the ratification of the appointment of BDO USA, LLP as the Company’s independent registered public accounting firm for the year ending December 31, 2020, (iii) the approval, by a non-binding vote, of the Company’s executive compensation and (iv) the recommendation, on an advisory basis, of the frequency of future advisory votes on the compensation of the Company’s named executive officers. As of April 14, 2020, the record date for the Annual Meeting, there were 11,640,493 shares of common stock outstanding and entitled to vote.  The full results of the matters voted on at the annual meeting of stockholders are set forth below:
Proposal 1— Election of Class II Director. Based on the results presented below, Mr. Robert E. Cauley was elected to our Board to serve until the 2025 annual meeting of the Company’s stockholders or until his successor is elected and qualified

___________
Proposal 2—Ratification of Appointment of Independent Registered Public Accounting Firm. This proposal was ratified upon the following vote.

___________
Proposal 3 — Advisory Vote on Named Executive Officer Compensation. This advisory vote was approved upon the following vote.
Proposal 4 — Advisory Vote on the Frequency of Future Advisory Votes on Named Executive Officer Compensation. The stockholders recommended, on an advisory basis, that future votes on named executive officer compensation be conducted once every three years.
In view of these voting results and in accordance with the stockholders’ recommendation, the Board of Directors has determined that an advisory vote on named executive officer compensation will be submitted to stockholders once every three years until the next required advisory vote on the frequency of future advisory votes on named executive officer compensation.
Caution About Forward-Looking Statements.
This Current Report on Form 8-K contains forward-looking statements within the meaning of the Private Securities Litigation Reform Act of 1995 and other federal securities laws. These forward looking statements are based upon the Company’s present expectations, but the Company cannot assure you that actual results will not vary from the expectations contained in the forward-looking statements. Investors should not place undue reliance upon forward looking statements. For further discussion of the factors that could affect outcomes, please refer to the “Risk Factors” section of the Company's Form 10-K for the year ended December 31, 2019.  All forward-looking statements speak only as of the date on which they are made. New risks and uncertainties arise over time, and it is not possible to predict those events or how they may affect the Company. Except as required by law, the Company is not obligated to, and does not intend to, update or revise any forward-looking statements, whether as a result of new information, future events or otherwise.
SIGNATURES
Pursuant to the requirements of the Securities Exchange Act of 1934, the Registrant has duly caused this report to be signed on its behalf by the undersigned hereunto duly authorized.
Bimini Capital Management (QB) (USOTC:BMNM)
Historical Stock Chart
From Dec 2020 to Jan 2021 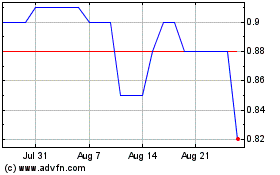 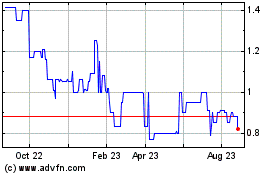 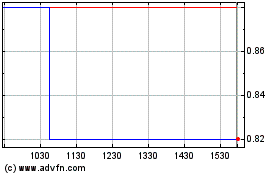