THC Therapeutics, Inc. (THCT) (Market Cap: $166.962M; Share Price: $12.50) has developed a sanitizing herb dryer, The dHydronator®.  Their laboratory-proven product is specifically designed for drying and sanitizing freshly harvested cannabis and herbs.  THCT’s product has been tested by two independent laboratories.  The testing covered over 6 strains and 9 independent tests to confirm the findings. Over the 9 tests and 6 strains, there was a 4% average increase of THC-A*.

The US patent office has accepted ALL 20 claims for The dHydronator®. The company has received full patent protection for the dHydronator®.   Start your research today on THCT.

HEXO Corp (AMEX: HEXO) (Market Cap: $1.639B; Share Price: $7.81) and Newstrike Brands Ltd. ("Newstrike") (TSX-V: HIP) had announced in March that they had entered into a definitive arrangement agreement (the "Arrangement Agreement") under which HEXO will acquire all of Newstrike’s issued and outstanding common shares in an all-share transaction valued at approximately $263 million.  The Transaction gives HEXO the capacity to produce approximately 150,000 kg of high-quality cannabis annually.  The Transaction also provides HEXO access to four cutting-edge production campuses totaling close to 1.8 million sq. ft. of near-term cultivation space and diversified growing and production techniques.  This is in addition to HEXO’s 579,000 sq. ft. facility for a manufacturing and product development center of excellence in Belleville, Ontario.  Yesterday, it announced that it has entered into irrevocable hard voting support agreements with shareholders of Newstrike Brands Ltd. representing in aggregate approximately 38.3% of Newstrike's issued and outstanding common shares.  HEXO Corp has its headquarters in Gatineau Canada, and it produces and sells most of its cannabis products in the country.

The Brantford, Ontario-based Newstrike Brands were granted a cultivation license on 16 December 2016 and the company expects its harvest to be about 42,000 kg of cannabis. Although the company has not been around for long compared to HEXO, it has high capacity for cannabis production. HEXO recently announced that it had completed the first harvest in its 1 million sq. ft. expansion, marking an important execution milestone in the company's continuous growth.

HEXO Corp., through its subsidiary, HEXO Operations Inc., produces, markets, and sells cannabis in Canada.  The company offers dried cannabis under the Time of Day and H2 lines: Elixir, a cannabis oil sublingual mist product line and Decarb, an activated fine-milled cannabis powder product.  It provides its products under the HEXO and Hydropothecary brand names. The company serves medical and adult-use markets.  As one of the largest licensed cannabis companies in Canada, HEXO Corp operates with 1.8 million sq. ft of facilities in Ontario and Quebec and a foothold in Greece to establish a Eurozone processing, production and distribution center.

Auxly Cannabis Group Inc. (USOTC: CBWTF) (Market Cap: $390.992M; Share Price: $0.645) recently released its fourth quarter and full year 2018 financial results.  These filings and additional information regarding Auxly are available for review on SEDAR.   For the year ended December 31, 2018, Auxly recognized $747,000 of research revenues from the recently completed acquisition of KGK in the third quarter of 2018.  Auxly realized a gross loss of $188,000 in 2018 comprised of revenues less KGK expenses of $1,078,000 in support of third-party research contracts.

Recently, it announced that its wholly-owned subsidiary, Robinsons Cannabis Inc. ("Robinsons"), has been granted standard cultivation and processing licenses by Health Canada pursuant to the Cannabis Act and Cannabis Regulations.  The licenses give Robinsons the ability to begin cultivation at its fully constructed 27,700 square-foot facility in Kentville, Nova Scotia, which was purpose-built to produce high-quality cannabis.

Aphria Inc. (NYSE: APHA) (Market Cap: $1.899B; Share Price: $7.55) announced on Friday that its German subsidiary, Aphria Deutschland GmbH, has been selected by the German Federal Institute for Drugs and Medical Devices to receive a license for the domestic cultivation of medical cannabis.  The provisional decision announced by BfArM is subject to a mandatory 10-day standstill period for public contracts, which permits unsuccessful bidders to challenge the decision before the final contract is signed. 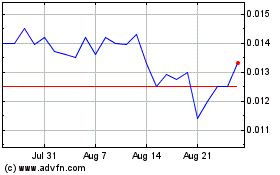 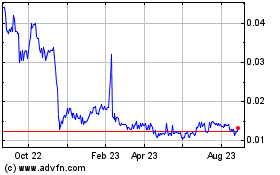 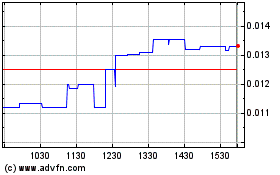