INFORMATION TO BE INCLUDED IN STATEMENTS FILED PURSUANT

If the filing person has previously filed a statement on Schedule 13G to report the acquisition that is the subject of this Schedule 13D, and is filing this schedule because of Rule 13d-1(e), 13d-1(f) or 13d-1(g), check the following box ☐

Note. Schedules filed in paper format shall include a signed original and five copies of the schedule, including all exhibits. See Rule 13d-7 for other parties to whom copies are to be sent.

* The remainder of this cover page shall be filled out for a reporting person’s initial filing on this form with respect to the subject class of securities, and for any subsequent amendment containing information which would alter disclosures provided in a prior cover page.

This Statement of Beneficial Ownership on Schedule 13D (this “Schedule 13D”) relates to the ordinary common shares, $0.003 par value per share (the “Ordinary Shares”), of Atlas Financial Holdings, Inc., a Cayman Islands company (the “Company”). The Company reports that its principal executive offices are located at 953 American Lane, 3rd Floor, Schaumburg, Illinois 60173.

JKJ purchased 22,200 Ordinary Shares through various open market purchases. JKJ also acquired 451,924 Ordinary Shares reported as a set-up fee for the term loan facility under the Credit Agreement (as defined in Item 6) in consideration for JKJ extending $ 328,672.23 to the Issuer.

Item 4. Purpose of the Transaction

The information set forth in Item 3 is incorporated by reference herein.

Kurt Lageschulte, a member of both JKJ Management and Investment Partners was appointed to serve as a member of the board of directors of the Issuer.

Except for the foregoing, the Reporting Persons have no plans or proposals which relate to, or could result in, any of the matters referred to in paragraphs (a) and (c) through (j) of Item 4 of Schedule 13D.

The filing of this Statement shall not be construed as an admission that any of the Reporting Persons is the beneficial owner of any securities covered by the Statement other than the securities actually owned by such person (if any).

JKJ Management is the general partner of JKJ, and as such, it has voting and investment discretion with respect to the securities held by JKJ. As such, JKJ Management may be deemed to share beneficial ownership of the Ordinary Shares held directly by JKJ.

The aggregate number and percentage of Ordinary Shares over which each Reporting Person may have dispositive and voting power are as follows:

(c) The information set forth in Item 3 is incorporated by reference herein. Except as described above, the Reporting Persons have not engaged in any transactions with respect to the Issuer’s Ordinary Shares in the past 60 days.

(d) No person other than the Reporting Persons is known to have the right to receive or the power to direct the receipt of dividends from, or the proceeds from the sale, of the Ordinary Shares covered by this Statement.

Item 6. Contracts, Arrangements, Understandings or Relationships with Respect to Securities of the Issuer.

On August 31, 2021, the Company entered into a Restructuring Support Agreement (the “RSA”) with Broadbill LP, Broadbill Arbitrage, JKJ, and other holders (collectively the “Supporting Noteholders”) of approximately 48% of the Company’s 6.625% senior unsecured notes due 2022 (the “Notes”) issued pursuant to that certain Indenture dated as of April 26, 2017, as amended and supplemented by the First Supplemental Indenture of even date (the “Indenture”) between the Company and Wilmington Trust, National Association, as trustee (the “Trustee”).

The RSA memorializes the agreed-upon terms for a financial restructuring through an exchange of the Notes on the terms and conditions set forth in the Exchange Term Sheet attached as an exhibit to the RSA (the “Note Exchange”). The RSA contemplates that the Note Exchange will be effectuated through (i) a scheme of arrangement in respect of the Notes pursuant to section 86 of Part IV of the Companies Act (2021 Revision) of the Cayman Islands (the “Scheme”) and (ii) a recognition proceeding with respect to the Scheme pursuant to chapter 15 of title 11 of the United States Code. Under the terms of the RSA, the Note Exchange is expected to be completed by March 1, 2022, resulting in a one-for-one note exchange with a five-year extension of the stated maturity and other agreed modifications.

The description of the RSA is qualified in its entirety by reference to the full text of such agreement, a copy of which was filed as Exhibit 10.1 to the Current Report on Form 8-K filed by the Issuer with the SEC on September 1, 2021 and is incorporated by reference herein as Exhibit 10.1.

On September 1, 2021, the Issuer and certain of its subsidiaries, as borrowers (collectively, the “Borrowers”), entered into a Convertible Senior Secured Delayed-Draw Credit Agreement (the “Credit Agreement”), agented by Sheridan Road Partners, LLC (in such capacity, the “Agent”), with Broadbill II LP, Broadbill Arbitrage, JKJ, and certain Supporting Noteholders named therein as lenders (the “Lenders”), pursuant to which the Lenders made available to the Borrowers a term loan facility in the aggregate principal amount of $3,000,000 (the “Term Loans”). The Lenders will advance $2 million of the Term Loans shortly after closing (subject to the satisfaction by Borrowers of certain funding conditions), and $1 million under delayed draws of the Term Loans may be accessed by the Borrowers within 18 months of closing, in each case, subject to the terms and conditions set forth in the Credit Agreement. The Borrowers can use the proceeds of the Term Loans for funding the pending exchange of the Notes and for payments of certain agreed upon permitted expenditures. Interest will accrue on the funded Term Loans at 12% per annum and may be paid in cash or in kind; provided, that upon the occurrence and during the continuance of an event of default, the interest rate would be increased to 14% per annum and any such interest must be paid in cash by the Borrowers. The term of the term loan facility is 24 months.

As a set-up fee for the term loan facility, 2,406,250 Ordinary Shares, $0.003 par value per share, of the Company were issued to each of Broadbill II LP, Broadbill Arbitrage, and JKJ upon execution of the agreement, and up to an additional 2,250,000 Ordinary Shares may be issued in connection with the delayed draws, if utilized. In addition, borrowed principal can be converted at any time into Ordinary Shares at the applicable Lender’s discretion at a rate of $0.35 per share, and upon such conversion, interest payable under the Credit Agreement that is deemed to be part of the principal amount of the Term Loans pursuant to the Credit Agreement, if any, may be paid in cash in the Borrowers’ discretion or converted into Ordinary Shares at the same rate as the principal.

Under the Credit Agreement, the Borrowers have the option at any time to prepay the Term Loans in whole or in part subject to the payment of certain yield protection payments. The Lenders have the right to demand prepayment, along with payment of certain yield protection payments, upon the occurrence of an event of default, change of control, sale of certain assets of the Borrowers, a casualty event, eminent domain, or condemnation, in each case, subject to certain negotiated limitations.

The description of the Credit Agreement is qualified in its entirety by reference to the full text of such agreement, a copy of which was filed as Exhibit 10.2 to the Current Report on Form 8-K filed by the Issuer with the SEC on September 1, 2021 and is incorporated by reference herein as Exhibit 10.2.

Item 7. Materials to be Filed as Exhibits:

In accordance with Rule 13d-1(k)(1)(iii) under the Securities Exchange Act of 1934, as amended, the persons named below agree to the joint filing on behalf of each of them of this Statement on Schedule 13D with respect to the Ordinary Shares of the Company. 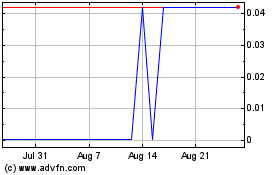 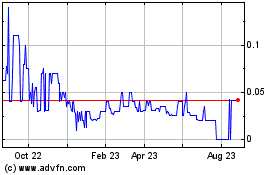 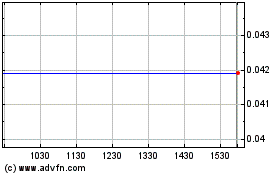