TORONTO, ON, Canada -- November 18, 2019 -- InvestorsHub NewsWire -- Amfil Technologies Inc. (OTC: FUNN) has submitted audited FYE 2018 and unaudited FYE 2019 and Q1 2020 financial statements with the OTC Markets Exchange which will remove the ‘Stop Sign’ status and bring the company current in its reporting obligations. In the last three years, following the acquisition of its largest revenue generating subsidiary, Snakes and Lattes,  Amfil Technologies Inc. has had top line revenue growth of over 4900% from FYE 2016 of $230,985 to FYE 2019 of $11,373,432. Three of four years have now undergone a rigorous audit process, validating the company’s substantial growth.

The FYE 2016 through FYE 2018 audit has been a long and arduous process for the company and shareholders alike. The extended process was a result of the considerable growth of Snakes & Lattes from a small privately-owned board game café to a public company. The company subsequently required significant updating of accounting procedures, a process which has now been completed. The company will file the audited FYE 2019 statements once completed and will continue moving forward with its growth-orientated business strategy while awaiting the ‘current information’ status on OTC Markets to be updated accordingly.

As previously stated, the company will remain current with its reporting obligations moving forward regardless of audit status (we do NOT expect delays moving forward now that we have implemented new practices, procedures, and other professional accounting support). Regardless, to uphold our commitment to maintain the Current Information status, we will be submitting ALL REQUIRED filings/submissions on time. If not audited immediately, they will be filed audited once they have been audited and signed off on.

During the last two weeks of the FYE 2018 audit process, the auditors recommended adjusting certain revenue, COGS, inventory, and accounts payable numbers across the board for two major product lines that the company sells / fulfills. This was due to a lack of proper response from the supplier for ‘confirmation requests’ in time for completion. As a result, the company was re-classified as an ‘agent’ for those particular products rather than a ‘seller’.

Despite the fact that the company was established as a ‘seller’ as opposed to being in the exact same relationships through previous audits, we reluctantly accepted this change and made the concession in an effort to complete and file the final audit ASAP. Trying to dispute this matter last minute would have resulted in further delays to audit completion, something neither the Company, nor its shareholders would benefit from, especially being that the information is currently so dated. Ultimately, the reclassification from ‘seller’ to ‘agent’ made no difference to the overall statements; the balance between assets and liabilities remains the same as the original, with different numbers. What was removed from accounts payable and inventory was also removed from revenue and COGS. (Cost of goods sold)

The FYE 2019 reports the company provided has additionally removed the revenue, COGS, inventory and accounts payable from the same supplier, for the same reasons regarding the two particular products. If proper confirmations from suppliers are received, the company will have the option of adjusting FYE 2019, and will cross that bridge when it comes. The Company does not want to dwell on these types of ‘accounting semantics’, which have little to no bearing on the underlying business and financial position. Rather, the Company is focused on, and looking forward to the rest of the fiscal year 2020.

This main growth Strategy for FY 2020 and beyond will be the acquisition / merging of existing board game cafes under the Snakes and Lattes brand. AMFIL is in talks with several companies to have them merge in or be acquired under the Snakes & Lattes umbrella. While opening new corporate locations from scratch will still be on-going, this new strategy is believed to add additional locations at a faster rate and at a lower cost. Guelph, ON as recently announced will be the first accomplishment of this new focus. Amfil is also in discussion to acquire or merge-in a large fulfillment company in the near future. We are really looking forward to completing the required upgrades/renovations and having both the Tucson, AZ and Guelph, ON locations up and running in the very near future.

The Company remains steadfast in its originally announced plans to spin off some of the AMFIL activities, namely GRO3 and Interloc-Kings, leaving Snakes & Lattes as the stand-alone entity under ticker symbol FUNN. The ticker change to FUNN was the first step into that direction and the name change should be completed in the coming months. The goal is to spinoff the GRO3 and Interloc-Kings Inc. subsidiaries into a separate stand-alone public entity and provide current shareholders with a special dividend of shares in the new entity based upon their holdings at the time this action is completed.

Snakes and Lattes has grown quite a lot over the past few years. The company has identified the need and is actively working on a new CEO for Snakes and Lattes that could help manage the company during this growth phase. This delegation of duties shift would allow Ben Castanie to be able to spend more time focusing on additional growth initiatives on various levels for the company. Interest has been expressed and there are ongoing discussions with a gentlemen who helped expand a retail company into hundreds of locations in the past to come on board in the near future.

FYE 2020, which ends June 30th 2020, should prove to be a very exciting time for the Company. The company expects at the very least to have an additional three locations in operation, which are currently in various stages of progress, bringing the operational Snakes & Lattes boardgame cafes/bars location count from 4 to 7.  The new focus on merging and/or acquiring existing locations alongside the potential for an injection of additional capital on friendly terms, means that these numbers may significantly exceed expectations.

Moreover, The Company is looking forward to an increase in the distribution / fulfillment division sales, generated from the potential partnering and acquisition of additional currently operational houses and the official launch of our first in house published game titles (which have received tremendous feedback thus far). Margins on the in-house produced games are significantly higher than what is received through the ‘traditional’ distribution & fulfillment division and is anticipated to greatly contribute to the requirements of the growing business, fuel new and ongoing initiatives, and allow for faster and more aggressive expansion moving forward by providing the additional cash flow.

We will have additional updates coming shortly on the various on-going initiatives and expansion progress as it is made.

For further updates from the Snakes & Lattes and its parent company, Amfil Technologies Inc. please follow us on Twitter @AmfilTech

For more information regarding the company, and its related subsidiaries please visit the following websites:

1). Snakes & Lagers Inc. holds the trade name and is the owner of Snakes & Lattes Inc. which currently operates 3 tabletop gaming bars and cafes located in Toronto, Ontario and 1 in Tempe, Arizona. The company is in the process of expanding throughout North America. Snakes & Lattes Inc. was the first board game bar and cafe in North America, is believed to be the largest in the world and has the largest circulating public library of board games in North America for customers to choose from. Snakes & Lattes Inc. currently has a 100+ member staff and recently acquired the exclusive distribution rights throughout Canada for some of the most popular board games in the world. The company also operates a lucrative fulfillment and distribution division and has recently entered into the board game publishing business through the acquisition of Morning which is expected to add significant revenues to the bottom line. For more information on Snakes & Lattes Inc. feel free to visit the website at www.snakesandlattes.com.

2). The EcoPr03 GRO3 Antimicrobial System was jointly developed between Amfil Tech and A.C.T.S. Inc. which recently rebranded its technology under Advanced Ozone Integration as an extension of the existing ozone technology being utilized in the food and beverage industry and integrated by A.C.T.S. into companies such as Pepsi, Nestle, Sysco, Sun Pacific and many others. The system is a triple-function sanitization unit capable of naturally eliminating 99.9% of water and airborne pathogens and the typically problematic pests that wreak havoc for cultivators (like aphids, whiteflies and spider mites), as well as bacteria, fungus, microbes and mold on surfaces, all without chemicals. The unit can also constantly regulate a given facility's water supply, oxygenating the water and maintaining a consistent PPM infusion of ozone that prevents the formation of algae, bacteria or mold (allowing for comprehensive water recycling), simultaneously removing the need to use pesticides and/or dangerous, often carcinogenic products to treat production problems, as is common throughout the industry today. This environmentally-friendly solution also eliminates odors, while slightly reducing the air temperature, lowering energy consumption by the HEPA filtration and HVAC systems and could potentially allow for a facilities process to be labeled certified organic in the U.S.A. when the crop is no longer considered illegal on the federal level, otherwise "Clean Green" or "Certified Kind" in the meantime. The EcoPr03 GRO3 Antimicrobial System recently passed product review by a registered USDA certifying agent for use in California as well as Pennsylvania and surrounding states. The subsidiary has developed a strategic partnership with Roto Gro, the creator of proprietary rotary hydroponic technology. More information on this product line can be found on the www.gro3systems.com website or on twitter @GRO3Systems.

3). Interloc-Kings Inc. is a hardscape construction company servicing the Greater Toronto Area. This subsidiary is an authorized Unilock installer. Unilock is North America's premier manufacturer of concrete interlocking paving stones and segmental wall products. Interloc-Kings Inc. has an A+ Rating with the Better Business Bureau (BBB) and a 10/10 rating on homestars.com. Specializing in stone and wood installations between $5,000 and $150,000 per project, Interloc-Kings Inc. has quickly become a top, high quality installation company of outdoor living areas in the GTA. More information on this subsidiary can be found at the website www.interloc-kings.com.

This news release contains statements that involve expectations, plans or intentions (such as those relating to future business or financial results, new features or services, or management strategies) and other factors discussed from time to time in the Company's OTC Market or Securities and Exchange Commission filings. These statements are forward-looking and are subject to risks and uncertainties, so actual results may vary materially. You can identify these forward-looking statements by words such as "may," "should,", "will", "expect," "anticipate," "believe," "estimate," "confident," "intend," "plan" and other similar expressions. Our actual results, such as the Company's ability to finance, complete and consolidate acquisition of IP, assets and operating companies, could differ materially from those anticipated in these forward-looking statements as a result of certain factors not within the control of the company such as a result of various factors, including future economic, competitive, regulatory, and market conditions. The company cautions readers not to place undue reliance on any such forward-looking statements, which speak only as of the date made. The company disclaims any obligation subsequently to revise any forward-looking statements to reflect events or circumstances after the date of such statements or to reflect the occurrence of anticipated or unanticipated events. 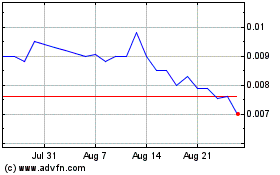 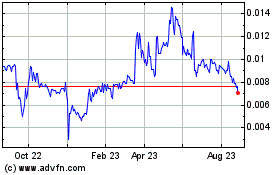 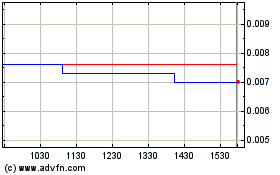