This Amendment No. 1 to the Current Report on Form 8-K (this “Amendment”) is being filed by America Great Health (the “Company”) for the purpose of amending Item 4.01  Changes in Registrant’s Certifying Accountant of that certain Current Report on Form 8-K originally filed by the Company with the U.S. Securities and Exchange Commission (“SEC”) on May 7th, 2020 (the “Original Form 8-K”) in connection with the changing of auditors. As indicated in the Original Form 8-K, this Amendment is being filed to also include Letter from MJF & Associates, as specified in Item 9.01 Financial Statements and Exhibits.

In April, 2019, America Great Health (the “Company”) was notified of the resignation of its independent registered public accounting firm, MJF & Associates, APC (“MJF”), effective that date. The Company’s Board of Directors accepted the resignation of MJF upon receipt of the notification and has commenced a search for a new independent public accounting firm.

No report of MJF on the financial statements of the Company’s fiscal years ended June 30, 2018 contained an adverse opinion or a disclaimer of opinion or was qualified or modified as to uncertainty, audit scope, or accounting principles, except that the audit report on the consolidated financial statements of the Company for the fiscal year ended June 30, 2018 contained an uncertainty about the Company’s ability to continue as a going concern.

MJF at the time of resignation had not been engaged to perform an audit of the Company’s consolidated financial statements, or released a report or opinion regarding the Company’s financial statements, for the fiscal year ended June 30, 2019. During the time of their engagement and up through their resignation on, there were no disagreements with MJF on any matters of accounting principles or practices, financial statement disclosure or auditing scope and procedures which, if not resolved to the satisfaction of MJF, would have caused MJF to make reference to the matter in their report. There were no reportable events (as that term is described in Item 304(a)(1)(v) of Regulation S-K) during the fiscal year ended June 30, 2018, except as noted in the following paragraph.

1.  We identified material weaknesses in our ICFR primarily attributable to (i) lack of segregation of incompatible duties; and (ii) insufficient Board of Directors representation. These weaknesses are due to our inadequate staffing during the period covered by this report and our lack of working capital to hire additional staff. Management has retained an outside, independent financial consultant to record and review all financial data, as well as prepare our financial reports, in order to mitigate this weakness. Although management will periodically re-evaluate this situation, at this point it considers that the risk associated with such lack of segregation of duties and the potential benefits of adding employees to segregate such duties are not cost justified. We intend to hire additional accounting personnel to assist with financial reporting as soon as our finances will allow.

These material weaknesses have not been remediated as of the date of this Current Report on Form 8-K..

The Company has provided a copy of the foregoing disclosures to MJF and requested that MJF furnish it with a letter addressed to the Securities and Exchange Commission stating whether MJF agrees with the above statements. A copy of MJF’s letter to the Securities and Exchange Commission, dated May 8, 2020, is filed as Exhibit 16.1 to this Form 8-K.

On April 30, 2020, the Company engaged TAAD LLC (“TAAD”) as our independent registered public accounting firm to audit the Company’s consolidated financial statements for its fiscal year ended June 30, 2019 and June 30, 2020.

During each of the Company’s two most recent fiscal years and through the date of this report, (a) the Company has not engaged TAAD as either the principal accountant to audit the Company’s financial statements, or as an independent accountant to audit a significant subsidiary of the Company and on whom the principal accountant is expected to express reliance in its report; and (b) the Company or someone on its behalf did not consult TAAD with respect to (i) either: the application of accounting principles to a specified transaction, either completed or proposed; or the type of audit opinion that might be rendered on the Company’s financial statements, or (ii) any other matter that was either the subject of a disagreement or a reportable event as set forth in Items 304(a)(1)(iv) and (v) of Regulation S-K. 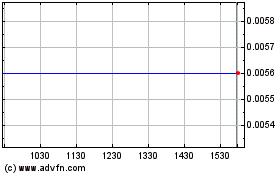