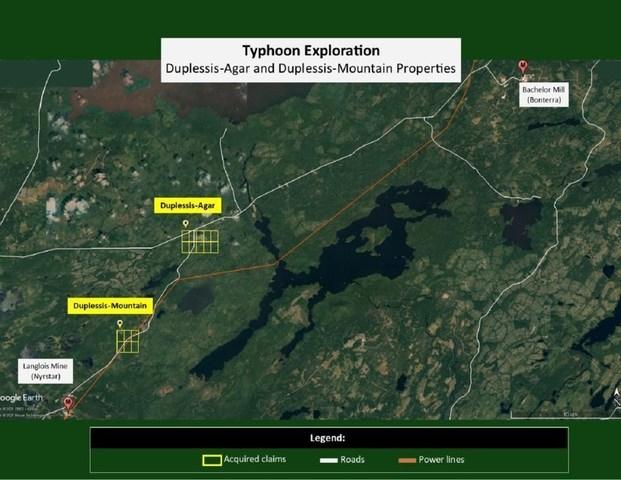 The transaction covers 16 mining claims separated into two distinct blocks (Duplessis– Agar and Duplessis–Mountain), and totalling nearly 900 hectares, which are easily accessible by regional roads and a network of forestry roads.

These claims are part of an important regional geological structure within the Urban–Barry mining camp, which is renowned for its gold potential and which holds at least 14 recognized gold deposits with historical or published resources1.

The gold showings of the Duplessis–Agar Property are located approximately 30 km south of the Bachelor Mine mill, currently in the Site Restoration and Environmental Study phase by the company Bonterra Resources Inc. (TSXV: BTR).

Since 1945, various exploration work (stripping, ground geophysics, drilling) has been carried out on the property. At the end of the 1980s, this work intensified and focused on the property's gold potential.

The gold system defined by historical work covers an area of approximately 0.5 by 1.0 km, where stripping has revealed no less than 8 zones of mineralized outcrops.

The compilation of historical work has made it possible to identify a series of significant results, the grade of which generally varies between 2.5 g/t Au and 5.75 g/t Au, over lengths ranging from 2.5 m to more than 10 m.

The table below presents a series of historical results3 from the documented work carried out between 1988 and 1990.

The Agar mineralized system is hosted by a localized complex of mafic intrusions within a large regional north-east trending shear. The types of rocks that contain the gold mineralization are varied: diorite, gabbro, porphyritic intrusions, felsic volcanic rocks and sediments. The known structural orientations make it possible to infer the presence of a kilometric fold hinge.

Typhoon will proceed with the integration of all historical exploration data into a comprehensive database and construct a 3D exploration model. All targets generated by this compilation work will be drill tested. The Company is very excited to undertake this exploration effort on a property that has not seen any exploration work in over 30 years and that is strategically located in a very active mining camp.

"This new positioning in a very active exploration area is part of Typhoon's strategy to pursue the acquisition of high potential mineral properties, to increase the value of the Company, and increase shareholder value," states Ghislain Morin, Typhoon Exploration's CEO.

Typhoon acquired 100% of the Duplessis–Agar and Duplessis–Mountain properties for $125,000 cash and a 1% royalty (NSR). 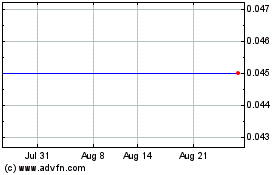 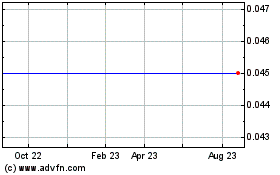 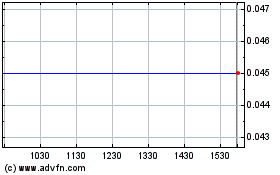