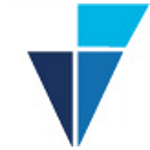 1 Non-GAAP Measure. See Non-GAAP Measures section of this news release.
2 including the year over year favourable impact of the implementation of IFRS 16 of approximately $1.2 million

3including the year over year favourable impact of the implementation of IFRS 16 of approximately $5.2 million
4 Non-GAAP Measure. See Non-GAAP Measures section of this news release.

"2019 was a transformational year for Pivot.   We successfully managed through volume changes with our two major customers, returning to overall revenue growth in Q4, 2019.   The increase in revenue was achieved by driving sizeable revenue growth of 6% from non-major customers.  In addition, during the quarter, we successfully sold our Smart Edge assets to Intel for $27 million, generating significant cash for the business and strengthening our balance sheet," said Kevin Shank, CEO.  "Further, we entered into an agreement with Intel designating Pivot as a non-exclusive preferred system integrator and channel partner for Smart Edge based solutions.  As a result, Pivot retains the ability to sell, deploy, and manage Smart Edge solutions going forward.   Looking at the entire year, Pivot continued to grow stronger as gross profit dollars grew, gross margin percentage increased, expenses declined, and overall adjusted earnings were significantly higher," added Mr. Shank.

"Adjusted EBITDA was up 56.2% to $7.5 million in the fourth quarter, while diluted EPS came in at $0.41, which includes the gain on sale of the Smart Edge assets," said David Toews, Chief Financial Officer.  "The sale of Smart Edge generated a cash infusion which strengthened the Company's balance sheet, allowing Pivot to continue focusing on our capital allocation priorities.  As part of the Company's integration initiative, we combined certain U.S. wholly owned subsidiaries and related business units through a merger. This allows us to centralize several functional areas, which we expect will generate cost reductions, while improving controls and creating efficiencies."

The Company introduced a new non-GAAP measure called Adjusted Debt.  Adjusted Debt is defined as current liabilities, plus long-term other financial liabilities, less lease obligations and current assets.  The Company believes Adjusted Debt normalizes the impact of changes in working capital and therefore it is a more relevant indicator of the Company's net debt position.

On June 19, 2019, the Company received regulatory approval for an NCIB to purchase up to 3,791,395 common shares of the Company, or approximately 10% of the Company's total public float at prevailing market prices, in accordance with the rules of the Toronto Stock Exchange.  This represents the fourth NCIB the Company has undertaken and will run from June 24, 2019 to June 23, 2020. In December 2019, the Company entered into an Automatic Share Purchase Plan with Echelon Wealth Partners, Inc. ("Echelon") for the purposes of permitting the purchase of common shares under the NCIB at times when the Company would not be permitted to purchase due to regulatory restrictions or blackout periods.  During the fourth quarter, the Company acquired 237,310 shares through the NCIB.  From January 1, 2020 to March 27, 2020, the Company has acquired 824,115 shares through the NCIB bringing the total shares acquired under this NCIB to 1,061,425 shares.

Pivot provided services were $20.1 million in Q4 2019 and $79.8 million for the full year, down from $25.1 million in Q4 2018 and $89.2 in 2018.  The decline in Pivot Provided services is primarily due to certain workforce services contracts winding down in 2018, combined with two large non-recurring deployment services projects being completed in 2018, partially offset by a new deployment project which began in 2019.

Selling general and administrative expenses ("SG&A") of $35.4 million for Q4 2019 decreased 6.1% versus the comparative period.  SG&A of $137.2 million for 2019 decreased 7.0% compared to 2018. The decrease in SG&A was driven by changes in accounting for leases (IFRS 16), the capitalization of certain Smart Edge costs and cost reduction activities.

The Company's sale of Smart Edge resulted in a pre-tax gain of $22.3 million before transaction costs of $0.9 million during Q4 2019.

Management believes Pivot's opportunities to create shareholder value through its product and advanced services strategy are robust and the secular trends driving IT spending, particularly spending on solutions and services, are positive and expected to grow in line with the overall market's expected growth rate in 2020.  While the impact of COVID-19 has been minimal to date, there is uncertainty around its duration and the potential impact on future business conditions.  Management is closely monitoring how COVID-19 is affecting Pivot's operations and is taking measures and precautions to protect and inform its employees.

The Company is monitoring trade discussions between the U.S. and China and the potential impact of tariffs; however, the long-term impact of these discussions has not yet been determined.

The Company continually seeks to expand its position in the global IT market organically and through selective acquisitions.

The Company's outlook is contained in its Management's Discussion and Analysis ("MD&A") for the three and twelve months ended December 31, 2019, which is available at www.pivotts.com and at www.sedar.com.

Adjusted Debt1 normalizes the impact of the changes in working capital as well as the impact of IFRS 16 in 2019, and therefore, management believes that it is a more relevant indicator of the Company's debt position and is a more comparable metric with industry peers. The decrease of Adjusted Debt1 in 2019 was mainly due to the proceeds of $25.0 million from the sale of Smart Edge assets.

The improvement in both of these key metrics in 2019 was due to the higher Adjusted EBITDA and margin generated from operations, as well as the proceeds from the sale of Smart Edge.

The Company uses certain non-GAAP measures to evaluate its performance, defined below. These terms do not have any standardized meaning prescribed within IFRS and therefore may not be comparable to similar measures presented by other issuers. Such measures should not be considered in isolation or as a substitute for measures of performance prepared in accordance with IFRS such as net income (loss).

"Adjusted EBITDA" is defined as gross profit less selling, general and administrative expenses, and corresponds to income (loss) before income taxes, depreciation and amortization, finance expense, change in fair value of liabilities, and other expense (income).

Management believes Adjusted EBITDA is an important indicator of the Company's operating performance as it excludes certain items that are either non-cash expenses, items that cannot be influenced by management in the short term, and items that do not impact core operating performance, demonstrating the Company's ability to generate liquidity through operating cash flow to fund working capital needs, service outstanding debt and fund future capital expenditures.  Adjusted EBITDA is used by some investors and analysts for the purposes of valuing an issuer.  The intent of Adjusted EBITDA is to provide additional useful information to investors and analysts and is also used by management as an internal performance measurement.

Reconciliations of "income (loss) before income taxes" to "Adjusted EBITDA" are provided under the headings "SELECTED FINANCIAL INFORMATION AND OPERATING RESULTS".

"Adjusted Debt to Adjusted EBITDA" is defined as Adjusted Debt divided by the trailing twelve-month Adjusted EBITDA. The Company uses this measure as an indication of its liquidity position and its ability to generate income to service the debt excluding the impacts of working capital fluctuations.

At 8:30 a.m. eastern Tuesday, March 31, 2020, the Company will host a conference call featuring management's quarterly remarks and follow-up question and answer period with analysts. The conference call can be accessed live by dialing (647) 427-7450 five minutes prior to the scheduled start time.

Pivot is an industry-leading information technology services and solutions provider to many of the world's most successful companies, including members of the Fortune 1000, as well as governments and educational institutions. By leveraging its extensive original equipment manufacturer (OEM) partnerships and its own fulfillment, professional, deployment, workforce and managed services, Pivot supports the IT infrastructure needs of its clients. For more information, visit www.pivotts.com.

Information in this press release contain forward-looking statements, including statements relating to the growth of the Company and the IT market in 2020.  Forward-looking statements are based on assumptions of future events that the Company believes are reasonable based upon information currently available. Actual results could vary significantly from these estimates.  Readers are cautioned that assumptions used in the preparation of such information may prove to be incorrect.  These assumptions include estimates of the profitability of its operations; growth in IT spending, particularly solutions and services, being in line with the overall market's expected growth rate in future periods; the IT market's growth in 2020 notwithstanding the COVID-19 pandemic and possible supply chain disruption; availability of borrowings under the Company's credit facilities and access to other sources of capital; the improved operational results generated from operational efficiency initiatives; the successful implementation of the initiatives identified in the MD&A as part of the advancement of its strategy; that the Company will be in a financial position to declare and pay a dividend in subsequent periods; or that the Company will be in a financial position to or that it will repurchase any additional shares for cancellation under the NCIB.

Events or circumstances may cause actual results to differ materially from those predicted as a result of numerous known and unknown risks, uncertainties, and other factors, many of which are beyond the control of the Company.  Some of those important factors, but certainly not all, that could cause actual results to differ materially from those indicated by such forward-looking statements are: (i) that the information is based on estimated results; (ii) the possible unavailability of financing; (iii) lack of resources to fund growth; (iv) cost reductions in future periods being less significant than the annualized amount calculated based on prior periods; (v) start-up risks associated with new lines of business and product lines; (vi) general operating risks; (vii) dependence on third parties; (viii) changes in government regulation; (ix) the effects of competition; * dependence on senior management, (xi) the impact of Canadian and/or U.S. economic conditions, including the impact of international trade disputes; (xii) disruptions to the business resulting from pandemics or epidemics (such as the COVID-19 outbreak); (xiii) fluctuations in currency exchange rates and interest rates; (xiv) uncertainty with respect to the ability of the Company to pay a quarterly dividend in subsequent periods; (xv) uncertainty with respect to the number of shares to be repurchased for cancellation by the Company under the NCIB; and (xvi) the other risks described in the Company's AIF for the year ended December 31, 2019 under the heading "Risk Factors", available at sedar.com and pivotts.com.  Readers are cautioned not to place undue reliance on any forward-looking statements.  The Company expressly disclaims any intention or obligation to update or revise any forward-looking information, whether as a result of new information, future events or otherwise, except as required in accordance with applicable securities laws.