VAALCO Energy, Inc. (NYSE: EGY; LSE: EGY) (“VAALCO” or “the Company”) today announced that Catherine Stubbs and George Maxwell were elected as new independent directors to the Company’s Board of Directors at VAALCO’s 2020 Annual Meeting of Stockholders.  Ms. Stubbs and Mr. Maxwell will serve on the Audit, Compensation, and Nominating and Corporate Governance Committees.  Ms. Stubbs will serve as Chair of the Audit Committee. Mr. Maxwell will serve as Chair of the Compensation Committee.  These two new directors replace John Knapp and Steve Pully who did not stand for re-election.

In addition, Bradley Radoff has been appointed to the Company’s Board of Directors, effective June 25, 2020.  Mr. Radoff will serve on the Audit Committee.  Following this appointment, VAALCO’s Board will be comprised of five members of which four are considered independent.

Andrew Fawthrop, VAALCO’s Chairman of the Board commented, “We believe that Catherine, George and Brad will bring significant experience in the offshore and international energy sector that will help support VAALCO in achieving our strategic goals.  In addition, the two new members will refresh the Board of Directors and bring in diverse perspectives.  We also want to recognize our outgoing Board members, John Knapp and Steve Pully.  They have both served on our Board for several years and I would like to thank them for their insight, leadership and dedication.”

Catherine Stubbs has over 30 years of experience in the energy industry.  She currently serves as a director of Aspire Holdings, LLC (formerly Endeavour International Corporation), an independent oil and gas exploration and production company in Houston, Texas.  Ms. Stubbs has been with Aspire Holdings, LLC since 2004 and has served in numerous roles, including Director Accounting and Financial Controls, Director Treasury and Corporate Development, Vice President and Senior Vice President – Finance.  In October 2015, Ms. Stubbs was promoted to the position of President and Chief Financial Officer.

Prior to joining Aspire Holdings, LLC she served as Assistant Controller, Financial Reporting and Corporate Accounting at Devon Energy, Inc. (formerly Ocean Energy, Inc.) from 1997 to 2004.  Ms. Stubbs began her career in public accounting with KPMG, an international audit and business strategy consulting firm, where she rose to the title of Audit Manager.  Ms. Stubbs is a Certified Public Accountant in the State of Texas and she currently serves on the board of directors of various charity and educational institutions.  Ms. Stubbs holds a Bachelor of Business Administration and Master in Professional Accounting from the University of Texas at Austin.

George Maxwell has over 25 years of experience in the oil and gas industry, including in both the producing and service/manufacturing arenas.  Mr. Maxwell founded Eland Oil & Gas Plc. in 2009 and served as the company’s Chief Executive Officer from September 2014 to December 2019, Chief Financial Officer from 2010 to 2014, and as a member of the board of directors from 2009 to 2019. Eland Oil & Gas Plc was floated on the London Stock Exchange in 2012 and remained admitted to trading there until it was acquired by Seplat Petroleum Development Company Plc. on December 17, 2019.  Prior to founding Eland Oil & Gas Plc., Mr. Maxwell served as the business development manager for Addax Petroleum and as commercial manager in Geneva.  Mr. Maxwell joined Addax Petroleum in 2004 and held the general manager position in Nigeria, where he was responsible for finance, and fiscal and commercial activities.  Prior to this, Mr. Maxwell worked with ABB Oil & Gas as Vice President of Finance based in the UK with responsibilities for Europe and Africa and in a similar role in Houston, from where the organization ran its operations in ten countries.  Mr. Maxwell has strong ties to the London investment community.

Mr. Maxwell graduated from Robert Gordon University in Aberdeen with a Masters in Business Administration.  He is a Fellow of the Energy Institute in the UK and has formerly served on the Boards of Directors of Elcrest Exploration and Production Nigeria Ltd. as well as at Westport Oil Limited.

Bradley Radoff has served as Principal of Fondren Management LP, a private investment management company, since January 2005.  Mr. Radoff previously served as a Portfolio Manager at Third Point LLC and as a Managing Director of Lonestar Capital Management LLC.  Mr. Radoff currently serves as a director on the Board of Support.com and previously served on the Board of Pogo Producing Company from March 2007 to November 2007 prior to its sale to Plains Exploration.  Mr. Radoff graduated summa cum laude with a B.S. in Economics from The Wharton School, University of Pennsylvania.  As of June 25, 2020, Mr. Radoff beneficially owns 3,906,000 shares of VAALCO common stock, consisting of 1,350,000 shares owned directly, 2,471,000 shares owned through BLR Partners LP and 85,000 shares owned through the Radoff Family Foundation.

VAALCO, founded in 1985, is a Houston, USA based, independent energy company with production, development and exploration assets in the West African region.

The Company is an established operator within the region, holding a 31.1% working interest in the Etame Marin Block, located offshore Gabon, which to date has produced over 116 million barrels of crude oil and of which the Company is the operator. 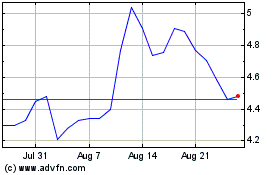 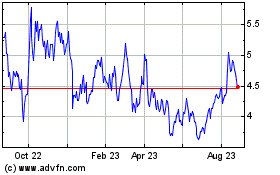 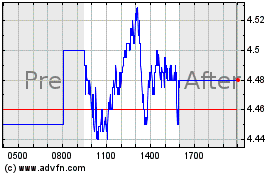