In the new deal, Starwood shareholders will receive $21 in cash and 0.8 of a share of Marriott for each share of Starwood. The deal values Starwood's share at $79.53, according to Friday's closing prices.

Starwood stock closed at $80.57 on Friday after Anbang swooped in and raised its offer to a level Starwood called superior. That offer was for $78 a share in cash, totaling roughly $13.2 billion.

Marriott's latest offer significantly increases the share of cash it will pay for Starwood, since its previous offer had been 0.92 share of Marriott for each Starwood share and $2 in cash. Shares of Starwood rose 4.5% Monday to $84.19, while shares of Marriott fell 1.2% to $72.30.

Marriott said it expects the deal to be roughly neutral to its earnings over the next two years. The company expects $100 million to $130 million in transaction-related charges and transition costs.

"We are pleased that Marriott has recognized the value that Starwood brings to this merger and enhanced the consideration being paid to Starwood shareholders," said Starwood Chairman Bruce Duncan.

Marriott Chief Executive Arne Sorenson said on a call with investors and analysts that the company believes there are "more cost synergies" than previously estimated, with savings now estimated at $250 million, up from $200 million, by 2018, according to transcript of the call.

"We are also helped by a more efficient deal structure with a greater percentage of cash," he said. "And finally, we were helped by a modest recovery in our stock value in recent weeks, as the disconnect between stock performance and hotel fundamentals narrowed considerably."

The higher cash offering, however, means Marriott will issue roughly 20 million, or 14%, fewer shares than the original agreement.

Under the new deal, the breakup fee that Starwood would pay if it chooses another suitor could be elevated in certain situations to $450 million from its previous $400 million level.

If that fee is triggered, Starwood would also be on the hook to pay Marriott as much as $18 million for costs related to financing the deal.

A person familiar with Anbang's thinking called the raise in the breakup fee "very marginal" and said it is indicative that Starwood is leaving the door open for Anbang to raise its offer again.

"The big question this week will be whether Anbang elects to increase its offer and drive a bidding war," said Canaccord analyst Ryan Meliker. "While we don't expect that dynamic to unfold, it also wouldn't surprise us if it happened."

Mr. Meliker said he believes this is the best bid Marriott is willing to make.

A combination of Starwood and Marriott -- the owner of Courtyard by Marriott and the extended-stay Residence Inn -- would create the world's No. 1 hotel chain with more than 1 million rooms and 30 brands.

Anbang, meanwhile, has been hungry for hotel assets, having recently agreed to buy U.S. luxury hotel owner Strategic Hotels & Resorts Inc. from Blackstone Group LP for about $6.5 billion including debt.

About two years ago, Anbang struck a deal to purchase the historic Waldorf Astoria in Manhattan for nearly $2 billion. Anbang's partners in the bid for Starwood included Primavera Capital Group and J.C. Flowers & Co.

The interest in Starwood has come amid the strategic review process the hotel operator launched last year.

Starwood has reportedly fielded interest from companies around the globe after opening the door to a sale, spurred by its concerns that its growth was lagging that of its rivals. 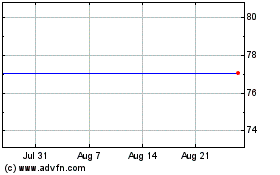 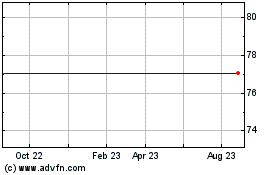 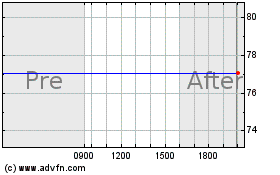