Tencent Holdings Ltd. proposed to buy out other investors in its search-engine affiliate Sogou Inc. for about $2.1 billion, in what could become the latest instance of a Chinese technology company abandoning the U.S. stock market.

Analysts and investors say secondary listings or buyouts can both offer a path to higher valuations, and might be a way to shield companies from rising U.S.-China tensions. For companies accepting a buyout offer, a higher valuation would come via a later initial public offering in Hong Kong or in mainland China. Tencent's proposal to Sogou made no mention of any plan to relist.

Sogou, a rival to the larger Baidu Inc., went public on the New York Stock Exchange in late 2017, in a spinoff from portal operator Sohu Inc. However, since then Sogou's stock has mostly languished below its debut price.

Sogou, known as "Search Dog" in Chinese, said Monday that Tencent had offered to pay $9 in cash for each American depositary receipt that it doesn't already own. Hong Kong-listed Tencent owns 39% of Sogou and holds 52% of its voting rights. Analysts at Nomura said in total Tencent would pay about $2.1 billion.

Jialong Shi, China internet analyst at Nomura, said Sogou would be a good purchase for Tencent, and its social app WeChat could benefit from Sogou's search know-how. "Sogou can help Tencent make inroads into the already competitive search-advertising market in China," he said.

Sogou said its independent directors would review the proposal, which it said was preliminary and nonbinding. Sohu, which still owns a 34% stake, said its board hadn't yet been able to review the proposal in detail. Charles Zhang, Sohu's founder, has agreed to sell his 6.4% stake in Sogou to Tencent.

This year has brought a wave of takeover bids for U.S.-listed Chinese tech groups, echoing an earlier surge of deals starting five years ago.

Mr. Shi at Nomura said a secondary listing isn't viable for smaller companies trading at low valuations. "The alternative plan for those companies is to go private and then relist themselves in China's A-share market or Hong Kong when time permits," he said. The A-share market refers to mainland stock markets in Shanghai and Shenzhen.

He said the upshot could be higher valuations. "Asian investors are generally more appreciative of the business models of these Chinese tech companies, as well as having a better understanding of the unique industry environment in which these companies operate," he said.

Mr. Wan at Partners Capital said while Chinese companies incorporated outside China and with unequal voting rights aren't eligible for a domestic listing, they now have ways to raise funds onshore or in Hong Kong.

"There is an urgency for U.S.-listed Chinese companies to explore other viable options if the U.S.-China tensions escalate," he said. 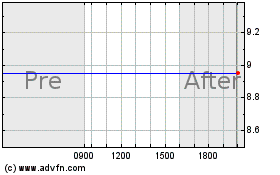