The transaction is structured as a merger of SoFi with a subsidiary of Social Capital Hedosophia and will result in SoFi becoming a publicly traded company. We expect the combined company to be named SoFi Technologies and listed on the New York Stock Exchange under a new ticker “SOFI.”

The deal values SoFi at an approximately $6.6 billion pre-money equity value (including a $370 million anchor investment from funds and accounts advised by T. Rowe Price Associates, Inc. that closed on December 30, 2020) and is expected to provide up to $2.0 billion in cash proceeds to the combined company, including a committed investment of $1.2 billion from various investors (with $275 million of that amount committed by affiliates of Social Capital Hedosophia), and up to $805 million of cash held in Social Capital Hedosophia’s trust account.

We refer to the number of shares of SoFi Technologies common stock issuable per share of SoFi stock as an exchange ratio. The exchange ratio is calculated by (A) dividing SoFi’s pre-money equity value by $10 (the deemed value of a share of Social Capital Hedosophia common stock) to reach an aggregate number of SoFi Technologies common stock issuable to all SoFi shareholders in the merger, and (B) dividing that number by the aggregate number of shares of SoFi common stock outstanding at the closing of the merger (measured on a fully-diluted, as converted basis). The Sofi Series F, G and H preferred stock will be entitled to a higher exchange ratio due to their higher liquidation preference.

Again, this example is for illustrative purposes only, and the specific inputs, including the SoFi pre-closing equity value and the aggregate number of fully-diluted, as-converted shares of SoFi common stock outstanding as of the closing, are subject to change. The final exchange ratios will be determined at the closing of the merger pursuant to the formula and terms set forth in the merger agreement.

After closing, Social Capital Hedosophia’s sponsor, certain of its affiliates and certain existing SoFi stockholders (including senior management) will be subject to restrictions on transfer of their SoFi Technologies common stock for up to 180 days, subject to certain stock price-based milestones for early release. In addition, all SoFi Technologies shares issued in the merger or upon settlement or exercise of converted equity awards will be subject to transfer restrictions for 30 days following the closing.

The transaction is expected to close in the first quarter of 2021, and is subject to approval by Social Capital Hedosophia’s shareholders and other customary closing conditions, including regulatory approvals.

You can find more details about the transaction in our press release.

We believe this transaction and becoming a public company will enhance our ability to scale our technology and operations and accelerate our growth. We look forward to our next steps on this journey.

This communication relates to a proposed transaction between SoFi and Social Capital Hedosophia. This communication does not constitute an offer to sell or exchange, or the solicitation of an offer to buy or exchange, any securities, nor shall there be any sale of securities in any jurisdiction in which such offer, sale or exchange would be unlawful prior to registration or qualification under the securities laws of any such jurisdiction. In connection with the transaction, Social Capital Hedosophia filed a registration statement on Form S-4 with the

Investors and security holders may obtain free copies of the registration statement, the proxy statement/prospectus and all other relevant documents filed or that will be filed with the SEC by Social Capital Hedosophia through the website maintained by the SEC at www.sec.gov.

Social Capital Hedosophia and SoFi and their respective directors and executive officers may be deemed to be participants in the solicitation of proxies from Social Capital Hedosophia’s shareholders in connection with the proposed transaction. A list of the names of such directors and executive officers and information regarding their interests in the business combination is contained in the proxy statement/prospectus. You may obtain free copies of these documents as described in the preceding paragraph. 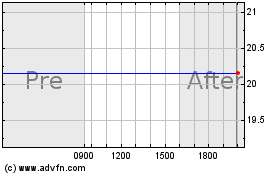