Canada's financial system has been highly touted since the 2008 financial crisis as the world's safest, best-capitalized and the best regulated.

"We do not believe it is appropriate to make the claim that Canada banks are better capitalized," Mendonca said.

The Basel III rules will force banks worldwide to hold thicker capital cushions and deeper pools of liquidity to guard against potential losses and potentially crippling bank runs. Under the new rules, banks must hold a minimum common equity Tier 1 ratio of 7% by 2019. The Basel Committee calculated that the world's 94 largest banks will need to raise 600 billion euros of equity to lift their core Tier 1 ratios to 7%, based on December 2009 balance sheets.

In Canada, the big six have all stated that their Tier 1 capital ratios will be at 7% by the end of 2012, when the phase-in period of Basel III begins, without raising new capital or changing their business.

And, while Mendonca believes they will have little or no difficulty reaching the required minimum capital ratios according to the Basel III schedule, he said the six largest banks "can clearly be broken up in two camps - the 'haves' and the 'have nots.'

The 'haves' include National Bank of Canada (NA.T), Bank of Montreal (BMO) and Canadian Imperial Bank of Commerce (CM). They have "significant excess capital," he says.

The 'have-nots' -- Royal Bank of Canada (RY), Toronto-Dominion Bank (TD) and Bank of Nova Scotia (BNS) -- are seen to "limp into 2013 just barely meeting the 7% threshold," the report said. The gap between the high and low bank, National Bank and TD, respectively, is about 300 basis points.

"Reaching a 7% common equity Tier 1 ratio by 2012 is not as easy as we originally thought," Mendonca said.

Adjusting for excess common equity, the 'have' banks are trading at "even greater" discounts to the 'have not' lenders than a simple comparison would suggest, he wrote.

He doesn't believe the market is making a distinction between the banks in terms of capital strength measured on a Basel III pro forma basis likely because a lot can change in two years before the self-imposed fourth-quarter 2012 deadline. He pointed out that counterparty and market risk-weighted assets mitigation and/or a major misstep from one or more banks could change the picture materially.

Mendonca said each of the Canadian banks reviewed his work and provided varying amounts of guidance and correction. He also noted the banks could not confirm his final Tier 1 calculations because he simplified his assumptions on market and counterparty risk. As a result, his precise pro forma result is "almost certainly wrong" but he believes the conclusions "are appropriate and fair," the report said.

Canaccord Genuity has a hold recommendation on five of Canada's six banks, with the exception of TD, which is rated a buy and has a price target of C$83. 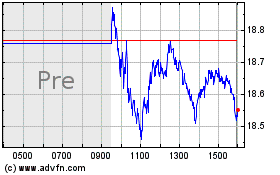