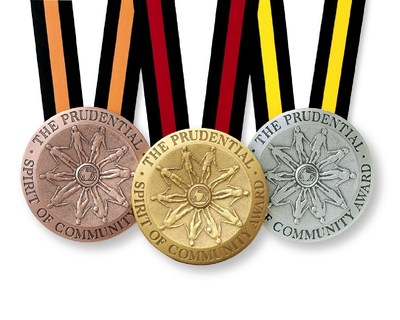 As State Honorees, Sascha and Brennan will each receive a $2,500 scholarship, a silver medallion and an invitation to the program's virtual national recognition celebration in April, where 10 of the 102 State Honorees will be named America's top youth volunteers of the year. Those 10 National Honorees will earn an additional $5,000 scholarship, a gold medallion, a crystal trophy for their nominating organization and a $5,000 grant for a nonprofit charitable organization of their choice.

The Prudential Spirit of Community Awards, conducted annually by Prudential Financial in partnership with the National Association of Secondary School Principals (NASSP), honors students in grades 5-12 for making meaningful contributions to their communities through volunteer service.

"We created the Prudential Spirit of Community Awards 26 years ago to highlight and support the work of young people taking on the challenges of a changing world – a mission that rings truer than ever given the events of last year," said Charles Lowrey, Prudential's chairman and CEO. "We are proud to celebrate the vision and determination of Spirit of Community's Class of 2021, and all the ways they're making their communities safer, healthier and more equitable places to live."

These are Hawaii's top youth volunteers of 2021:

Sascha, a junior at Punahou School, has worked to improve access to early literacy resources in his state by starting a program that has created dozens of online children's storytime videos, and recruited high school students across the state to mentor young readers. As an avid reader, Sascha said he was distressed to learn from a report that 1 in 6 Hawaii residents is functionally illiterate. "I realized that illiteracy is a rampant societal issue among people living on our islands," he said. This is a critical challenge, he added, because "ultimately, literacy empowers people to learn, communicate, and have better futures."

Determined to do something about this, Sascha contacted dozens of local organizations to volunteer as a literacy tutor, but was turned away either because of his age or because COVID-19 had forced many groups to curtail operations. So he took matters into his own hands. After a year of research, brainstorming and conversations with educators and parents, Sascha launched an initiative called "Words4" and began producing videos in which he and his younger sister read children's books aloud while displaying the pages so young readers could follow along. On the videos, they also discuss the books and pose questions to encourage critical thinking. His 76 videos, available on his website, have been viewed more than 13,000 times since July. The website also lists hundreds of recommended, teacher-approved books. In addition, Sascha recruited 19 high schoolers to mentor elementary school children in need of reading assistance. "I consider it my civic duty to dedicate my time, effort, resources and willpower to helping Hawaii's children," he said.

Brennan, a sixth-grader at Maryknoll School, has raised awareness about epilepsy for the past five years by persuading his baseball team to play special epilepsy-awareness games, making presentations at his school, selling lemonade to raise money for research, and co-writing a bill requiring the posting of seizure first-aid information in public spaces and workplaces. Brennan got involved in his cause because his good friend has epilepsy. "I wanted to help her because people weren't being nice to her and I didn't like that people were doing bad things," he said.

His first step was to recruit his baseball team to help him hold "Epilepsy and Seizure Awareness" games. To promote the games, he gave media interviews, solicited sponsorships, and distributed fliers and comic books about the neurological disorder. In addition, he gave a presentation to his entire grade about epilepsy and encouraged fellow students to wear purple, the official color for epilepsy awareness. Last year, Brennan engaged his state senator in his cause and co-wrote a bill that would provide information at worksites and in public places on how to help someone having a seizure. "The more people learn about epilepsy, the more people know what to do if someone has epilepsy," said Brennan.

State Honorees in The Prudential Spirit of Community Awards Class of 2021 – the top middle level and high school volunteer from all 50 states and the District of Columbia – were selected for service initiatives completed, at least in part, between the fall of 2019 and the fall of 2020. Selection was based on criteria including impact, effort, initiative and the personal growth demonstrated over the course of the project. Several Distinguished Finalists and runners-up were also selected in each state, and all qualifying applicants received President's Volunteer Service Awards.

"It speaks volumes about the character of today's secondary school students that the Spirit of Community program heard from more than 21,000 applicants this fall – most of them stories of young volunteers overcoming the hardships of a global pandemic to support those in need," said Ronn Nozoe, Chief Executive Officer, NASSP. "While we're especially proud to celebrate this year's 102 State Honorees, NASSP applauds every student who's found a way to volunteer this past year. You inspire your peers and adults alike to remember that, even in times of crisis, we all have something to give."

To read the names and stories of all of this year's State Honorees, visit http://spirit.prudential.com.

The National Association of Secondary School Principals (NASSP) is the leading organization of and voice for principals and other school leaders across the United States. NASSP seeks to transform education through school leadership, recognizing that the fulfillment of each student's potential relies on great leaders in every school committed to the success of each student. Reflecting its long-standing commitment to student leadership development, NASSP administers the National Honor Society, National Junior Honor Society, National Elementary Honor Society, and National Student Council. Learn more at http://nassp.org. 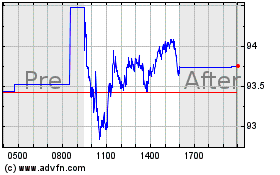