Notice of Exempt Solicitation Pursuant to Rule 14a-103

Written materials are submitted pursuant to Rule 14a-6(g)(1) promulgated under the Securities Exchange Act of 1934. Submission is not required of this filer under the terms of the Rule, but is made voluntarily in the interest of public disclosure and consideration of these important issues.

Due to the COVID-19 pandemic, 2020 has seen unprecedented economic disruption. With lives at stake, government action has been insufficient to avert massive loss of life and economic devastation. This shock demonstrates just how critical early action and planning is to mitigate known and likely global catastrophes. Even as the energy sector grapples with the impacts of COVID-19, it must not put aside preparation and action to stem the risks presented by the climate crisis.

Physical risks associated with climate change are increasing faster than previously predicted, as demonstrated by heightened storm intensity and frequency, as well as rising sea levels in regions like the Gulf Coast. Chevron Phillips Chemical Company (CPChem), jointly owned by Phillips 66 and Chevron, has announced plans to significantly expand new petrochemical infrastructure in Gulf Coast areas that are already being affected by such climate impacts.

Investors are concerned about the financial, health, environmental, and reputational risks associated with operating and building-out new chemical plants and related infrastructure in Gulf Coast locations that are increasingly prone to catastrophic storms and flooding associated with climate change. Given the highly toxic chemicals involved in petrochemical operations (including benzene, volatile organic compounds, and sulfur dioxide), the location of these investments in the Gulf Coast poses significant risks to the company, local communities, and the environment. Disruptions in plant operations, such as those experienced by CPChem during Hurricane Harvey, frequently result in upsets and equipment malfunctions and release of toxic chemicals beyond permitted levels. CPChem was noted as being the source of some of the largest pollution leaks during Hurricane Harvey.

While the Company rapidly expands its petrochemical assets in climate-impacted areas, investors seek specific information to assess whether Phillips 66 is sufficiently prepared to mitigate public health risks associated with climate-related impacts and the dangerous chemicals it uses.

RATIONALE FOR A YES VOTE

Phillips 66 has announced major billion-dollar investments for Gulf Coast-based projects over the next few years including the development of a major petrochemical plant with an ethylene cracker and two high-density polyethylene units.1 Existing and proposed petrochemical projects have the potential to create major liability during extreme weather events. In fact, Phillips 66 and CPChem were noted as being the source of some of the largest pollution leaks during Hurricane Harvey, indicating that the Company may be ill-prepared to manage the risks posed by climate change.2 Hurricane Harvey’s impacts also contributed to a $123 million decrease in pre-tax income from Phillips 66’s Chemicals segment in 2017, which could burgeon if facilities are hit by worse and more frequent events in the future.3

Growing storms and the costs they bring our company are predicted to increase in frequency and intensity as global warming escalates. Flood-related damage is projected to be highest in Texas, where many of CPChem’s petrochemical plants are concentrated, and Houston alone has seen three 500-year floods in a three-year span. Hazardous chemical releases, such as those experienced by CPChem’s petrochemical facilities during Hurricane Harvey, put surrounding communities at risk and have eroded the Company’s social license to operate. The Center for International Environmental Law (CIEL) published a report in 2019 noting the extent to which petrochemical refining operations use and produce hazardous pollutants that cause health impacts, including cancer, reproductive and birth defects, etc. The report emphasized that fenceline communities are especially vulnerable, and that the risk is exacerbated by extreme weather events. During Hurricane Harvey roughly one million pounds of dangerous air pollutants like benzene, 1,3-butadiene, sulfur dioxide, and toluene were released by local refineries and plants.4

Outside of more extreme events, leaks are an ongoing danger and liability for Phillips 66 that can compound vulnerabilities and impacts. Its facilities have been listed as the 2nd and the 6th largest emitters in the Houston region.5,6 Peer companies are already facing civil legal action regarding the emerging issue of climate resiliency. In 2019, a judge in a Boston federal court allowed a lawsuit to move forward seeking $110 million for Exxon’s failure to fortify an oil storage facility to withstand the physical impacts of climate change.7

The financial sector, including insurance companies, are also becoming more acutely aware of climate-specific risks, especially in areas subject to greater climate impacts such as hurricanes and flooding. Swiss Re has published a report on the rapidly growing costs of natural disasters, which reached $337 billion in 2017; Lloyd’s of London cited natural disasters for its first loss in six years; and AXA has spoken out saying that major global warming would make the world uninsurable this century.8 BlackRock, the world’s largest asset manager, with $6 trillion in assets under management, released a report in April of 2019 on its assessment of physical climate risks, noting: “Our early findings suggest investors must rethink their assessment of vulnerabilities. Weather events such as hurricanes and wildfires are underpriced in financial assets.”9 Potential lack of insurance coverage may be a growing concern for the Company.

Despite clear risks, Phillips 66 provides investors with minimal discussion of how it is responding to growing physical risks from climate change. In Phillips 66’s “Energy: Policy Risks and Disclosures” report, the Company states that “the possible physical effects of climate change on coastal assets are incorporated into planning, investment, and risk management decision making.”10 Similarly vague and non-descriptive language is offered by Phillips 66 in its 10-K, as the Company states “[t]he potential physical effects of climate change on our operations are highly uncertain and depend upon the unique geographic and environmental factors present… [w]e have systems in place to manage potential acute physical risks...”11

This lack of transparency is especially worrisome considering Phillips 66’s large pollution leaks and loss of earnings during Hurricane Harvey, which underscore that its current risk management strategy is inadequate.12 For instance, the company does not: identify which of its current and planned facilities are in areas at high risk of experiencing climate-related severe weather events; provide assumptions made and describe measures used to evaluate how climate change will affect its Gulf Coast facilities and respond to increasing risk; report estimated emissions from unplanned upsets such as those that occur during hurricanes; outline strategies to communicate with key local stakeholders during emergency situations; or describe measures taken to minimize health impacts of associated chemical releases.

While some information on major spills must be reported to state and federal governments, companies are not required to report this to counties.13 Current reporting requirements can leave communities in the dark about the health risks they face; companies should therefore improve disclosures beyond what is required by law to retain and improve the goodwill and trust of local communities and governments and to demonstrate to shareholders the type of best management practices in place. As the risks of climate change become more apparent and urgent, shareholders require robust analysis and transparent disclosure of risks and company mitigation strategies in order to make appropriately informed investment decisions.

RESPONSE TO PHILLIP’S 66 BOARD OF DIRECTORS’ STATEMENT IN OPPOSITION

Phillips 66’s Board of Directors (“the Board”) argues against this shareholder proposal on the basis that current “practices are designed to ensure that any potential public health risk…can be managed to safe and acceptable levels” and that it discloses enough information on its “performance and efforts.” It also states, “operational and economic advantages of investments are weighed against any potential for environmental, socioeconomic, and health risks…” and that “identification of risks in the project development phase allows CPChem to develop measures to avoid, mitigate, or remedy them before making new investments.” However, the Company provides no insight into how it analyzes, weighs, and mitigates the risks raised in the Proposal. The Company does not explain how it determines what is or is not considered to be a “safe and acceptable” level of risk to public health, and past events indicate that such risk was not sufficiently considered. Furthermore, climate science makes clear that future weather patterns will be different from the past - moving into a paradigm that is more extreme and destructive, erratic and unpredictable. New weather paradigms necessitate new methods of analysis and approaches to minimize risks to companies’ assets. The Board’s Statement does not indicate it is factoring future climate change impacts into its analysis or processes to protect community health.

While the Board’s Statement claims that Phillips 66’s “Operation Excellence” Policy takes into consideration “physical risks such as flooding and storms” among the many risks the Company might face, recent events call this assumption into question, and there is no mention of how climate change factors into such consideration. As noted, alarming chemical releases that occurred during Hurricane Harvey demonstrate that Phillips 66’s current risk management systems are not sufficient to responsibly manage extreme weather events, especially as these intensify in the future. The Company does state that it has implemented “lessons learned” from Hurricane Harvey at “existing facilities and newly completed facilities.” However, the Company does not explain what these lessons learned are or provide support that resulting changes are sufficient to withstand the heightened future risks climate change is bringing for vulnerable coastal infrastructure.

Climate-related risks are of significant concern to investors and require comprehensive disclosures to fully inform shareholders about Company management of these evolving risks. The high-level references in the Board’s Statement are insufficient to assure investors that risks raised in the Proposal are being appropriately managed. In fact, “climate change” is not mentioned anywhere in its Statement. As such, investors desire more clarity on Phillips 66’s management of the new risks that climate change poses to local community safety.

Vote “Yes” on this Shareholder Proposal regarding the Company’s efforts to limit public health and environmental impacts of building out hazardous petrochemical infrastructure in high-risk climate-affected areas.

Phillips 66 is investing billions in the construction and expansion of petrochemical infrastructure projects in regions that are exposed to increasing climate risk such as destructive weather and flooding. Shareholders urge strong support for this proposal, which will bring increased transparency to shareholders on a significant and emerging business risk facing the company.

--
THE FOREGOING INFORMATION MAY BE DISSEMINATED TO SHAREHOLDERS VIA TELEPHONE, U.S. MAIL, E-MAIL, CERTAIN WEBSITES AND CERTAIN SOCIAL MEDIA VENUES, AND SHOULD NOT BE CONSTRUED AS INVESTMENT ADVICE OR AS A SOLICITATION OF AUTHORITY TO VOTE YOUR PROXY. THE COST OF DISSEMINATING THE FOREGOING INFORMATION TO SHAREHOLDERS IS BEING BORNE ENTIRELY BY ONE OR MORE OF THE CO-FILERS. PROXY CARDS WILL NOT BE ACCEPTED BY ANY CO-FILER. PLEASE DO NOT SEND YOUR PROXY TO ANY CO-FILER. TO VOTE YOUR PROXY, PLEASE FOLLOW THE INSTRUCTIONS ON YOUR PROXY CARD. 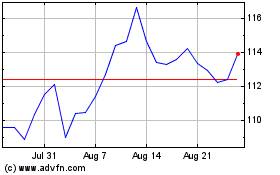 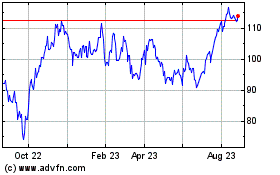 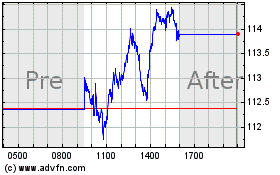