On July 30, 2020 (the “Settlement Date”), Party City Holdco Inc., a Delaware corporation (“Holdco”), and certain of its direct or indirect subsidiaries, including Party City Holdings Inc., a Delaware corporation and wholly owned indirect subsidiary of Holdco (“Holdings”), Anagram Holdings, LLC, a Delaware limited liability company and wholly owned direct subsidiary of Holdings (“Anagram Holdings”), and Anagram International, Inc., a Minnesota corporation and wholly owned direct subsidiary of Anagram Holdings (“Anagram International” and, together with Holdco and such other Holdco’s direct or indirect subsidiaries, the “Company”), completed certain previously announced refinancing transactions, including, among other things: (i) the exchange of $327,076,000 of 6.125% Senior Notes due 2023 (the “2023 Notes”) and $392,746,000 of 6.625% Senior Notes due 2026 (the “2026 Notes” and, together with the 2023 Notes, the “Existing Notes”) issued by Holdings, in each case tendered in the Company’s offers to exchange (the “Exchange Offers”) pursuant to the terms described in a confidential offering memorandum, for (A) $156,669,177 of Senior Secured First Lien Floating Rate Notes due 2025 (the “First Lien Party City Notes”) issued by Holdings; (B) $84,686,977 of 10.00% PIK/Cash Senior Secured Second Lien Notes due 2026 (the “Second Lien Anagram Notes”) issued by Anagram Holdings and Anagram International (collectively, the “Anagram Issuers”); and (C) 15,942,551 shares of common stock of Holdco, par value $0.01 per share (the “Exchange Shares”); (ii) the issuance of $110,000,000 in the aggregate of 15.00% PIK/Cash Senior Secured First Lien Notes due 2025 (the “First Lien Anagram Notes”) by the Anagram Issuers and an additional $5,000,000 of First Lien Party City Notes in connection with a rights offering and a private placement, as applicable; and (iii) the solicitations of certain consents (the “Consent Solicitations”) with respect to the indentures governing Existing Notes (the “Existing Notes Indentures”).

The First Lien Party City Notes Indenture contains covenants that, among other things, limit the ability of Holdings and the ability of its restricted subsidiaries to:

These covenants are subject to important exceptions and qualifications.

In the event of a default with respect to the payment of interest or principal, the First Lien Anagram Notes will become immediately due and payable at the applicable redemption price plus a “make-whole” premium.

In the event of a default with respect to the payment of interest or principal, the Second Lien Anagram Notes will become immediately due and payable at the applicable redemption price plus a “make-whole” premium.

The information set forth in Item 1.01 above with respect to the issuance of the Exchange Shares is hereby incorporated by reference into this Item 3.02.

In connection with the refinancing transactions described in Item 1.01 above, Holdings (1) reduced the ABL revolving commitments and prepaid the outstanding ABL revolving loans, in each case, in an aggregate principal amount equal to $44,000,000, in accordance with the ABL Credit Facility credit agreement, and (2) designated Anagram Holdings and each of its subsidiaries as an unrestricted subsidiary under the existing Senior Credit Facilities. 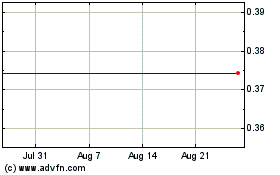 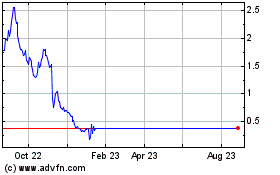 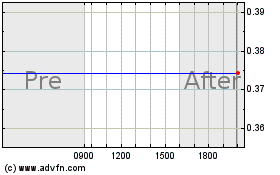