On May 14, 2021, Park Intermediate Holdings LLC (“PIH”), PK Domestic Property LLC (“PK Domestic LLC”) and PK Finance Co-Issuer Inc. (“Corporate Co-Issuer” and, together with PK Domestic LLC, the “Co-Issuers” and, the Co-Issuers together with PIH, the “Issuers”), direct and indirect subsidiaries of Park Hotels & Resorts Inc. (the “Company”), issued $750 million aggregate principal amount of 4.875% senior secured notes due 2029 (the “Notes”) under an indenture (the “Indenture”), dated as of May 14, 2021, among the Issuers, the Company, the subsidiary guarantors party thereto and U.S. Bank National Association, as trustee and collateral agent (the “Trustee”).

In accordance with the terms of its revolving credit facility (the “Revolver”) and term loan facility entered into in 2019 and maturing in August 2024 (the “Term Loan”), the Company intends to use approximately $564 million of the net proceeds from the offering of the Notes to repay amounts outstanding under the Revolver and approximately $173 million to repay a portion of the Term Loan.

The Notes are fully and unconditionally guaranteed, jointly and severally, by the Company, the sole member of PIH, and each existing and future restricted wholly-owned subsidiary of PIH (other than the Co-Issuers) that incurs or guarantees any indebtedness under certain of the Company’s credit facilities, any additional first lien obligations, certain other bank indebtedness or any other material capital markets indebtedness (each, a “subsidiary guarantor” and together with the Company, the “guarantors”). The notes are secured, subject to certain permitted liens, by a first priority security interest in all of the capital stock (the “Collateral”) of certain specified wholly-owned subsidiaries of certain of the guarantors and PK Domestic LLC, which Collateral also secures the obligations under certain of the Company’s credit facilities and the Issuers’ existing senior secured notes on a first priority basis.

In addition, at any time prior to May 15, 2024 the Issuers may redeem up to 40% of the Notes with the net cash proceeds from certain equity offerings at a redemption price of 104.875% of the principal amount redeemed plus accrued and unpaid interest, if any, to, but excluding, the redemption date. However, the Issuers may only make such redemptions if at least 60% of the aggregate principal amount of the Notes issued under the Indenture remains outstanding after the occurrence of such redemption.

The Indenture contains customary covenants that will limit the Issuers’ ability and, in certain instances, the ability of the Issuers’ subsidiaries, to borrow money, create liens on assets, make distributions and pay dividends on or redeem or repurchase stock, make certain types of investments, sell stock in certain subsidiaries, enter into agreements that restrict dividends or other payments from subsidiaries, enter into transactions with affiliates, issue guarantees of indebtedness, and sell assets or merge with other companies. These limitations are subject to a number of important exceptions and qualifications set forth in the Indenture. In addition, the Indenture will require PIH to maintain total unencumbered assets as of each fiscal quarter of at least 150% of total unsecured indebtedness, in each case calculated on a consolidated basis.

In the event of a change of control and certain credit rating downgrades of the Notes, the Issuers must offer to repurchase the Notes at a repurchase price equal to 101% of the aggregate principal amount thereof plus any accrued and unpaid interest, to, but not including, the repurchase date.

The information set forth in Item 1.01 with respect to the Indenture is incorporated by reference into this Item 2.03. 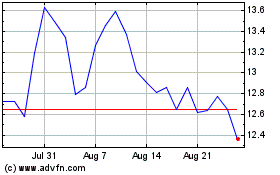 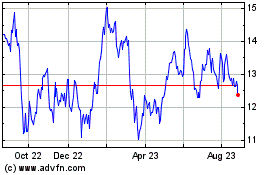 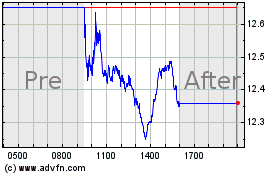