Gold stocks are risky. After all, they are more than driven by straight commodity prices; they are also moved by global headlines. The swings can be violent for the smaller companies in the sector, with risk beta’s often causing a smaller gold-focused company to either outperform or underperform the general gold market by +/- 10% on any given day.

But, like the market itself, playing the risk can lead to substantial rewards. And for a company that has diversified its holdings and is still considered “small” by industry standards, investor gains can sometimes be exponential. A company fitting that profile is Gold Royalty Corp. (NYSE: GROY). In fact, since its March 9, 2021, IPO closing price, there’s a reason why shares are higher by more than 45%. Investors like its prospects.

But while prospects were good then, consider them great now. In fact, if the past two weeks are any indication, investors may be in for a surge in shareholder value during the last two quarters of this year and even more substantially in 2022. Why the bullish sentiment? Because GROY completed what can only be referred to as a transformative acquisition. Better said, they made two.

Actually, it gets better. By adding in its recently secured revolving credit line of up to $25 million, GROY posted a trifecta of excellent news since the start of September alone. Of course, the available cash is great. But, its new assets are what should be getting investors excited. And despite its recent 26% jump in price since the start of September to $5.30, the forecast calls for more gains to come. Thus, while its $212 million market cap is impressive, its new assets could create a justification for GROY’s bullish momentum to continue. Here’s why:

Foremost, GROY is in hyper-growth mode, to say the least. In August, GROY completed its strategic business combination with Ely Gold Royalties Inc. (TSXV: ELY) (OTCQX: ELYGF) through a plan of arrangement under the Business Corporations Act in British Columbia. That deal can be huge going forward. Almost immediately, it transforms GROY into a leading Americas-focused precious metals royalty company with scale, diversification, cash flow, and access to capital. It also positioned the company to further execute its strategy to become a leading consolidator in the royalty space. That ambition turned prophetic.

Adding to its four producing royalties, GROY announced last week that it closed on its planned acquisitions of Abitibi Royalties (OTCPK: ATBYF) and Golden Valley Mines (OTCQX: GLVMF) in an all-share deal. The excellent news is that existing GROY shareholders will own the controlling 54% interest in the combined entity once the transaction is formally completed. And while shareholders gave up some, they received a lot.

From the start, GROY gets Abitibi’s royalties on various parts of the Canadian Malartic mining complex. And not only is it a big deal but it’s also diversified. Abitibi brings to GROY a 3% NSR royalty on Odyssey, East Malartic, Jeffrey, and Barnat, a 2% NSR royalty on Gouldie and Charlie, a 1.5% NSR royalty on Midway project, and a 15% NPR royalty on Radium Zone. It also involves big names. And it never hurts to be associated with the biggest in the business. Nor does it hurt to be part of a well-producing mine.
The Canadian Malartic mine, owned by Agnico Eagle Mines (NYSE: AEM) and Yamana Gold (NYSE: AUY), boasts holding reserves of 4.43 million troy ounces (toz) of gold. In 2020, the mine gave up 568,634 toz of the precious metal. Also, the more good news is that the open-pit reserves will remain sufficient to support mining operations until 2028. In the gold country, that’s excellent visibility.

It Gets Better With Age

Better still, Agnico and Yamana are developing an underground mine at Odyssey, where additional underground deposits were identified. According to estimates at that site, the Odyssey deposit contains measured, indicated, and inferred resources of nearly 2 million toz gold. That adds to an estimated 6 million toz of gold situated at East Malartic and roughly 6.5 million toz of gold at East Gouldie. Thus, more than having gold in the hills, the underground deposits present a compelling long-term proposition to GROY interests.

Still, that was only the first purchase. GROY also acquired Golden Valley, which owned about 45% of Abitibi Royalties at the time. The interests from both get somewhat confusing. But, keeping in mind that the percentages listed are a good thing, it all bodes well for GROY in the end.

Abitibi also owns 37.96% of Val-d’Or Mining (OTCPK: VDOMF) and an 11.45% stake in International Prospect Ventures (OTCPK: URANF). A good amount of that is inherent to GROY.

In addition, Golden Valley owns 2.5-4% NSR royalty on the Cheechoo project owned by Sirios Resources (OTCPK: SIREF), and a 3% NSR royalty on Bonterra Resources’ (OTCQX: BONXF) Lac Barry project (part of the combined Urban-Barry project). The former holds inferred resources of about 1.96 million toz of gold from surveys collected before last year. An updated resource and reserve estimate for Cheechoo is expected soon. The same goes for Lac Barry, which contains inferred and indicated resources of nearly 1.4 million toz gold. They, too, expect an update for the Urban-Barry project later this year.

With what GROY owns now, reasoned speculation points to a more deserved valuation closer to the $500 million levels. That could put prices closer to double their current levels once GROY integrates its portfolio of assets that now stretch 191 royalties deep. Remember, too, at least six of those properties are located in the world-class Canadian Malartic mine, the company has considerable cash and marketable securities reported at roughly $47 million and no debt. Of course, investors want to see revenues to support the market cap speculation. There, the acquisition of Abitibi and Golden Valley is expected to drive revenues sooner rather than later. But, as these assets mature in its portfolio, the expectation is that their contributions can increase. Already, estimates suggest that about $10 million can be earned by 2023, with that number more than doubling to an expected $25 million by 2025 as royalties from the Odyssey (a part of the Malartic complex), Ren, and Fenelon start to stream.

Still, after breaking down the deal structure, Gold Royalty may already be rewarding its investors. The market just needs some time to digest the data, especially with the number of new assets to evaluate. However, expect the end result of that analysis to generate a bullish thesis.

That’s already apparent. According to its breakdown, Golden Valley has an intrinsic value of roughly $137.5 million, and they have Abitibi standing strong at $249.6 million. Thus, simple math puts GROY’s stake in Abitibi interests through Golden Valley’s 44.96% ownership level, a value close of about $112.2 million. Then, with the rest of Golden Valley’s assets recently valued at $25.3 million based on its asset representations, and a fair and balanced multiple, GROY is well-positioned to deliver on its intentions.

And while there is the suggestion that the GROY market cap may be stretched even at current levels, the numbers tell a different story. Moreover, investors hungry for growth believe that GROY can grow into even more lofty valuations above the $500 million levels.

Hence, while the stock looks expensive to some today, an aggressive multiple on revenues is likely to be in fashion. Updates on the portfolio reserves later this year or in 2022 can intensify the bullish proposition even further.

Undoubtedly, September has been a transformative period for GROY. Still, the impression made is that its pace of growth won’t slow down. Now supported by an up to $25 million credit facility, a substantial revenue-generating portfolio of assets, and cash flow to support further development, GROY is substantially more powerful as a company than they were only thirty days ago. And its strength comes from more than assets. They have also earned its position for more mainstream financing, better bargaining position, and what most hope for, higher royalties.

Notably, the deal exposes the value that investors needed to see. And the premiums paid to Golden Valley and Abitibi should satisfy those shareholders as well. Even better, as an all-stock deal, confidence must be high that GROY will produce far more value than either could have done on their own. Thus, while there may be some overhand and short-term selling pressure from Abitibi and Golden Valley shareholders, expect the channel to return to its decidedly bullish trend.

Also, considering that GROY shares rebounded quickly as investors worked on valuing the sum of the parts of this multi-party acquisition, catching some volatility in a long-term investment play can be an excellent way to capture value. Still, timing the market, particularly individual stocks, can be tricky and leaves money on the table more often than not.

Disclaimers: STM, Llc.  is responsible for the production and distribution of this content. STM, Llc. is not operated by a licensed broker, a dealer, or a registered investment adviser. It should be expressly understood that under no circumstances does any information published herein represent a recommendation to buy or sell a security. Our reports/releases are a commercial advertisement and are for general information purposes ONLY. We are engaged in the business of marketing and advertising companies for monetary compensation. Never invest in any stock featured on our site or emails unless you can afford to lose your entire investment. The information made available by STM, Llc. is not intended to be, nor does it constitute, investment advice or recommendations. The contributors may buy and sell securities before and after any particular article, report and publication. In no event shall STM, Llc. be liable to any member, guest or third party for any damages of any kind arising out of the use of any content or other material published or made available by STM, Llc., including, without limitation, any investment losses, lost profits, lost opportunity, special, incidental, indirect, consequential or punitive damages. Past performance is a poor indicator of future performance. The information in this video, article, and in its related newsletters, is not intended to be, nor does it constitute, investment advice or recommendations.  STM, Llc. strongly urges you conduct a complete and independent investigation of the respective companies and consideration of all pertinent risks. Readers are advised to review SEC periodic reports: Forms 10-Q, 10K, Form 8-K, insider reports, Forms 3, 4, 5 Schedule 13D. For some content, STM, Llc., its authors, contributors, or its agents, may be compensated  for preparing research, video graphics, and editorial content. As part of that content, readers, subscribers, and website viewers, are expected to read the full disclaimers and financial disclosures statement that can be found  on our website.

The Private Securities Litigation Reform Act of 1995 provides investors a safe harbor in regard to forward-looking statements. Any statements that express or involve discussions with respect to predictions, expectations, beliefs, plans, projections, objectives, goals, assumptions or future events or performance are not statements of historical fact may be forward looking statements. Forward looking statements are based on expectations, estimates, and projections at the time the statements are made that involve a number of risks and uncertainties which could cause actual results or events to differ materially from those presently anticipated. Forward looking statements in this action may be identified through use of words such as projects, foresee, expects, will, anticipates, estimates, believes, understands, or that by statements indicating certain actions & quote; may, could, or might occur. Understand there is no guarantee past performance will be indicative of future results. Investing in micro-cap and growth securities is highly speculative and carries an extremely high degree of risk. It is possible that an investors investment may be lost or impaired due to the speculative nature of the companies profiled.

Other stocks on the move include IRNT, PLTR, and  AMC. 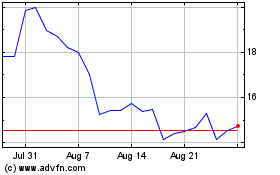 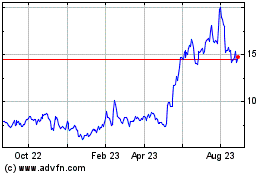 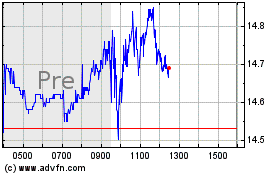