“Congratulations go out to all of our Cologne employees on this extraordinary and historic milestone,” said Dr. Sandra Niewiem, Senior Vice President EMEA and Global Specialty. “Over many decades of innovation and commitment to partnering with our customers in developing some of the finest specialty carbon blacks in the world, we certainly have reason to celebrate our successes that are unique to our industry.”

Orion’s origins go back to 1862, when August Wegelin, a German entrepreneur, founded a carbon black plant in the center of Cologne. In 1895, after three decades of rapid growth, the facility was relocated to its current site south of the city.

In the 1930s, Degussa AG acquired and expanded the site significantly. After Degussa AG transitioned to Evonik Industries AG in 2007, the carbon black business was sold and, in 2011, became Orion Engineered Carbons, an independent company that became publicly traded on the NYSE in 2014. Since this milestone, Orion has continued to invest in the site by strengthening the Cologne Innovation Center, upgrading production and packaging capacities, and creating a state-of-the-art logistics center.

Today, 125 years after its relocation to Cologne, the facility is the oldest industrial carbon black site and the largest specialty carbon black plant in the world serving a variety of specialty and rubber carbon black markets such as polymers, printing inks, coatings, batteries, technical rubber goods and tires. As evidence of Orion’s global commitment to supporting the communities it serves, the facility also has a long-term agreement with the neighboring municipality of Hürth to be the principal provider of heat to the district. 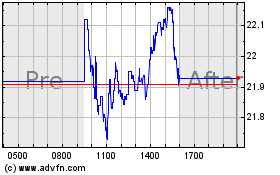