The supply chain for Covid-19 vaccines is about to get a lot busier. A new U.S. government deal to buy 100 million more doses of Pfizer Inc.'s Covid-19 vaccine will bolster a national inoculation campaign, the WSJ's Peter Loftus and Rebecca Ballhaus report, as a broader international rollout of the first shots authorized for approval picks up speed. Aircraft carrying the vaccine developed by Pfizer and German partner BioNTech SE along with doses from Moderna Inc. have transported the shots to Mexico, Singapore and other sites, and the European Union its own distribution plan. The new U.S. agreement will have Pfizer provide 70 million more doses by the end of June, with 30 million to follow by the end of July. But the scale of the expansion, along with deliveries of syringes and other equipment, will put more demands on logistics networks than the initial, smaller rollout.

China's big e-commerce sector is bracing for an upheaval. Chinese regulators are taking actions against market behemoth Alibaba Group Holding Ltd. and its payments partner Ant Group, the WSJ's Liza Lin, Lingling Wei and Chong Koh Ping report, ramping up the country's efforts to rein in its technology giants and billionaire Jack Ma. China's top market regulator launched an antitrust investigation into Alibaba and authorities are pressing Ant to meet new financial restrictions. The actions mark Beijing's strongest enforcement action against a technology empire that has growing influence on digital commerce markets around the world. The antimonopoly regulator says it was acting on reports that Alibaba was pressuring merchants who sell goods on its marketplaces to withhold business from the platforms of competitors JD.com Inc. and Pinduoduo Inc. The moves put China in some ways into closer alignment with efforts by global regulators and the U.S. technology heavyweights.

Peloton Interactive Inc. is trying to build a U.S. supply chain. The home-fitness giant's agreement to buy major fitness-equipment manufacturer Precor Inc. for $420 million will add 625,000 square feet of U.S. manufacturing capacity to Peloton's armory, the WSJ's Laura Forman writes. That eventually should help Peloton get its exercise equipment to American customers faster after a period when the company's logistics operations struggled to keep up with an explosion in demand under the coronavirus pandemic. Peloton uses third-party manufacturers in Taiwan but says it plans to start manufacturing its own connected fitness devices in the U.S. by the end of 2021. Bringing back domestic manufacturing has been a focus of Washington trade policy in recent years. But Peloton is responding to market realities that suggest the only limits on its growth may be supply constraints. Wait times for its most expensive bike now are over 10 weeks.

The latest cash crop on U.S. farms doesn't need to be shipped to markets. Big agriculture companies including Bayer AG, Nutrien Ltd. and Cargill Inc. are trying to develop farming-driven carbon markets, the WSJ's Jacob Bunge writes, and allow retailers, food makers and other companies to offset their emissions by buying the carbon credits. Agricultural companies, long criticized as environmental villains, say paying farmers to maximize their natural processes can put the scale of modern farming behind a potential climate solution. For farmers, the plan could lead to a new source of income that depends less on weather and agricultural commodity markets. The strategy is to pay farmers for their fields' capacity to withdraw carbon dioxide from the atmosphere and trap it in soil. That would mark a new way of tying together supply chains in an agriculture sector that the Environmental Protection Agency estimates accounts for 10% of U.S. greenhouse gas emissions.

The U.K. and the European Union reached an agreement on trade relations as Britain prepared for its divorce from the bloc. (WSJ)

Personal spending in the U.S. fell 0.4% in November for the first drop in seven months. (WSJ)

Tucked inside the $900 billion coronavirus relief package is $200 million in aid for loggers and trucking companies. (WSJ)

Shares in Shopify Inc. and Etsy Inc. soared in 2020 on growing business at their e-commerce platforms during the pandemic. (WSJ)

Sales of gift cards have been soaring amid consumer concern over store visits and shipping delays. (WSJ)

Lufthansa Cargo began airlifting fruit and vegetables from Europe to the U.K. to get around massive backlogs at surface border crossings. (The Guardian)

LG Electronics will spin off part of its electric-vehicle components business and set up a $1 billion joint venture with Canada's Magna International. (Financial Times)

Nike Inc. is benefiting from supply-chain investments such as a fulfillment center in Los Angeles to back direct-to-consumer service. (Supply Chain Dive)

Container lines are looking to improve their schedule reliability by extending the published transit times of sailings. (The Loadstar)

Container terminal operator DP World will build a deep-water port in Senegal about 30 miles from the Dakar port. (Reuters) 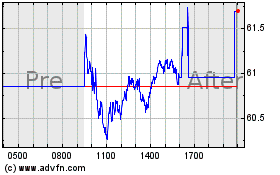