As filed with the Securities and Exchange Commission on June 16, 2021

If an emerging growth company, indicate by check mark if the registrant has elected not to use the extended transition period for complying with any new or revised financial accounting standards provided pursuant to Section 7(a)(2)(B) of the Securities Act.  ☐

NextEra Energy, Inc. (“NextEra Energy”) incorporates by reference herein the following documents filed by it with the SEC pursuant to the Securities Exchange Act of 1934, as amended (the “Exchange Act”), excluding any portions of such documents deemed to have been furnished and not filed in accordance with SEC rules:

In addition, NextEra Energy incorporates by reference all documents filed by it pursuant to Section 13(a), 13(c), 14 or 15(d) of the Exchange Act (excluding any such documents, or portions of such documents, deemed to have been furnished and not filed in accordance with SEC rules, unless specifically incorporated by reference into this registration statement) subsequent to the date hereof and prior to the filing of a post-effective amendment which indicates that all securities offered hereby have been sold or which deregisters all securities then remaining unsold. All such incorporated documents shall be deemed to be a part of this registration statement from the date of filing of such documents.

In addition, NextEra Energy carries insurance permitted by the laws of Florida on behalf of directors or officers which may cover, among other things, liabilities under the Securities Act of 1933.

NextEra Energy hereby files the exhibits set forth below.

(a) The undersigned registrant hereby undertakes:

(1) To file, during any period in which offers or sales are being made, a post-effective amendment to this registration statement:

(ii) To reflect in the prospectus any facts or events arising after the effective date of the registration statement (or the most recent post-effective amendment thereof) which, individually or in the aggregate, represent a fundamental change in the information set forth in the registration statement. Notwithstanding the foregoing, any increase or decrease in volume of securities offered (if the total dollar value of securities offered would not exceed that which was registered) and any deviation from the low or high end of the estimated maximum offering range may be reflected in the form of prospectus filed with the Commission pursuant to Rule 424(b) if, in the aggregate, the changes in volume and price represent no more than a 20% change in the maximum aggregate offering price set forth in the “Calculation of Registration Fee” table in the effective registration statement;

Provided, however, that paragraphs (a)(1)(i) and (a)(1)(ii) do not apply if the information required to be included in a post-effective amendment by those paragraphs is contained in reports filed with or furnished to the Commission by the registrant pursuant to section 13 or section 15(d) of the Securities Exchange Act of 1934 that are incorporated by reference in the registration statement.

(3) To remove from registration by means of a post-effective amendment any of the securities being registered which remain unsold at the termination of the offering.

Pursuant to the requirements of the Securities Act of 1933, the registrant certifies that it has reasonable grounds to believe that it meets all of the requirements for filing on Form S-8 and has duly caused this registration statement to be signed on its behalf by the undersigned, thereunto duly authorized, in the City of Juno Beach, State of Florida, on June 16, 2021.

Each person whose signature appears below constitutes and appoints Charles E. Sieving as such person’s true and lawful attorney in-fact and agent, with full power of substitution and resubstitution, from such person and in each person’s name, place and stead, in any and all capacities, to sign any and all amendments (including post-effective amendments) to this registration statement or any registration statement relating to this registration statement pursuant to Rule 462 under the Securities Act of 1933 and to file the same, with all exhibits thereto and all documents in connection therewith, with the Securities and Exchange Commission, granting unto said attorney-in-fact and agent full power and authority to do and perform each and every act and thing requisite and necessary to be done as fully to all intents and purposes as he or she might or could do in person, hereby ratifying and confirming all that said attorney-in-fact and agent or his substitute may lawfully do or cause to be done by virtue hereof.

Pursuant to the requirements of the Securities Act of 1933, this registration statement has been signed as of June 16, 2021 by the following persons in the capacities indicated. 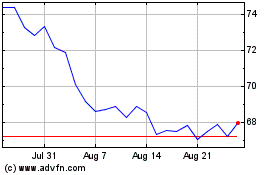 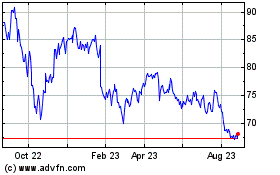 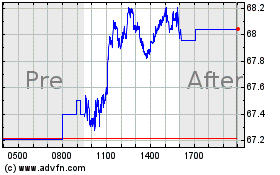