Presented by Amazon and Powered by USA TODAY, Virtual Run Will be First in a Series of Themed Runs with Warner Bros.

Rugged Races, a subsidiary of Gannett Co. Inc. (NYSE: GCI), today announces a nationwide Wonder Woman-themed “virtual run” under an official licensing agreement with Warner Bros., with additional virtual runs based on popular DC Comics and Warner Bros. characters planned for 2020 and beyond.

Unlike a traditional road race where thousands of people run the same route at the same time, a virtual run allows individuals to run whenever and wherever they want. Although each participant runs the same distance, they create their ideal route wherever they live, choose a day to run it, and then submit their finish time online.

Additionally, Amazon is launching a special storefront featuring essential race gear and Wonder Woman-themed products, athletic apparel, and running shoes for fans to purchase. Amazon will also provide registration for the virtual race within the shop. Fans and participants can shop at https://amazon.com/wwrun.

The DC Wonder Woman Virtual Run is the first of many themed virtual runs Rugged Races will produce in 2020 under an agreement with Warner Bros. that will include popular characters and franchises such as Batman, Scooby-Doo and others.

“We could all use a little motivation to stay physically active and socially engaged with each other during times like these,” said Brad Scudder, Senior Vice President of Rugged Races. “We’re thrilled to be working with Warner Bros. to offer people engaging opportunities to be active wherever they are, starting with a virtual run presented by Amazon to celebrate a heroic symbol of strength, compassion, and hope -- Wonder Woman.”

In early 2020, Rugged Races launched a virtual run for its popular Allstate Hot Chocolate 15K/5K series that attracted 35,000 participants nationwide. The company expects the Wonder Woman Virtual Run to exceed that figure with more than 100,000 runners, and already has 25,000 registrants since opening registration on June 1st.

Online registration for the DC Wonder Woman Virtual Run is open to runners of all ages and genders through August 23rd. Runners have until November 30th to complete the race. Those interested can register at https://dcwonderwomanrun.com. Participants are encouraged to join the DC Wonder Woman Virtual Run Facebook community at https://facebook.com/DCWonderWomanRun to share their motivational stories, planned routes, finish times, and photos with other runners nationwide.

Rugged Races is one of the largest endurance event organizers in North America. It owns and produces hundreds of events each year, including the Rugged Maniac Obstacle Course Race Series; the Milwaukee, Providence, and Fargo Marathons; and the Allstate Hot Chocolate 15K/5K Series. Rugged Races is a subsidiary of Gannett Co., Inc. (NYSE: GCI). For more information, visit ruggedraces.com.

Gannett Co., Inc. (NYSE: GCI) is an innovative, digitally focused media and marketing solutions company committed to the communities in our network and helping them build relationships with their local businesses. With an unmatched reach at the national and local level, Gannett touches the lives of millions with our Pulitzer-Prize winning content, consumer experiences and benefits, and advertiser products and services. Our portfolio includes the USA TODAY, local media organizations in 46 states in the U.S. and Guam, and Newsquest, a wholly owned subsidiary with over 140 local media brands operating in the United Kingdom. Gannett also owns the digital marketing services companies ReachLocal, Inc., UpCurve, Inc., and WordStream, Inc. and runs the largest media-owned events business in the U.S., GateHouse Live. Effective November 20, 2019, following the completion of its merger with Gannett, New Media Investment Group Inc. trades on the New York Stock Exchange under Gannett Co., Inc. and its ticker symbol has changed to “GCI”. To connect with us, visit www.gannett.com. 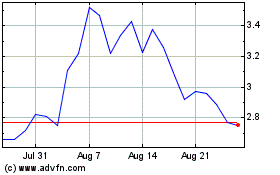 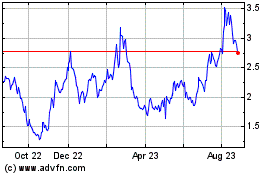