We intend to use the net proceeds of the Notes Offering, along with cash on hand, for the redemption of our outstanding 4.85% Senior Notes due 2021 (the “2021 Notes”), $296 million aggregate principal amount of which is outstanding, and the repayment of our $500 million floating rate term loan due March 30, 2022. On May 15, 2020, the Company notified holders of its outstanding 2021 Notes that the Company will redeem all of the aggregate principal amount of such notes on June 15, 2020.

The Notes Offering was completed pursuant to the Prospectus, filed as a part of the Company’s Registration Statement on Form S-3, dated September 29, 2017 (the “Form S-3”), as supplemented by a prospectus supplement in preliminary form dated May 8, 2020 and in final form dated May 8, 2020, and a free writing prospectus dated May 8, 2020. As previously disclosed in our Current Report on Form 8-K filed with the Securities and Exchange Commission on May 12, 2020, in connection with the Notes Offering, the Company entered into an Underwriting Agreement, dated May 8, 2020 (the “Underwriting Agreement”), with BNP Paribas Securities Corp., Citigroup Global Markets Inc., Goldman Sachs & Co. LLC, PNC Capital Markets LLC and TD Securities (USA) LLC, as representatives of the several underwriters named therein (collectively, the “Underwriters”). The Notes were sold to the Underwriters with underwriting discounts of 0.650% with respect to the 2031 Notes and 0.875% with respect to the 2050 Notes. The Notes were issued under the Senior Indenture, dated as of March 10, 2009, between the Company and The Bank of New York Mellon, as trustee (the “Senior Indenture”).

The 2031 Notes will mature on January 15, 2031. The 2050 Notes will mature on June 15, 2050. However, the Notes are redeemable, in whole or in part, at the Company’s option, at any time or from time to time prior to October 15, 2030, with respect to the 2031 Notes, and December 15, 2049, with respect to the 2050 Notes (each such date with respect to the 2031 Notes and the 2050 Notes, a “Par Call Date”), at a redemption price equal to the greater of (i) 100% of the principal amount of the Notes to be redeemed; and (ii) the make-whole amount, plus, in each case, accrued and unpaid interest to the date of redemption. The “make-whole amount” means the sum of the present values of the remaining scheduled payments on the Notes to be redeemed discounted to the date of redemption on a semi-annual basis (assuming a 360-day year consisting of twelve 30-day months) at a rate equal to the sum of the applicable adjusted treasury rate, plus 45 basis points in the case of the 2031 Notes and 45 basis points in the case of the 2050 Notes. The “remaining scheduled payments” mean the remaining scheduled payments of principal and interest on the Notes that would be due after the related redemption date if such Notes matured on the applicable Par Call Date (not including any portion of such payments of interest accrued to the date of redemption), but for that redemption. If that redemption date is not an interest payment date with respect to the Notes called for redemption, the amount of the next succeeding scheduled interest payment on such Notes will be reduced by the amount of interest accrued to such redemption date.

At any time and from time to time on or after the applicable Par Call Date, the Notes are redeemable at the Company’s option, in whole or in part, at a redemption price equal to 100% of the principal amount of the Notes to be redeemed plus accrued and unpaid interest to but excluding the date of redemption.

The foregoing summary of the terms of the Notes does not purport to be complete and is subject to, and qualified in its entirety by, the full text of (i) the Senior Indenture, incorporated by reference in Exhibit 4.1 to the Form S-3; and (ii) the forms of the Notes, attached hereto as Exhibits 4.1 and 4.2, each of which is incorporated herein by reference.

This report is not intended to and does not constitute an offer to sell or the solicitation of an offer to subscribe for or buy or an invitation to purchase or subscribe for any securities or the solicitation of any vote in any jurisdiction, nor shall there be any sale, issuance or transfer of securities in any jurisdiction in contravention of applicable law. No offer of securities shall be made except by means of a prospectus meeting the requirements of Section 10 of the Securities Act of 1933, as amended. 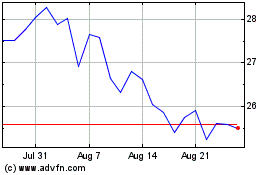 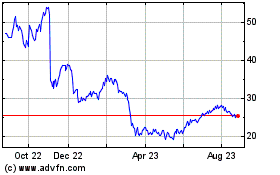 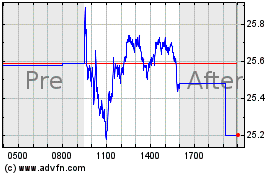