Kosmos Energy (NYSE/LSE: KOS) announced today that Mr. Roy A. Franklin has joined its Board of Directors, effective June 9, 2021. Mr. Franklin is a senior executive with more than 45 years in the energy industry and extensive board experience in multiple companies both in the public and private sector.

Mr. Franklin currently serves as Chairman of the international energy services group, John Wood Group PLC (“Wood”), and is also a member of the Advisory Board of Kerogen Capital LLC.

In Mr. Franklin’s current role at Wood, he has overseen the company’s strategic positioning for the energy transition, broadening the company’s core activities from oilfield services to sustainable energy infrastructure, delivering solutions for a net-zero future. Wood is recognized as a sector leader in ESG matters with an AA rating from MSCI (Kosmos is also AA rated by MSCI) and Mr. Franklin’s experience in this area will be invaluable to Kosmos as it continues to navigate the energy transition.

He was previously the Chairman of Premier Oil plc, a UK-based independent oil and gas exploration company, from 2017 until its acquisition in 2021, the Chairman of privately-held Energean Israel Ltd from 2017 to 2021, and the Deputy Chairman of Equinor A/S from 2015 until 2019.

In addition to those listed above, he has served on the boards of a number of other international companies in non-executive roles, including Statoil A/S from 2007 until 2013, Santos Ltd from 2006 until 2017, Keller Group plc from 2007 until 2016, and Amec Foster Wheeler Plc from 2016 until 2017 when it was acquired by Wood.

Mr. Franklin began his career at BP where he spent 18 years in roles of increasing responsibility. He then joined Clyde Petroleum plc as Group Managing Director, and served as CEO of Paladin Resources plc from 1997 until its acquisition by Talisman Energy in 2005. In 2004 he was awarded the Order of the British Empire, and in 2006 the Petroleum Group Medal of the Geological Society of London, both in recognition of his services to the UK oil and gas industry.

Mr. Franklin earned his Bachelor of Science in Geology in 1973 from the University of Southampton, UK.

“We are delighted to have Roy join the Kosmos Board of Directors,” said Andrew G. Inglis, Chairman and Chief Executive Officer. “He has an impressive record of achievement across the upstream sector. In his executive roles he has created significant value for shareholders and in his non-executive board positions the companies he has served have benefited from his deep strategic understanding of the sector. This is a time of challenge and opportunity in the upstream sector and I am confident Roy’s extensive and varied experience will prove invaluable at the Kosmos Board.”

Kosmos is a full-cycle deepwater independent oil and gas exploration and production company focused along the Atlantic Margins. Our key assets include production offshore Ghana, Equatorial Guinea and U.S. Gulf of Mexico, as well as a world-class gas development offshore Mauritania and Senegal. Kosmos is listed on the New York Stock Exchange and London Stock Exchange and is traded under the ticker symbol KOS. As an ethical and transparent company, Kosmos is committed to doing things the right way. The Company’s Business Principles articulate our commitment to transparency, ethics, human rights, safety and the environment. Read more about this commitment in our Corporate Responsibility Report. For additional information, visit www.kosmosenergy.com. 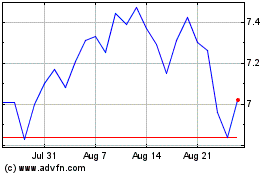 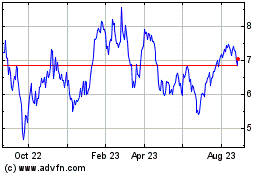 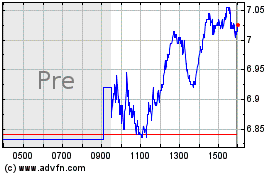