There is no family relationship between Mr. Shah and any other executive officer or director of the Company, and there is no arrangement or understanding with any other person under which he was appointed. There are no transactions to which the Company or any of its subsidiaries is a party and in which Mr. Shah has a direct or indirect material interest subject to disclosure under Item 404(a) of Regulation S-K.

A copy of the press release is filed as Exhibit 99.1 hereto and is incorporated by reference. 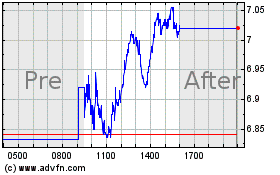