Kinder Morgan Inc. said its natural gas transport volumes fell 2% in the fourth quarter from a year ago.

Natural gas transport volumes were down 2% compared with the fourth quarter of 2019. Volume declined on the Colorado Interstate Gas Pipeline and the Wyoming Interstate Pipeline due to the production declines in the Rockies basin. El Paso Natural Gas saw volume fall due to increases in transportation alternatives for Permian Basin production, the company said.

"These declines were partially offset by: increased volumes on the Texas Intrastate systems, due primarily to increased Gulf Coast contract activity largely serving LNG and industrial markets; on Tennessee Gas Pipeline, driven by increased LNG and power plant deliveries sourced largely from the Appalachian region; and, on Elba Express, due to increased deliveries to Elba Island."

On crude and refined products:

"Terminals segment earnings were essentially flat compared to the fourth quarter of 2019 after adjusting for the impact of the December 2019 KML sale. Refined product volumes that move through our terminals continued to reflect reduced demand due to the pandemic, though they recovered meaningfully during the second half of the year.

"Conversely, we saw historically high effective utilization across our network of nearly 80 million barrels of storage capacity due to term contracts entered into during the second quarter of 2020.

"Due to the structure of our contracts, a much more significant portion of our revenue comes from fixed monthly payments on tank leases versus the revenue we receive for moving product through our terminals."

"CO(2) segment earnings were down compared to the fourth quarter of 2019 due to lower CO(2) sales volumes and lower crude production, partially offset by lower operating expenditures and higher realized crude prices."

"Fourth-quarter 2020 combined oil production across all of our fields was down 16% compared to the same period in 2019 on a net to KMI basis, and CO(2) sales volumes were down 35%." 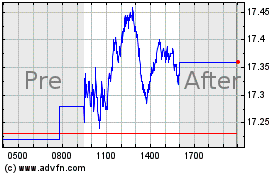