LONDON--Mining titan Rio Tinto PLC (RIO) has no major mergers and acquisition plans in the works, preferring to focus on building new mines rather than buying low-quality assets in the current market environment, said the company's chief executive Thursday.

"If you look at what is available, there are a lot of distressed, high cost projects. That is not what we would like," Sam Walsh told journalists on a call. He noted that the company is interested in Tier 1 assets--those that are high quality, low cost, and large. He noted, however, that there aren't any assets that met those requirements and, if there were, they would be hotly contested.

Rio Tinto, the world's second-largest diversified miner by market capitalization Thursday reported a bumper 78% rise in last year's net income compared with an impairment-weighted net profit a year before. The strong earnings and asset sales helped the company reduce its net debt to $12.5 billion from $18.1 billion the year before and announce a $2 billion share buyback in addition to a notable dividend rise.

Mr. Walsh said that shareholders have enquired whether the company had any interest in mergers and acquisitions, with some enquiring whether the Anglo-Australian might consider approaching Freeport-McMoRan Inc. (FCX) or diversified miner Anglo American PLC (AAL.LN). "We are not doing that," he said. "We are not working on any major M&As," he noted. He also said that shareholders had dismissed the idea that Rio Tinto would give Glencore PLC (GLEN.LN) "any air at all" to consider a tie-up. Glencore is barred from making an approach until April after Rio Tinto rebuffed the mining giant's informal approach last year.

Rio Tinto is reviewing whether to build new mines or buy assets given the current commodities environment. Mr. Walsh noted that it currently doesn't make sense for Rio Tinto to buy because the assets that are up for sale tend to be low quality, high cost operations.

Rio Tinto plans to grow its output by 5% a year in copper equivalent terms through to 2019. The growth stems from a range of large projects, including the development of an underground mine at the massive Mongolian Oyu Tolgoi copper-gold deposit and the continued expansion of iron ore operations in the Pilbara region of Western Australia.

Mr. Walsh also said that Rio Tinto wouldn't take part in any upcoming tender process for blocks 1 and 2 of the massive Simandou iron ore deposit. Guinea's mining minister said this week that the government plans to auction the northern half of the massive Simandou iron-ore deposit in the next few months. "This is a high grade deposit and I don't quite think that the government of Guinea wants to have a single producer" for the entire deposit, he said. Rio Tinto is already developing blocks 3 and 4 of the deposit.

-Write to Alex MacDonald at alex.macdonald@wsj.com 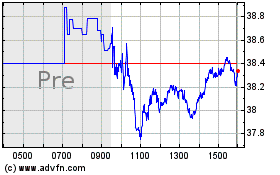