FIRST MAJESTIC SILVER CORP. (AG: NYSE; FR: TSX) (the "Company" or “First Majestic”) today responds to the several inaccurate and misleading Mexican media articles that have been recently published regarding the ongoing tax dispute with the Government of Mexico.

In order to be transparent regarding the facts surrounding the Company’s decision to file a NAFTA Request for Arbitration and for the benefit of those loyal and interested shareholders and stakeholders, the Company wishes to provide an update and a status summary of the tax dispute:

Over the period in question PEM had a combined net earnings before taxes of approximately US$6.7 million. According to the Company’s constitutional law advisors, under Mexican law, taxes may not be imposed on income not received.

As a further update to shareholders, and as expected, PEM recently received a notice of reassessment for the fiscal year 2013 from the SAT for the Mexican Peso amount of MXP1,866,655,000 (approximately US$132.1 million based on current foreign currency conversion rates) recalculating PEM’s taxable income on the basis of market prices for silver sold under the Streaming Agreement rather than actual revenue received. The components of the tax reassessment presented in US Currency can be summarized as follows:

The reassessment far exceeds PEM’s reported annual audited net income before taxes of US$4.2 million for the 2013 fiscal year in question. The majority of the tax assessment relates to inflationary adjustments and punitive discretionary penalties, interest, and surcharges, once again far exceeding the income of PEM.

In accordance with the aforementioned advice by the Company’s Mexican counsel, (i) no tax is payable under these reassessments while the Company’s appeals before the Mexican courts are in process and, ii) the Company believes that its interest expenses and management fee deductions comply with applicable OECD transfer pricing principles.

The Company will continue to vigorously challenge all tax reassessments through all domestic and international means available to it.

First Majestic is a publicly traded mining company focused on silver production in Mexico and is aggressively pursuing the development of its existing mineral property assets. The Company presently owns and operates the San Dimas Silver/Gold Mine, the Santa Elena Silver/Gold Mine and the La Encantada Silver Mine. Production from these mines are projected to be between 12.5 to 13.9 million silver ounces or 20.6 to 22.9 million silver equivalent ounces in 2021.

This press release contains “forward‐looking information” and "forward-looking statements” under applicable Canadian and U.S. securities laws (collectively, “forward‐looking statements”). These statements relate to future events or the Company's future performance, business prospects or opportunities that are based on forecasts of future results, estimates of amounts not yet determinable and assumptions of management made in light of management's experience and perception of historical trends, current conditions and expected future developments. Forward-looking statements include, but are not limited to, statements with respect to: the timing and amount of estimated future production; arbitration and litigation proceedings and the outcome thereof; and the validity of the Advance Pricing Agreement. Assumptions may prove to be incorrect and actual results may differ materially from those anticipated. Consequently, guidance cannot be guaranteed. As such, investors are cautioned not to place undue reliance upon guidance and forward-looking statements as there can be no assurance that the plans, assumptions or expectations upon which they are placed will occur. All statements other than statements of historical fact may be forward‐looking statements. Any statements that express or involve discussions with respect to predictions, expectations, beliefs, plans, projections, objectives or future events or performance (often, but not always, using words or phrases such as “seek”, “anticipate”, “plan”, “continue”, “estimate”, “expect”, “may”, “will”, “project”, “predict”, “forecast”, “potential”, “target”, “intend”, “could”, “might”, “should”, “believe” and similar expressions) are not statements of historical fact and may be “forward‐looking statements”.

Actual results may vary from forward-looking statements. Forward-looking statements are subject to known and unknown risks, uncertainties and other factors that may cause actual results to materially differ from those expressed or implied by such forward-looking statements, including but not limited to: the duration and effects of the coronavirus and COVID-19, and any other pandemics or public health crises on our operations and workforce, and the effects on global economies and society, actual results of exploration activities; conclusions of economic evaluations; changes in project parameters as plans continue to be refined; commodity prices; variations in ore reserves, grade or recovery rates; actual performance of plant, equipment or processes relative to specifications and expectations; accidents; fluctuations in costs; labour relations; availability and performance of contractors; relations with local communities; changes in national or local governments; changes in applicable legislation or application thereof; delays in obtaining approvals or financing or in the completion of development or construction activities; exchange rate fluctuations; requirements for additional capital; government regulation; environmental risks; reclamation expenses; outcomes of pending litigation including appeals of judgments; responses to and resolutions of claims and arbitration proceedings; negotiations and regulatory proceedings; the potential refusal of the Government of Mexico to engage in good faith arbitration; availability of arbitral panels and courts; limitations on insurance coverage as well as those factors discussed in the section entitled "Description of the Business - Risk Factors" in the Company's most recent Annual Information Form, available on www.sedar.com, and Form 40-F on file with the United States Securities and Exchange Commission in Washington, D.C.  Although First Majestic has attempted to identify important factors that could cause actual results to differ materially from those contained in forward-looking statements, there may be other factors that cause results not to be as anticipated, estimated or intended. 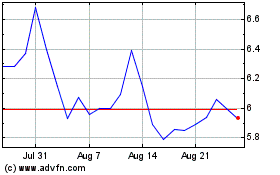 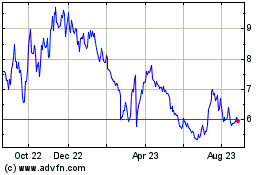 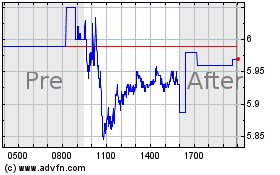