SALT LAKE CITY, Oct. 27, 2021 /PRNewswire/ -- Extra Space Storage Inc. (NYSE: EXR) (the "Company"), a leading owner and operator of self-storage facilities in the United States and a member of the S&P 500, announced operating results for the three and nine months ended September 30, 2021.

Joe Margolis, CEO of Extra Space Storage Inc., commented: "Same-store revenue and NOI accelerated in the third quarter to 18.4% and 27.8%, respectively, due to record setting occupancy and exceptionally strong rental rates.  We also continue to experience strong external growth, and during the quarter surpassed 2,000 Extra Space Storage branded locations. Our excellent property performance, coupled with our disciplined investment strategy, led to FFO growth of 41.2% in the quarter."

The following table (unaudited) outlines the Company's FFO and Core FFO for the three and nine months ended September 30, 2021 and 2020.  The table also provides a reconciliation to GAAP net income attributable to common stockholders and earnings per diluted share for each period presented (amounts shown in thousands, except share and per share data):

The following table (unaudited) outlines the Company's same-store performance for the three and nine months ended September 30, 2021 and 2020 (amounts shown in thousands, except store count data)1:

Same-store expenses were lower for the three months ended September 30, 2021 compared to the same period in 2020 due to decreases in payroll, marketing expense and property taxes, partially offset by credit card processing fees, repairs and maintenance expense and insurance expense.

Same-store expenses were also lower for the nine months ended September 30, 2021 compared to the same period in 2020 due to decreases in payroll and marketing expense, partially offset by increases in property taxes, credit card processing fees, repairs and maintenance expense and insurance expense.

Details related to the same-store performance of stores by metropolitan statistical area ("MSA") for the three and nine months ended September 30, 2021 are provided in the supplemental financial information published on the Company's Investor Relations website at https://ir.extraspace.com/.

The following table (unaudited) outlines the Company's acquisitions and developments that are closed, completed or under agreement (dollars in thousands):

The Company has an additional 16 properties held for sale that are under agreement, all of which are anticipated to close during 2021.  The Company does not anticipate retaining any ownership in these properties, but will retain management of 14 stores.

As of September 30, 2021, the Company managed 827 stores for third-party owners and 261 stores owned in joint ventures, for a total of 1,088 stores under management.  The Company is the largest self-storage management company in the United States.

The following table outlines the Company's FFO estimates and annual assumptions for the year ending December 31, 20211:

FFO estimates for the year are fully diluted for an estimated average number of shares and OP units outstanding during the year. The Company's estimates are forward-looking and based on management's view of current and future market conditions. The Company's actual results may differ materially from these estimates.

Supplemental unaudited financial information regarding the Company's performance can be found on the Company's website at www.extraspace.com. Under the "Company Info" navigation menu on the home page, click on "Investor Relations," then under the "Financials & Stock Information" navigation menu click on "Quarterly Earnings." This supplemental information provides additional detail on items that include store occupancy and financial performance by portfolio and market, debt maturity schedules and performance of lease-up assets.

The Company will host a conference call at 1:00 p.m. Eastern Time on Thursday, October 28, 2021, to discuss its financial results. To participate in the conference call, please dial 855-791-2026 or 631-485-4899 for international participants; audience passcode: 3194845. The conference call will also be available on the Company's investor relations website at https://ir.extraspace.com. To listen to a live broadcast, go to the site at least 15 minutes prior to the scheduled start time in order to register, download and install any necessary audio software. A replay of the call will be available for 30 days on the Company's website in the Investor Relations section.

FFO provides relevant and meaningful information about the Company's operating performance that is necessary, along with net income and cash flows, for an understanding of the Company's operating results. The Company believes FFO is a meaningful disclosure as a supplement to net income. Net income assumes that the values of real estate assets diminish predictably over time as reflected through depreciation and amortization expenses. The values of real estate assets fluctuate due to market conditions and the Company believes FFO more accurately reflects the value of the Company's real estate assets. FFO is defined by the National Association of Real Estate Investment Trusts, Inc. ("NAREIT") as net income computed in accordance with U.S. generally accepted accounting principles ("GAAP"), excluding gains or losses on sales of operating stores and impairment write downs of depreciable real estate assets, plus depreciation and amortization related to real estate and after adjustments to record unconsolidated partnerships and joint ventures on the same basis. The Company believes that to further understand the Company's performance, FFO should be considered along with the reported net income and cash flows in accordance with GAAP, as presented in the Company's consolidated financial statements. FFO should not be considered a replacement of net income computed in accordance with GAAP.

For informational purposes, the Company also presents Core FFO.  Core FFO excludes revenues and expenses not core to our operations and non-cash interest.  Although the Company's calculation of Core FFO differs from NAREIT's definition of FFO and may not be comparable to that of other REITs and real estate companies, the Company believes it provides a meaningful supplemental measure of operating performance. The Company believes that by excluding revenues and expenses not core to our operations and non-cash interest charges, stockholders and potential investors are presented with an indicator of our operating performance that more closely achieves the objectives of the real estate industry in presenting FFO. Core FFO by the Company should not be considered a replacement of the NAREIT definition of FFO. The computation of FFO may not be comparable to FFO reported by other REITs or real estate companies that do not define the term in accordance with the current NAREIT definition or that interpret the current NAREIT definition differently. FFO does not represent cash generated from operating activities determined in accordance with GAAP, and should not be considered as an alternative to net income as an indication of the Company's performance, as an alternative to net cash flow from operating activities as a measure of liquidity, or as an indicator of the Company's ability to make cash distributions.

The Company's same-store pool for the periods presented consists of 860 stores that are wholly-owned and operated and that were stabilized by the first day of the earliest calendar year presented.  The Company considers a store to be stabilized once it has been open for three years or has sustained average square foot occupancy of 80.0% or more for one calendar year. The Company believes that by providing same-store results from a stabilized pool of stores, with accompanying operating metrics including, but not limited to occupancy, rental revenue (growth), operating expenses (growth), net operating income (growth), etc., stockholders and potential investors are able to evaluate operating performance without the effects of non-stabilized occupancy levels, rent levels, expense levels, acquisitions or completed developments.  Same-store results should not be used as a basis for future same-store performance or for the performance of the Company's stores as a whole.

Extra Space Storage Inc., headquartered in Salt Lake City, Utah, is a self-administered and self-managed REIT and a member of the S&P 500. As of September 30, 2021, the Company owned and/or operated 2,054 self-storage stores in 41 states and Washington, D.C. The Company's stores comprise approximately 1.5 million units and approximately 159.0 million square feet of rentable space. The Company offers customers a wide selection of conveniently located and secure storage units across the country, including boat storage, RV storage and business storage. The Company is the second largest owner and/or operator of self-storage stores in the United States and is the largest self-storage management company in the United States. 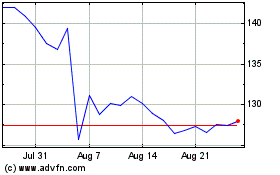 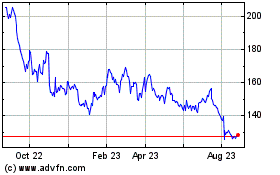 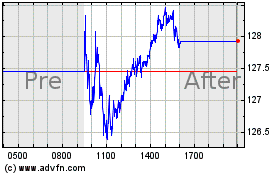