EQM may, at its option, redeem some or all of the 2029 Notes and the 2031 Notes, in whole or in part, at any time prior to their maturity at the applicable redemption price as set forth in the Indenture.

Upon the occurrence of a Change of Control Triggering Event (as defined in the Indenture), EQM may be required to offer to purchase the Notes at a purchase price equal to 101% of the aggregate principal amount of the Notes repurchased, plus accrued and unpaid interest, if any, to, but excluding, the repurchase date.

If an Event of Default occurs and is continuing, the Trustee or the holders of at least 25% in aggregate principal amount of the then outstanding Notes of such series may declare the Notes of such series to be due and payable. Upon such a declaration, such principal, premium, if any, and accrued and unpaid interest on such Notes will be due and payable immediately. If an Event of Default relating to certain events of bankruptcy, insolvency or reorganization occurs, all outstanding Notes will become due and payable immediately without further action or notice on the part of the Trustee or any holders of the Notes.

The Bank of New York Mellon, which is a lender under EQM’s $3 billion credit facility, is an affiliate of the Trustee. Additionally, the Trustee acts as trustee under indentures that govern other outstanding notes of EQM.

The foregoing descriptions of the Indenture and the Notes are not complete and are qualified in their entirety by reference to the full text of the Indenture, which is filed as Exhibit 4.1 to this Current Report on Form 8-K and which is incorporated in this Item 1.01 by reference.

In the ordinary course of their respective businesses, certain of the lenders and the other parties to the Amended 2019 EQM Term Loan Agreement and their respective affiliates have engaged, and may in the future engage, in commercial banking, investment banking, financial advisory or other services with ETRN and its affiliates, including EQM, for which they have in the past and/or may in the future receive customary compensation and expense reimbursement.

The information set forth in Item 1.01 relating to the Indenture under the heading “Indenture and Senior Notes” is hereby incorporated into this Item 2.03 by reference. 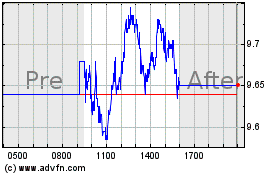