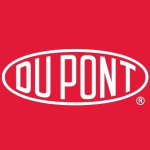 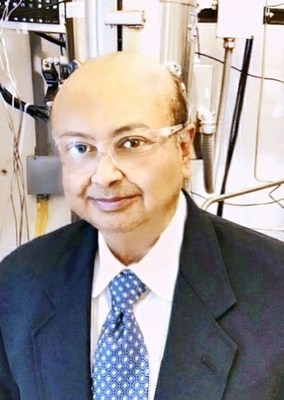 The new 2020 class of Laureates:  Sourav Sengupta and Richard Jackson from DuPont Safety and Construction and Charlotte Horsmans Poulsen and Christophe Fremaux from DuPont Nutrition and Biosciences join an elite and global group of scientists and engineers.

"I'm tremendously honored to welcome these innovators to this year's class of Laureates and congratulate them on their achievements," said Alexa Dembek, Senior Vice President and Chief Technology & Sustainability Officer at DuPont. "Through their tenacity, technical expertise, scientific acumen and leadership, these four leaders have reached the pinnacle of their respective fields, transforming industries and truly living our purpose to empower the world with the essential innovations to thrive."

This year, DuPont changed the title from Fellow to Laureate to reflect the company's ongoing commitment to advance and accelerate Diversity, Equity and Inclusion (DE&I) initiatives. Effective today, all DuPont Fellows will be referred to with the new Laureates designation.

"Adopting the new Laureate title reflects how we are living our Core Values to advance gender-equality and equity, reaffirming our unwavering commitment to DE&I," Dembek said. "This is about fostering an inclusive environment now, and the time for meaningful change is today."

To achieve the highly prestigious level of Laureate, individuals are nominated by their peers and undergo a rigorous selection process based on their technical and business leadership. All Laureates have strong track records of exceptional contributions which have materially contributed to DuPont's business success. Through both personal contributions and collaboration with others, these innovation leaders translate their scientific and technical knowledge, skills and commitment into results with significant impact for global customers.

Dr. Sourav Sengupta has had a long and remarkable career in DuPont for almost 30 years. An innovator and consummate problem-solver, Sengupta is a leader in many areas of catalysis and chemical engineering. His work in heterogeneous catalysis, particularly in hydrogenation, hydrodeoxygenation, and hydrogen cyanide synthesis, has had far-reaching influence, evident from the sheer volume of his publications and the invited lectures he has given. Some of the articles he has published have received more than one hundred citations and have been the basis of new research.

"I feel awed and humbled by the fact that I am now part of a community of eminent scientists, engineers, and innovators, who have achieved this milestone before me, and whom I have always looked up to and admired for their technical contributions to DuPont's long legacy of innovation," said Sengupta.

Over his career he has invented, innovated, and implemented a plethora of new processes and products including, a cheaper and inherently safer process for the synthesis of an aramid fiber monomer; a modular, on-site, and on-demand hydrogen cyanide manufacturing process using induction heating technology; a continuous fixed bed hydrogenation reactor technology for the production of a key intermediate used in the synthesis of Sevoflurane, an inhalation anesthetic; a breakthrough technology for one of the steps in a bio-derived monomer process, a higher activity sulfuric acid catalyst; and a novel hydrodeoxygenation catalyst.

A collaborative leader and a great team player, Sengupta knows how to get results solving business, plant, and process related problems, starting with a creative approach to his work. Sengupta marries an in-depth knowledge of the fundamentals of science with a keen and meticulous sense of detail. He is very generous with his time when counselling, coaching, or mentoring younger colleagues, both professionally and personally. He is a great role model and has had a positive impact on the lives and careers of many colleagues over the years.

Importantly, he is a recognized world-class expert in the catalysis community and the recipient of the 2015 Catalysis Club of Philadelphia Award, a prestigious award in the field of catalysis in North America. He has more than 80 U.S. patents, provisional patents, publications in peer-reviewed journals, presentations in national and international conferences, and invited talks.

Richard Jackson's 40-year career spans multi-nationals like Texaco and DuPont to 10 years as a consultant and small business owner. He joined DuPont in 1997 in the Engineering Polymers Division where he created a breakthrough UnderWater Melt Cutting (UWMC) technology for highly crystalline resins and invented two new families of liquid crystal polymers. He joined the Tyvek® business in 2005 where his technical mastery, strategic vision and remarkable entrepreneurship have delivered significant business results and amazing market impact.

Earlier this year in response to the global pandemic, Jackson developed a new way to produce more Tyvek®. This bold idea was not obvious or easy to execute but, building on past R&D work, the team developed a product ready for commercial launch in just two weeks. The new Tyvek® fabric enabled the production of millions of additional gowns to protect more front-line responders in the fight against COVID-19.

Additionally, what began as a one-time pandemic response has become an enabling innovation with lasting impact delivering more new products and a new hybrid business model that will generate opportunities for years to come.

"There has never been a time like the present that illustrates the importance of what we do, producing essential innovative products that protect the lives of people around the world. I am honored and proud to be part of this team," said Jackson.

Requested by business leaders and customers alike to solve tough problems, Jackson is in demand, often providing customers with technical insights for their own processes creating mutual value and lasting relationships. He is active in several technical organizations and now serves as both a steering team member and lead for several S&C Fellow initiatives. He is a mentor to many younger colleagues with whom he generously shares his market, product and process expertise.

Jackson earned his bachelor's degree in Chemical Engineering from the Georgia Institute of Technology and completed post-graduate studies at Lamar University. In 2018, the Richmond, Virginia Joint Engineers' Council named him Engineer of the Year. He is a four-time winner of the DuPont Engineering Excellence Award, two-time winner of the DuPont Sustainable Growth award and inventor or co-inventor on seven patents.

Throughout her career, Dr. Charlotte Horsmans Poulsen has been a catalyst for innovation in both the Food and Feed Enzymes arenas and she continues to lead the way for business excellence in the emerging Animal Microbiome space.

Notably, she has helped drive the commercialization of the phytase enzyme portfolio, a central segment in Animal Nutrition, which has generated substantial revenue for DuPont.

In 2019, as a testament to her technical achievements and business impact, Horsmans Poulsen was named Technical Fellow by the Technical Leadership at DuPont's Nutrition & Biosciences business. Throughout her 34 years of tenure, she has displayed extraordinary scientific expertise, business acumen and powerful leadership and served for 17 years as Director of Enzyme Development, overseeing a department and delivering strong revenue growth and profitability.

Since 2012, she has held leadership roles in the Food and Feed Enzymes businesses, overseeing more than 65 researchers worldwide and playing a central role in setting the strategic direction for R&D investments.

Horsmans Poulsen is considered a role model to the organization, developing and mentoring talent in R&D. Key to her ability to foster talent is her desire to learn about areas beyond her own field of expertise and to pass on knowledge to new scientists. Her pronounced scientific and technical curiosity and strong willingness to collaborate has enabled her to establish several projects that have led to successful product launches and business growth.

Her strong track record of innovation includes 33 patents and more than 30 peer-reviewed publications.

Horsmans Poulsen is well respected internationally in her field as demonstrated by her appointment as Adjunct Professor of Nano and Food Science at Aarhus University, Denmark. In addition, she has led academic and corporate partnerships to realize public support for programs such as ProSurf – Protein-based Functionalisation of Surfaces (Advanced Technology Foundation project) and Novenia (FøSU project).

She has served as an opponent on Ph.D. theses and as an instructor to Master and Ph.D. students at several universities in Europe. Furthermore, she serves as a board member at centers under Aarhus University in Denmark, including at the School of Engineering.

"I am very honored and proud to be appointed a DuPont Laureate and very happy to serve as a role model being the first woman laureate in DuPont Nutrition and Biosciences," said Horsmans Poulsen.

Throughout his career, Fremaux has accomplished a series of noteworthy scientific achievements that have been translated to high-impact products, including the product lines PRIME 800 and 900 and the development of full-stop post-acidification strains, a breakthrough in delivering a mild yogurt flavor. Led by scientific curiosity and powerful business intuition, he continues to identify new market opportunities and expand DuPont's product pipeline.

Most notably, Fremaux, in collaboration with a global team of scientists, discovered the biological role of the CRISPR-Cas systems in a quest to immunize lactic acid bacteria against mutated bacteriophage. The use of CRISPR-Cas systems has become one of the most important tools in modern industrial biotechnology. Its application has led to substantial revenue and earned DuPont a leading position and significant competitive advantage in the cultures and bioscience markets. He is the co-inventor of numerous patents relating to CRISPR-Cas systems and their application for scientific and commercial purposes. He has co-authored the seminal paper in Science on CRISPR and associated cas genes.

As a powerful example of his ability to identify market needs and anticipate market evolution, Fremaux has developed solutions such as DuPont's Global Phage Technology Services, which has paved the way for a new paradigm in phage monitoring by predicting when renewal of products for phage resistance is needed. The program has proven essential to maintaining fermentation processes while preventing the disruptions in production and economic loss traditionally associated with bacteriophage evolution in manufacturing settings.

Fremaux is the inventor of 23 patent application families and he currently serves as Global Scientific Leader in developing, leading and managing the patent strategy for the DuPont Cultures business. He has published 48 peer-reviewed scientific publications, many in high-impact journals such as Science and Nature. Three of his publications have been sited more than one thousand times, with this highest having 4,574 citations.

Additionally, Fremaux has received several recognitions for his discoveries. In 2019, his significant technical achievements earned him the DuPont Pedersen Medal, the highest technical recognition within DuPont.

Fremaux is an exceptionally effective mentor for technical and professional staff in the research and development organization and has helped nurture key scientific and technical talent. Central to his mentorship is his ability to create an environment of creativity, innovation and development for colleagues at all levels.

Externally, he has managed 16 collaboration programs and initiated 10. These include programs on bacteriophages from lactic acid bacteria at University Laval in Canada, mathematical modelling of bacterial strains in collaboration with the CFFT Institute at Tallinn, Estonia, and the natural competence of S. thermophilus at University Louvain-la-neuve in Belgium.

Fremaux holds a Ph.D. in Molecular Biology from the University of Bordeaux II.

"Throughout my career at DuPont, I have always sought with my colleagues and collaborators to bridge the gap between science and business. My record in terms of scientific publications, patent applications and the development of innovative products are surely the result of this work. The honor of being appointed DuPont Laureate crowns all these efforts," said Fremaux.

About DuPont
DuPont (NYSE: DD) is a global innovation leader with technology-based materials, ingredients and solutions that help transform industries and everyday life. Our employees apply diverse science and expertise to help customers advance their best ideas and deliver essential innovations in key markets including electronics, transportation, construction, water, health and wellness, food, and worker safety. More information can be found at www.dupont.com/.

DuPont™, the DuPont Oval Logo, and all trademarks and service marks denoted with ™, SM or ® are owned by affiliates of DuPont de Nemours, Inc. unless otherwise noted. 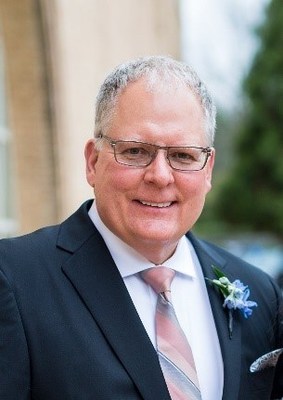 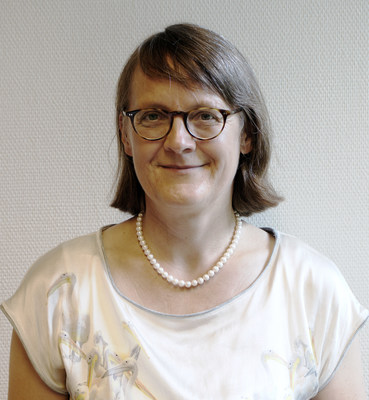 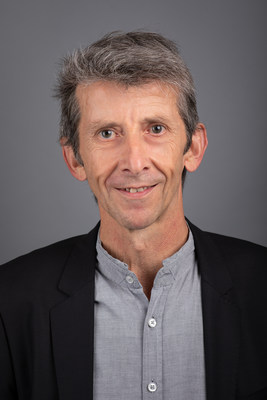 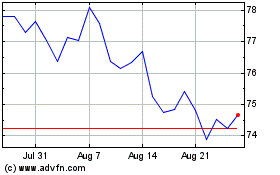 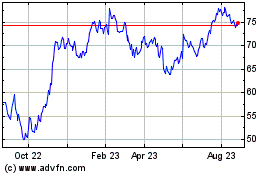 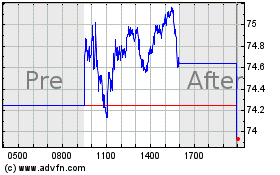