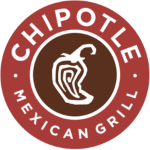 Authorities have identified the strain of E. coli in an outbreak linked to Chipotle Mexican Grill Inc. and it isn't the most severe form of the bacteria, Oregon's state health officer said Tuesday.

The number of people sickened in Oregon in the outbreak has increased to 12 from an earlier count of four, officials said Tuesday. Another 19 people in Washington had reported becoming sick in the outbreak as of Monday, including seven who were hospitalized.

Three people in Oregon have been hospitalized after experiencing bloody diarrhea, but the outbreak hasn't so far resulted in the kind of kidney failure that more severe E. coli strains can cause, said Katrina Hedberg, state health officer with the Oregon Health Authority's public health division.

Dr. Hedberg said some of those affected could have gotten ill from E. coli that isn't related to this outbreak, but that 90% of the people who have been interviewed reported having eaten at a Chipotle in October.

Authorities believe fresh produce is the likely culprit, but the exact source of the contamination hasn't been identified, and it is unclear if the contamination occurred at the farm level or at a Chipotle distribution center, she said.

Food samples from the Chipotle restaurants in the Portland and Seattle areas have been sent to a Food and Drug Administration lab in Washington for testing. If the product source can be identified, the FDA will seek to trace it back to the farm, Dr. Hedberg said.

Dr. Hedberg said she believed that the hospitalized patients in Oregon had been discharged.

"Reopening timing will be determined largely by the pace and progress of the investigation. Right now, that is our top priority and we are continuing to offer our full cooperation as the investigation continues," Chipotle spokesman Chris Arnold said in an email.

The number of cases is likely to grow. "We are continuing to get reports from people who suspect they were sickened," including from people outside the Portland and Seattle metropolitan areas, Dr. Hedberg said.

She said there is a chance health officials won't be able to determine the source of the contamination but that "We're working fast and furious on this."

Write to Julie Jargon at julie.jargon@wsj.com 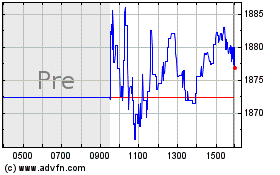