3G Capital Management Inc.'s $4 billion offer, including debt, for Burger King comes across as a classic private-equity play regarding restaurants: Borrow heavily to buy a chain with a large franchise base and pay down the debt over time with cash from franchisee royalty payments and other fees.

"It's literally paying down debt, staying the course and riding any improvement in the economy," restaurant consultant Mark Saltzgaber said.

The franchise model has attracted marquee private equity players to buy restaurant chains like Domino's Pizza Inc. (DPZ), the privately held Dunkin Donuts and a smattering of smaller concepts over the past decade or so.

Burger King already has gone through the private-equity cycle. In 2002, TPG Capital LLC, Bain Capital LLC and Goldman Sachs Capital Partners carved Burger King out of Diageo PLC (DEO). While setting Burger King up as a standalone company, new ownership also helped stabilize some troubles at the company. It shuttered nearly 1,200 Burger King restaurants thereafter, many coming from franchisees struggling under too much debt.

Despite the changes, Burger King found its sales struggling as the economy slipped into a recession. Unemployment weighed heavily on core customers such as teens, young men and some minority groups. McDonald's also continued to push into new product categories including smoothies and coffee, attracting more customers. Burger King also has a store base that's viewed as older than its competitors.

Burger King the chain has implemented some sales strategies already--like premium products on a new broiler--that have shown some promise but have been hampered by a slow recovery. A private investor like 3G Capital could have the patience to wait out such rebound, as oppose to investors in a public company that reports results quarterly.

3G Capital also has told franchisees in a letter that it was attracted to Burger King's product pipeline, including new breakfast items, as well as opportunities for expansion in Asia and Latin America. 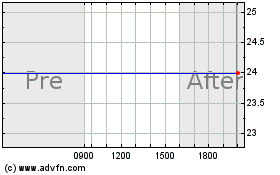