Today bp completed the sale of its upstream Alaska business to Hilcorp and operations of the Prudhoe Bay oil field transferred to Hilcorp at midnight. The upstream assets comprise the vast majority of the deal value.

In August 2019 bp announced it would exit Alaska, selling its business to Hilcorp for a total consideration of $5.6 billion. The sale includes bp’s entire upstream and midstream business in the state, including BP Exploration (Alaska) Inc., which owns all of bp’s upstream oil and gas interests in Alaska, and BP Pipelines (Alaska) Inc.’s interest in the Trans Alaska Pipeline System (TAPS).

bp and Hilcorp continue to work with regulators to complete the midstream sale, including transferring bp’s interest in TAPS.

William Lin, executive vice president, regions, cities & solutions, said: “Today marks a new era for Prudhoe Bay. It is a world-class field and Hilcorp is well-positioned to take it into the future and maximize value for the State of Alaska. We wish them the very best for this next phase of Prudhoe Bay’s long life.”

In April, bp confirmed its commitment to completing the sale, adjusting the financial terms of the agreement to reflect current market conditions while retaining the overall consideration of $5.6 billion.

Janet Weiss, regional president, bp Alaska, said: “I am proud of our employees and contractors who have done extraordinary work to make this a safe and seamless transition. Thank you. And to the State of Alaska, we deeply value our role in Alaska’s history, and thank the governor and his team for positioning Prudhoe Bay for many more years of competitive production.”

bp is America’s largest energy investor since 2005, investing more than $125 billion in the economy. 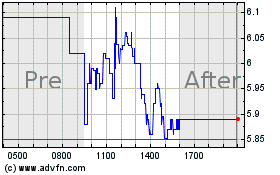