As used in this Current Report on Form 8-K, unless otherwise stated or the context clearly indicates otherwise, the terms the “Registrant,” “Company,” “New Beachbody,” “we,” “us,” and “our” refer to The Beachbody Company, Inc., and its subsidiaries at and after the Closing Date and giving effect to the consummation of the Business Combination (the “Closing”) and the term “Old Beachbody” refers to The Beachbody Company Group, LLC, and its subsidiaries prior to the Closing Date and without giving effect to the Closing.

Item 2.01. Completion of Acquisition of Disposition of Assets.

This Current Report including the information incorporated herein by reference, contains forward-looking statements within the meaning of the safe harbor provisions of the Private Securities Litigation Reform Act of 1995, including statements about the anticipated benefits of the Business Combination described herein, and the financial condition, results of operations, earnings outlook and prospects of Forest Road and/or New Beachbody. In addition, any statements that refer to projections, forecasts or other characterizations of future events or circumstances, including any underlying assumptions, are forward-looking statements. Forward-looking statements are typically identified by words such as “plan,” “believe,” “expect,” “anticipate,” “intend,” “outlook,” “estimate,” “forecast,” “project,” “continue,” “could,” “may,” “might,” “possible,” “potential,” “predict,” “should,” “would” and other similar words and expressions, but the absence of these words does not mean that a statement is not forward-looking.

Should one or more of these risks or uncertainties materialize or should any of the assumptions made by the management of New Beachbody prove incorrect, actual results may vary in material respects from those projected in these forward-looking statements.

The risks associated with New Beachbody’s business are described in the Proxy Statement/Prospectus beginning on page 46 under the heading “Risk Factors” and that information is incorporated herein by reference.

The facilities of the Company are described in the Proxy Statement/Prospectus beginning on page 209 under the heading “Business of Beachbody—Facilities” and that information is incorporated herein by reference.

The following table sets forth information regarding the beneficial ownership of the New Beachbody common stock as of the Closing Date by:

Unless otherwise indicated, the Company believes that all persons named in the table below have sole voting and investment power with respect to all shares of New Beachbody common stock beneficially owned by them:

The disclosure contained in the Proxy Statement/Prospectus beginning on page 250 under the heading “Management of the Company Following the Business Combination” is incorporated herein by reference.

The disclosure contained in the Proxy Statement/Prospectus beginning on page 257 under the heading “Executive Compensation” is incorporated herein by reference.

Certain relationships and related party transactions of the Company are described in the Proxy Statement/Prospectus beginning on page 264 under the heading “Certain Relationships and Related Person Transactions” and that information is incorporated herein by reference.

The disclosure regarding legal proceedings contained in the Proxy Statement/Prospectus beginning on page 211 under the heading “Business of Beachbody—Legal Proceedings” is incorporated herein by reference.

Reference is made to the disclosure set forth under Item 3.02 of this Report concerning the issuance of shares of New Beachbody common stock in connection with the Transactions, which is incorporated herein by reference.

DESCRIPTION OF REGISTRANT’S SECURITIES TO BE REGISTERED

The disclosure contained in the Proxy Statement/Prospectus beginning on page 271 under the heading “Description of Securities” is incorporated herein by reference.

The information set forth under Item 9.01 of this Current Report on Form 8-K is incorporated by reference.

CHANGES IN AND DISAGREEMENTS WITH ACCOUNTANTS ON ACCOUNTING AND FINANCIAL DISCLOSURE

The information set forth under Item 4.01 of this Current Report on Form 8-K is incorporated by reference.

The information set forth under Item 9.01 of this Current Report on Form 8-K is incorporated by reference.

The PIPE Placement closed immediately prior to the Business Combination on the Closing Date. The placement agents, including Credit Suisse Securities (USA) LLC, Cantor Fitzgerald & Co. and The Raine Group LLC, received customary fees in connection with such closing equal to approximately $4,375,000 in the aggregate. The PIPE Shares were exchanged for shares of New Beachbody Class A common stock upon consummation of the Business Combination.

This summary is qualified in its entirety by reference to the text of the Form of Subscription Agreement, which is included as Exhibit 10.1 to this Current Report on Form 8-K and is incorporated herein by reference.

Amended and Restated Certificate of Incorporation

Upon the Closing, the Company’s bylaws were amended and restated to be consistent with the amended and restated certificate of incorporation and to make certain other changes that Forest Road’s board of directors deemed appropriate for a public operating company, including certain transfer restrictions for certain holders of New Beachbody common stock obtained in the Business Combination.

Item 5.01. Change in Control of Registrant

On June 25, 2021, in connection with the Special Meeting, Carl Daikeler, Mary Conlin, Michael Heller, Kevin Mayer, John Salter and Ben Van de Bunt were each elected to the Board of Directors of New Beachbody.

In addition, the employment agreement provides for: (i) an annual base salary of $600,000, payable in accordance with the Company’s normal payroll practices and which may be increased (but not decreased) in the sole discretion of the Board; and (ii) effective on the Closing of the Business Combination, a target annual bonus opportunity equal to 75% of Ms. Collyns’ annual base salary, based on the achievement of individual and/or Company performance goals as determined by the Board in its sole discretion. Any such annual bonus earned by Ms. Collyns shall be payable to her on the date annual bonuses are paid to other senior executives of the Company (but in no event later than March 15th of the year following the year in which such bonus was earned), subject to Ms. Collyns’ continued employment through the applicable payment date. Under the employment agreement, Ms. Collyns (and her spouse and/or eligible dependents) are eligible to participate in the customary health, welfare and fringe benefit plans maintained by the Company for the benefit of its senior executives.

In addition to the severance payments and benefits described above, if Ms. Collyns’ employment is terminated due to her death or disability, then Ms. Collyns will be entitled to receive (A) the Prorated Target Bonus and (B) an additional 12 months of vesting for each outstanding and unvested time-vesting equity award then-held by Ms. Collyns.

The severance payments and benefits described above are subject to Ms. Collyns’ (i) timely execution and non-revocation of a general release of claims in favor of the Company and (ii) continued compliance with customary confidentiality and non-disclosure restrictions, assignment of inventions covenants and service provider non-solicitation restrictions effective during employment and for the 12 months thereafter.

Further, the employment agreement includes a “best pay” provision under Section 280G of the Internal Revenue Code of 1986, as amended (the “Code”), pursuant to which any “parachute payments” that become payable to the executive will either be paid in full or reduced so that such payments are not subject to the excise tax under Section 4999 of the Code, whichever results in the better after-tax treatment to the executive.

The foregoing description of the employment agreement is qualified in its entirety by reference to the full text of such agreement, which is filed as Exhibit 10.4 to this Current Report on Form 8-K and incorporated by reference herein.

In connection with the Closing of the Business Combination, the Board approved a one-time cash transaction bonus to certain of its employees, including Ms. Collyns, to reward such employees for their service to the Company and incent such employees to continue in their service to the Company through and following the Closing Date. Ms. Collyns’ transaction bonus is payable in a single lump-sum payment equal to $300,000.

The information contained in Item 3.03 to this Current Report on Form 8-K is incorporated in this Item 5.03 by reference.

A copy of the press release announcing the Closing is attached as Exhibit 99.2 to this Current Report on Form 8-K and is incorporated herein by reference. The information in this Item 7.01 and Exhibit 99.2 attached hereto shall not be deemed “filed” for purposes of Section 18 of the Securities Exchange Act of 1934, as amended (the “Exchange Act”), or otherwise subject to the liabilities of that section, nor shall it be deemed incorporated by reference in any filing under the Securities Act or the Exchange Act.

On June 28, 2021, the Company issued a press release announcing the consummation of the Business Combination. A copy of the press release is filed as Exhibit 99.2 to this Current Report on Form 8-K and is incorporated herein by reference.

In accordance with Rule 12b-23 promulgated under the Securities Exchange Act of 1934, as amended (“Rule 12b-23”), The Beachbody Company Group, LLC’s audited consolidated balance sheets as of December 31, 2020 and 2019, the related consolidated statements of operations for each of the three years in the period ended December 31, 2020, and the related notes are incorporated by reference. 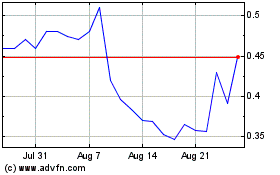 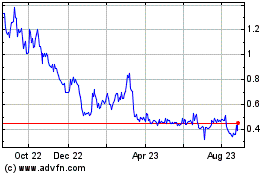 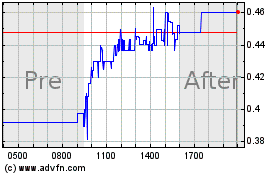