Securities registered pursuant to section 12(b) of the Act:

On August 18, 2020, Antero Resources Corporation (the “Company”) and certain of its subsidiaries entered into a purchase agreement (the “Purchase Agreement”) with J.P. Morgan Securities LLC, as representative of the several initial purchasers named in Schedule 1 thereto (the “Initial Purchasers”), with respect to a private offering (the “Notes Offering”) by the Company of $250,000,000 aggregate principal amount of 4.25% convertible senior notes due 2026 (the “Notes”), along with the related guarantees of the Notes (the “Guarantees”). In addition, pursuant to the Purchase Agreement, the Company granted the Initial Purchasers an option, which is exercisable within 30 days, to purchase up to an additional $50,000,000 aggregate principal amount of Notes. On August 21, 2020, the Notes Offering was closed with respect to $250,000,000 principal amount of Notes.

The Purchase Agreement contains customary representations, warranties and agreements by the Company and all of the Company’s current subsidiaries that guarantee its obligations under its existing senior notes and certain of its future subsidiaries (collectively, the “Guarantors”) and customary conditions to closing, indemnification obligations and termination provisions.

The Initial Purchasers and their respective affiliates have provided, and may in the future provide, various financial advisory, sales and trading, commercial and investment banking and other financial and non-financial activities and services to the Company and its affiliates, for which they have received or will receive customary fees and expenses.

The Notes were issued pursuant to, and are governed by, an indenture (the “Indenture”), dated as of August 21, 2020, among the Company, the Guarantors named therein and Wells Fargo Bank, National Association, as trustee (the “Trustee”).

The Notes will accrue interest at a rate of 4.25% per annum, payable semi-annually in arrears on March 1 and September 1 of each year, beginning on March 1, 2021. The Notes will mature on September 1, 2026, unless earlier repurchased, redeemed or converted. Before May 1, 2026, noteholders will have the right to convert their Notes only upon the occurrence of certain events. From and after May 1, 2026, noteholders may convert their Notes at any time at their election until the close of business on the second scheduled trading day immediately before the maturity date. The Company will settle conversions by paying or delivering, as applicable, cash, shares of its common stock or a combination thereof, at the Company’s election. The initial conversion rate is 230.2026 shares of common stock per $1,000 principal amount of Notes, which represents an initial conversion price of approximately $4.34 per share of common stock. The conversion rate and conversion price will be subject to customary adjustments upon the occurrence of certain events. In addition, if certain corporate events that constitute a “Make-Whole Fundamental Change” (as defined in the Indenture) occur, then the conversion rate will, in certain circumstances, be increased for a specified period of time.

The Notes will be redeemable, in whole or in part, at the Company’s option at any time, and from time to time, on or after March 1, 2024 and before the maturity date, at a cash redemption price equal to the principal amount of the Notes to be redeemed, plus accrued and unpaid interest, if any, to, but excluding, the redemption date, but only if the last reported sale price per share of the Company’s common stock exceeds 130% of the conversion price on (1) each of at least 20 trading days, whether or not consecutive, during the 30 consecutive trading days ending on, and including, the trading day immediately before the date the Company sends the related redemption notice; and (2) the trading day immediately before the date the Company sends such notice. Notwithstanding anything to the contrary above, the Company may only redeem the Notes in whole, and not in part, if the redemption date in connection with such redemption will be on or after the 41st scheduled trading day immediately before the maturity date. In addition, calling any Note for redemption will constitute a make-whole fundamental change with respect to that Note, in which case the conversion rate applicable to the conversion of that Note will be increased in certain circumstances if it is converted after it is called for redemption.

If certain corporate events that constitute a “Fundamental Change” (as defined in the Indenture) occur, then, subject to certain exceptions, noteholders may require the Company to repurchase their Notes at a cash repurchase price equal to the principal amount of the Notes to be repurchased, plus accrued and unpaid interest, if any, to, but excluding, the fundamental change repurchase date. The definition of Fundamental Change includes certain business combination transactions involving the Company and certain de-listing events with respect to the Company’s common stock.

The Notes will have customary provisions relating to the occurrence of “Events of Default” (as defined in the Indenture), which include the following: (i) certain payment defaults on the Notes (which, in the case of a default in the payment of interest on the Notes, will be subject to a 30-day cure period); (ii) the Company’s failure to send certain notices under the Indenture within specified periods of time; (iii) the Company’s failure to comply with certain covenants in the Indenture relating to the Company’s ability to consolidate with or merge with or into, or sell, lease or otherwise transfer, in one transaction or a series of transactions, all or substantially all of the assets of the Company and its subsidiaries, taken as a whole, to another person; (iv) a default by the Company in its other obligations or agreements, or in any Guarantor’s obligations or agreements, under the Indenture or the Notes if such default is not cured or waived within 60 days after notice is given in accordance with the Indenture; (v) certain defaults by the Company or any of its subsidiaries with respect to indebtedness for borrowed money of at least $30,000,000 (other than “Non-Recourse Indebtedness” (as defined in the Indenture)); (vi) certain events of bankruptcy, insolvency and reorganization involving the Company, any Guarantor or any of the Company’s or any Guarantor’s respective significant subsidiaries; and (vii) any guarantee of the Notes ceases to be in full force and effect or any Guarantor denies or disaffirms its obligations under its guarantee of the Notes.

The summaries of the Purchase Agreement, the Indenture and the Notes set forth in this Item 1.01 do not purport to be complete, and are qualified by reference to such agreements, which are being filed as Exhibits 1.1, 4.1 and 4.2 hereto, respectively, and which are incorporated herein by reference.

The information set forth in Item 1.01 above is hereby incorporated into this Item 2.03 by reference, insofar as it relates to the creation of a direct financial obligation.

The information set forth in Item 1.01 above is hereby incorporated into this Item 3.02 by reference, insofar as it relates to the unregistered sale of equity securities of the Company. 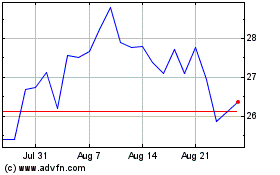 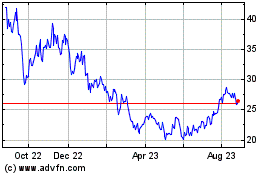 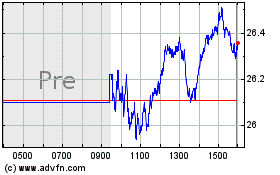