This article is being republished as part of our daily reproduction of WSJ.com articles that also appeared in the U.S. print edition of The Wall Street Journal (May 6, 2020).

The insurers' first-quarter earnings reflected only the opening weeks of the world-wide spread of the coronavirus. All cautioned that the second quarter would be more revealing of the pandemic's impact.

Global carrier American International Group Inc. posted a 91% decline in its widely watched "adjusted pretax income" to $172 million from $1.85 billion in the year-earlier quarter. Those earnings, reported Monday afternoon were hurt by lower investment income, weather-related catastrophe costs and a boost to reserves of $272 million on a pretax basis related to Covid-19 costs.

The Covid-19 reserve increase includes already received and anticipated claims from policyholders under policies covering travel cancellations and business interruptions, among other things. Business-income claims have surged at many insurers, stemming from shelter-at-home and lockdown directives that shut down or limited the operations of restaurants, retailers and many other private-sector operations across the U.S.

Operating income at Prudential, which has an asset-management unit with $1.3 trillion under management in addition to its life-insurance businesses, declined 25% to $939 million, the company said Tuesday afternoon. Prudential said "market turbulence related to the pandemic adversely impacted" the results. Ultralow interest rates, part of the fallout from Covid-19, pressured its profit on some insurance products, the insurer said. Earnings in Prudential's group-insurance unit sank with lower variable investment income.

But Allstate's adjusted net income rose 47% to $1.14 billion. The insurer benefited from sharply lower catastrophe costs compared with the year-earlier period. Allstate said its underwriting profit from its car and home policies jumped 92% to $1.34 billion.

Allstate's results, reported Tuesday afternoon, also included some of the impact of reduced driving from people hunkered down in their homes under the stay-at-home directives, but more of that is expected to be reflected in the second-quarter results. Those big drops in mileage led Allstate, and many other big insurers, to announce plans in April for premium refunds to policyholders, either to be dispatched immediately or as credits on their April and May bills.

"Miles driven has started to pick back up since the middle of April, but it still isn't anywhere close to where it was" before the pandemic, Allstate Chief Executive Tom Wilson said. At one point in some states, mileage was down 50% to 60%, he said.

The insurers' results come as at least one study suggests the still-unfolding crisis could top Hurricane Katrina in 2005 as the costliest disaster to insurers. Brokerage Willis Towers Watson said in a May 1 report that U.S. and U.K. losses to property-casualty insurers from Covid-19 could hit $32 billion in a moderate scenario and $80 billion in a severe one. Katrina cost insurers and the U.S. flood-insurance program more than $70 billion in today's dollars, according to trade group Insurance Information Institute.

AIG "will continue to be laser focused on actions to further strengthen" its capital and access to cash, Mr. Duperreault said. In March, AIG made a partial drawdown of $1.3 billion from a revolving credit facility, the insurer said. That was one of numerous efforts by numerous property-casualty and life insurers to build up funds to potentially tap into, analysts said.

The big question commercial insurers like AIG face is the potential exposure from property policies that include coverage for business interruption. Industrywide, litigation over disputed coverage is mounting in courts, and restaurants and other small businesses are seeking help from state and federal lawmakers to try to force insurers to pay out. For their part, most insurers cite pandemic, virus and other exclusions written into their business-interruption policies.

AIG President Peter Zaffino told analysts in the earnings call that "the overwhelming majority" of AIG's property policies "contain exclusions for losses related to viruses" and have other terms that preclude Covid-19 business-interruption claims. "We are confident these exclusions and related terms and conditions will be upheld should they be challenged," he said.

Besides business-interruption and travel claims, AIG's $272 million reserve boost addresses claims on event-cancellation contracts, trade credit, workers' compensation and policies reinsured for other carriers by its Validus Re unit, it said.

Wall Street analysts follow insurers' adjusted earnings, rather than net income, because they exclude realized capital gains and losses and other items considered nonrecurring. Allstate's net income fell 59% from the year-earlier quarter to $513 million. It said its higher underwriting income was more than offset by net realized capital losses and pension and other postretirement remeasurement losses. 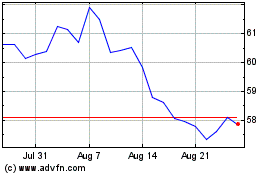 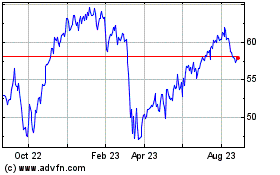 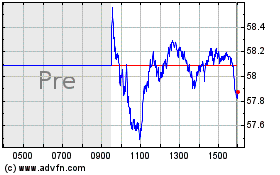