On June 4, 2020, Agilent Technologies, Inc. (the “Company”) closed the previously announced sale of $500 million in aggregate principal amount of its 2.100% Senior Notes due 2030 (the “Notes”) in an underwritten public offering (the “Offering”). The Notes were offered pursuant to the Company’s Registration Statement on Form S-3 (File No. 333-233593) filed with the Securities and Exchange Commission on September 3, 2019, as supplemented by the prospectus supplement, dated June 1, 2020.

The Notes were issued at a price to the public of 99.812% of their principal amount. The Notes will mature on June 4, 2030 and bear interest at a fixed rate of 2.100% per annum, payable semi-annually in arrears on June 4 and December 4 of each year, commencing on December 4, 2020. The Notes are unsecured and will rank equally in right of payment with all of the Company’s other senior unsecured indebtedness.

The Indenture contains covenants that limit the ability of the Company and its subsidiaries to incur liens, enter into sale and lease-back transactions and consolidate, merger or sell assets, subject to certain exceptions.

The descriptions above are summaries and are qualified in their entirety by the Indenture, which was filed as Exhibit No. 4.1 to the Company’s Current Report on Form 8-K dated September 16, 2019, and the Supplemental Indenture and the form of Note, filed as Exhibits No. 4.1 and 4.2 hereto, respectively, and, in each case, incorporated by reference herein.

The information set forth above under Item 1.01 is hereby incorporated by reference into this Item 2.03. 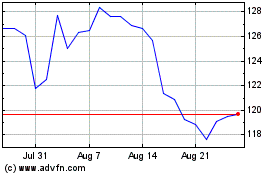 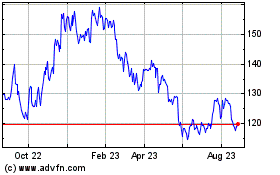 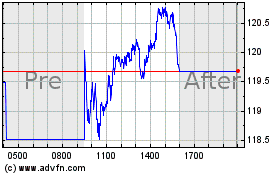