Zynerba Pharmaceuticals, Inc. (NASDAQ:ZYNE), the leader in innovative pharmaceutically-produced transdermal cannabinoid therapies for rare and near-rare neuropsychiatric disorders, is presenting two posters describing the efficacy, safety and quality of life results of the Phase 2 BELIEVE (Open Label Study to Assess the Safety and Efficacy of Zygel™ (ZYN002) Administered as a Transdermal Gel to Children and Adolescents with Developmental and Epileptic Encephalopathy) clinical trial at the 2020 virtual annual meeting of the American Epilepsy Society (AES). Both posters are available on the Zynerba corporate website at http://zynerba.com/publications/.

“These newly reported data are exciting as they describe the compelling anti-seizure activity of Zygel in children and adolescents suffering from developmental and epileptic encephalopathies, or DEEs, through twelve months of treatment,” said Zynerba’s Chief Medical Officer, Joseph M. Palumbo, MD, FAPA, MACPsych. “This is particularly exciting, as this trial was conducted in a refractory seizure population in which patients failed to show adequate response despite taking as many as four anti-seizure drugs. Additionally, we observed an equally compelling seizure reduction in children with a coexisting diagnosis of autism spectrum disorder.”

Figure 1: Median Percentage Reduction From Baseline in 28-Day Frequency of FIAS and TCS by Time Point, Patients With FIAS and/or TCS at Baseline

Additionally, as shown in Figure 2, a substantial percentage of patients achieved ≥35% and ≥50% reduction in FIAS and TCS by month three (58% and 46%, respectively), and these reductions in seizures continued through month 12 (89% and 83%, respectively).

Figure 2: Percentage of Patients With 35% and 50% Reduction in FIAS and TCS by Time Point, Patients With FIAS and/or TCS at Baseline

Epileptic encephalopathies represent a particularly severe form of epilepsy, associated with cognitive and behavioral deficits, including impaired social-communication and restricted, repetitive behaviors that are the hallmarks of autism spectrum disorder (ASD)1. Zynerba conducted an exploratory analysis to evaluate the efficacy of Zygel in reducing seizures in DEE patients with coexisting ASD enrolled in BELIEVE.

As seen in Figure 3, over the 12-month treatment period, the median percentage reduction from baseline in monthly frequency of consciousness-impairing seizures (FIAS or TCS) in patients with DEE and ASD improved over time, and these reductions in seizures ranged from 45% at month three to 74% at month 12.

Figure 3. Median Percentage Reduction From Baseline in 28-Day Frequency of FIAS and TCS by Time Point, Patients With Coexisting ASD at Baseline

As seen in Figure 4, a substantial percentage of patients achieved ≥35% and ≥50% reduction in FIAS and TCS by month three (60% and 40%, respectively), and these reductions continued through month 12 (75%).

Figure 4: Percentage of Patients With 35% and 50% Reduction in FIAS and TCS by Time Point, Patients With Coexisting ASD at Baseline

Zygel was well tolerated in BELIEVE. Most treatment-emergent adverse events (any event, whether unrelated or related to study drug) were mild or moderate. There were no clinically significant changes in vital signs, ECGs, or laboratory findings except for one patient with a transient, benign, isolated elevation of alkaline phosphatase at week 26 that was not considered related to study medication.

The authors of the poster concluded that:

The second poster entitled, “Quality of Life and Sleep Assessments in Children with Developmental and Epileptic Encephalopathies Treated With ZYN002 (CBD) Transdermal Gel: BELIEVE (ZYN2-CL-025)” describes the impact of Zygel on profound sleep disturbances experienced by DEE patients enrolled in the BELIEVE trial.

Dr. Palumbo continued, “These new data highlight the impact Zygel has on the profound sleep disturbance often experienced by DEE patients in this trial. Importantly, disrupted sleep in children with epilepsy has previously been reported to be associated with negative outcomes in overall family functioning. The Sleep Disturbance Scale for Children (SDSC) utilized in the BELIEVE trial shows that half of the enrolled children exhibited clinically significant sleep problems at study baseline, which improved while receiving Zygel.”

The Sleep Disturbance Scale for Children (SDSC) is a 26-item scale completed by caregivers that assesses six different sleep categories. The authors of the poster concluded that treatment with Zygel may be associated with improvements in disorders of initiating and maintaining sleep, disorders of arousal/nightmares, sleep wake transitions, and overall sleep, as well as clinically meaningful improvements observed in vitality, cognition/concentration, socially avoidant behaviors, seizure severity, behavior, and mood.

As shown in Figure 5 and Table 1 below, statistically significant improvements from baseline in sleep scores were observed in the Total Sleep Score (p=0.012), Disorders of Initiating or Maintaining Sleep (DIMS; p=0.006), Disorder of Arousal/Nightmares (DA; p=0.031), and Sleep Wake Transition Disorder (SWTD; p=0.030).

Figure 5: The Sleep Disturbance Scale for Children (SDSC) – Percentage of Patients Above Threshold for Clinically Significant Sleep Problems at Baseline and Week 26

Table 1. Change From Baseline in the SDSC

*P<0.05 for change from baseline to week 26; statistically significant

About Zynerba Pharmaceuticals, Inc. Zynerba Pharmaceuticals is the leader in pharmaceutically-produced transdermal cannabinoid therapies for rare and near-rare neuropsychiatric disorders. We are committed to improving the lives of patients and their families living with severe, chronic health conditions including Fragile X syndrome, autism spectrum disorder, 22q11.2 deletion syndrome, and a heterogeneous group of rare and ultra-rare epilepsies known as developmental and epileptic encephalopathies. Learn more at www.zynerba.com and follow us on Twitter at @ZynerbaPharma. 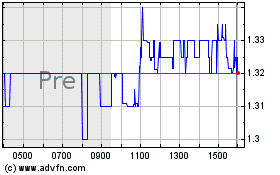