Utilities across the country are seizing a fast-expiring green energy subsidy to boost the efficiency of aging wind farms as they set ambitious goals to reduce their carbon emissions.

Xcel Energy Inc., a Minneapolis-based utility company serving customers in eight states in the West and Midwest, recently announced plans to invest as much as $1.4 billion to refurbish some of its older wind farms as it pushes to provide carbon-free electricity by 2050. The projects, which will qualify for a gradually diminishing federal tax credit set to expire this year, involve retrofitting outdated turbines with bigger blades and new technology to boost efficiency.

Analysts say the subsidy could be extended, but some companies aren't leaving anything to chance in an election year. Tax credits from the policy can save companies tens of millions of dollars annually.

Xcel Chief Executive Ben Fowke said many projects slated for "repowering" were built about a decade ago, when new wind projects generated power for at least $60 per megawatt hour -- roughly three times the average cost today. Mr. Fowke said retrofitting such projects can substantially reduce their higher generation costs and extend their useful lives by a decade or longer.

"You take a project that is using older technology, outfit it with the new technology, and we're able to bring down the cost by 20%," Mr. Fowke said. "It's really a compelling economic proposition."

Many U.S. utilities recognized the potential to refurbish their older wind farms in 2016, after Congress extended a federal subsidy that allows wind-energy producers to earn tax credits based on electricity output over a 10-year period. By refurbishing a project, utilities can restart the clock on the credits and likely earn more of them by boosting output. Companies must start construction this year on eligible projects or have stockpiled equipment to qualify.

The federal subsidy, first implemented in 1992, has generated $2 billion to $5 billion in tax credits each year since 2015, when wind development began to accelerate, according to a report this year by the Congressional Research Service.

Future investments in the nation's aging wind fleet largely depend on whether Congress moves to extend the production-tax credit, analysts say. Democratic presidential candidate Joe Biden has said he would prioritize the expansion of renewable energy subsidies under a $2 trillion plan to accelerate infrastructure spending and carbon-reduction goals.

The Trump administration last year extended the wind-production tax credit by a year, just before it had been set to expire. It might consider a longer extension as part of an effort to regain jobs lost as a result of the coronavirus pandemic, said Timothy Fox, vice president at ClearView Energy Partners LLC.

"Under both presidential administrations, there seems to be the possibility of an extension," Mr. Fox said. "An economic recovery bill could give lawmakers a reason to look at the high labor intensity of wind and solar resources."

U.S. utilities and renewable energy developers have targeted 14 gigawatts of wind projects for refurbishment since 2016, representing nearly 15% of domestic production capacity, research-firm Wood Mackenzie estimated. Principal wind-energy consultant Aaron Barr said companies would look to repower an additional 17 gigawatts of wind capacity if the tax credits are extended, notably in places where power-grid congestion has made it difficult to build new projects.

"Repowering has really transformed the industry in a big way in the last few years," Mr. Barr said. "It's the most cost-effective way to gain incremental increases in renewable generation."

PacifiCorp, a utility company owned by Warren Buffett's Berkshire Hathaway Inc. that serves customers in six Western states, is working this year to finish repowering its entire fleet of 13 wind farms, a $1.1 billion investment eligible for the federal tax credit. Since 2018, the company has been installing larger turbines and replacing faulty components that had led to higher maintenance costs.

"You're getting, on average, about 30% more energy out of these projects, " said Mark Sturtevant, PacifiCorp's vice president of renewable energy. "The technology advances in the past 10 years have allowed for this kind of improvement."

PacifiCorp is now finishing upgrades to its first-ever wind farm, which has been operating in Wyoming since 1999.

The company is replacing the original 68 turbines with 13 newer, more powerful ones that will boost the facility's power output by more than 50%. The change in technology, Mr. Sturtevant said, is like going "from a Model T to Star Wars." 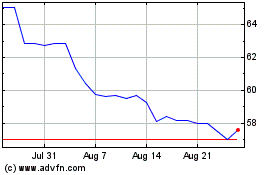 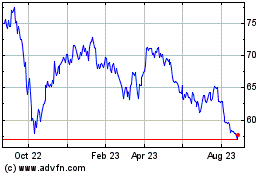 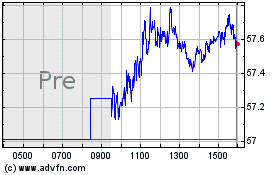