CLEVELAND -- Plaintiffs' lawyers for cities and counties are demanding more money from major drug distributors, holding up a wide-ranging settlement of opioid litigation after hours of negotiations failed to result in a deal.

Top health-care executives and legions of lawyers descended on the federal courthouse here Friday for settlement talks under the guidance of U.S. District Judge Dan Polster, who called all sides to his courtroom in a last-chance attempt to strike a settlement ahead of a Monday trial.

That amount isn't enough for cities and counties that have cases in front of Judge Polster, Paul Hanly, a lead lawyer for the municipalities, said outside of the judge's courtroom Friday. Mr. Hanly said his group is pushing for more money to be paid out over a shorter time.

North Carolina Attorney General Josh Stein, speaking Friday evening alongside three other attorneys general, said they support a settlement with five companies valued at $48 billion and are "deeply disappointed the cities and counties refused to go along with that deal."

In addition to the distributors' cash contribution, the proposed deal includes $4 billion from pharmaceutical and consumer products company Johnson & Johnson, $23 billion worth of drugs from Teva Pharmaceutical Industries Ltd., and $3 billion in distribution services, the attorneys general said.

Mr. Hanly said they are prepared to go to trial Monday in the case of two Ohio counties. "We expect the jury and the world to see the extent of wrongdoing by these defendants," he said. "And we will try the case for as long as is necessary."

The settlement talks are an attempt to resolve more than 2,300 lawsuits against the companies.

The governments allege drugmakers aggressively marketed -- and played down the addictive risks of -- their prescription painkillers, and that drug distributors didn't do enough to stop suspicious orders that flooded into communities. The companies have denied the allegations.

The chief executives of AmerisourceBergen, Cardinal and McKesson came to Cleveland on Friday for the talks, in addition to corporate representatives from drugmaker Teva, Walgreens Boots Alliance Inc. and a smaller distributor, Henry Schein Inc.

Those six companies are set to be defendants in a landmark trial starting Monday in front of Judge Polster. They'll face off against Ohio's Cuyahoga and Summit counties, whose cases have been selected to serve as a bellwether that will help guide how to resolve the rest of the litigation.

Johnson & Johnson representatives weren't present in Cleveland on Friday. The company is taking part in the broader talks but already reached a $20.4 million settlement with the two Ohio counties to avoid the trial.

Representatives for Teva, Walgreens and Cardinal declined to comment Friday evening. McKesson and AmerisourceBergen didn't respond to requests for comment.

After gathering everyone into his courtroom Friday morning, Judge Polster separated the parties into their own rooms and shuttled between them for 10 hours. Lawyers slipped in and out, retrieving coffee and diet soda and checking in with other camps.

In one corner were Mr. Hanly and other private plaintiffs' lawyers representing cities and counties, who are driving the case going to trial Monday.

In another camp were the attorneys general from North Carolina, Tennessee, Texas and Pennsylvania, a bipartisan group leading talks on behalf of the states. None of the four states has sued the three distributors, creating another point of tension with the local governments that have spent two years aggressively litigating against the companies directly.

Attorneys are discussing the creation of a three-tiered system to guide how any settlement money is spent, according to a person involved in the negotiations. The largest tier would go toward programs aimed at abating the opioid crisis, with a smaller amount going directly to states and a third bloc of money to cities and counties.

Paul Farrell, a West Virginia attorney who is also leading the local government cases, said he was concerned that distributors have proposed West Virginia communities be cut out of the deal, because the state's attorney general has collectively reached $73 million in settlements with the companies.

The four state attorneys general and lawyers for the cities and counties each said after court Friday that discussions would continue, including over the weekend. Both camps also stressed that assistance for their communities is needed now.

"When we delay things, it has real consequences," Tennessee Attorney General Herbert Slatery said, noting that in his state, four people die from drug overdoses every day. 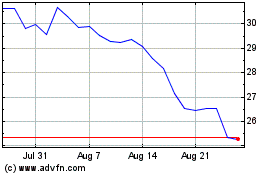 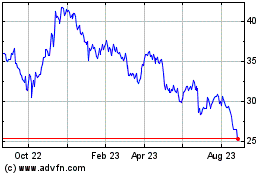 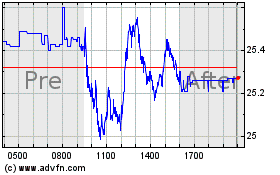