For the month of November 2020

As previously disclosed, on November 24, 2020, Vascular Biogenics Ltd. (the “Company”) convened an extraordinary general meeting of shareholders (the “Meeting”) at 4.00 p.m. (Israel time) at the Company’s offices at 8 HaSatat St. Modi’in, Israel.

At the Meeting, following establishment of a quorum, the Company’s shareholders voted on one proposal which is summarized below and described in more detail in the Company’s (i) Notice of Extraordinary General Meeting of Shareholders of Vascular Biogenics Ltd. and (ii) Proxy Statement and Proxy Card for use in connection with the Meeting that were attached as Exhibits 99.1 and 99.2 to a Report of Foreign Private Issuer on Form 6-K that the Company furnished to the Securities and Exchange Commission on October 19, 2020.

Proposal: To elect Mr. Marc Kozin as a member of the Board of Directors of the Company, to serve until the next annual general meeting of shareholders of the Company or until his successor is duly appointed and qualified, or until his earlier resignation or removal and to approve the compensation terms and equity grant as fully described in the proxy statement.

Based on voting results at the Meeting, the majority requirements for the proposals under the Israeli Companies Law 5759-1999 and the Articles of Association of the Company, the above proposal was properly approved at the Meeting. 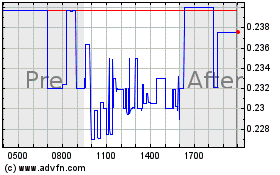