U.S.-China trade tensions have shaken all agriculture commodities markets, but perhaps none more than cotton.

Cotton futures on the Intercontinental Exchange have fallen 26% since the U.S. and China instituted competing tariffs on each other's exports starting last July. Cotton losses this year trail only natural gas, orange juice and live cattle among commodities.

The U.S. exports most of the cotton it grows, and China, although the second-largest producer after India, is the world's largest importer of the fiber.

Traders say the U.S.-China back-and-forth has been the primary issue weighing down prices. "[Cotton futures] have interestingly avoided being moved by any other subject," said Bailey Thomen, a risk management associate with INTL FCStone.

In the run-up to a particularly tense round of negotiations in late April into May, cotton futures dropped 17% to a three-year low close of 65.45 cents a pound May 13. Since then, the price has moved little, trading above 66 cents a pound Friday.

This isn't the first time China has prompted swings in the U.S. cotton market. In 2011, China was buying large amounts of cotton, which pushed futures as high as $2 a pound. But when China figured it had enough of the fiber in storage, it stopped buying and prices slid to below 60 cents a pound by June 2012.

U.S. cotton exports to China fell 50% through April to 149,478 metric tons, according to data from the U.S. International Trade Commission.

Soft commodities traders expect cotton prices to stay around 65 cents a pound or even sink through the remainder of the year. According to Tyler Herrmann, a market strategist with RJO Futures, cotton futures on the ICE could slide as far as 55 cents a pound, which would be the lowest level since late 2010.

The low prices could discourage U.S. farmers from planting the crop. According to the Department of Agricultural and Resource Economics at NC State University, the break-even cotton price for farmers ranges from 65 cents to 70 cents a pound.

Gary Adams, president and CEO of the National Cotton Council, said the break-even price is even higher than that, closer to 75 to 80 cents a pound.

"That's much more in line with the cost of production," Mr. Adams said.

The lower cotton prices could benefit U.S. clothing retailers. However, those with manufacturing operations in China are looking for other options as the trade dispute persists, introducing uncertainty into their supply chains.

"We have been working on strategies to reduce our overall exposure into the China market," said Francis Conforti, finance chief for Urban Outfitters Inc. (URBN)

Urban Outfitters said it sources roughly 25% of its goods from China and hopes to reduce this to 20%. J.C. Penney Co. Inc. (JCP), Kohl's Corp. (KSS) and other retailers are trying to shrink their Chinese exposure, which includes apparel made from cotton.

Write to Kirk Maltais at kirk.maltais@wsj.com 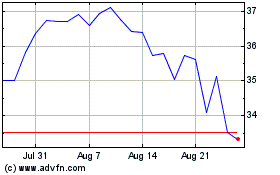 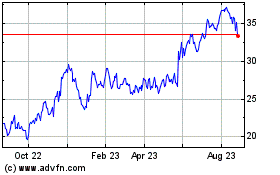 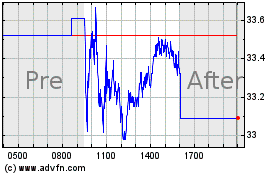