If an emerging growth company, indicate by check mark if the registrant has elected not to use the extended transition period for complying with any new or revised financial accounting standards provided pursuant to Section 13(a) of the Exchange Act. o

On December 14, 2020, Torchlight Energy Resources, Inc. (“Torchlight”) and its newly formed subsidiaries, 2798832 Ontario Inc. (“Canco”) and 2798831 Ontario Inc., both Ontario corporations, entered into an Arrangement Agreement (the “Agreement”) with Metamaterial Inc., an Ontario corporation headquartered in Nova Scotia, Canada (“Metamaterial”). Under the Agreement, Canco is to acquire all of the outstanding common shares of Metamaterial by way of a statutory plan of arrangement under the Business Corporations Act (Ontario)(the “Arrangement”), on and subject to the terms and conditions of the Agreement.

The Agreement additionally makes provision for the conversion or amendment of other outstanding Metamaterial securities, including options, deferred share units and warrants, such that they will be exercisable for shares of Torchlight common stock, in each case with adjustments based on the Exchange Ratio.

Immediately following the Effective Time, based on the Exchange Ratio, the former shareholders of Metamaterial are anticipated to own approximately 75% of the economic and voting interest of the combined company, with current Torchlight stockholders holding the remaining 25% economic and voting interest. Following the Effective Time, the combined company’s board of directors will be comprised of seven directors, with five of such directors to be nominees of Metamaterial, one to be jointly nominated by Metamaterial and Torchlight and one director to be a nominee of Torchlight, subject to the reasonable approval of Metamaterial. Additionally, the current management of Torchlight will resign and be replaced by George Palikaras as Chief Executive Officer and Kenneth Rice as Chief Financial Officer.

Under the Agreement, Torchlight will also submit to its stockholders a proposal to amend Torchlight’s articles of incorporation to effect a reverse split to regain and maintain compliance with the listing standards of the NASDAQ Stock Market LLC (the “Reverse Split”).

Following the Reverse Split, and prior to the Effective Time, Torchlight will declare and issue a dividend, on a one-for-one basis, of shares of preferred stock to the holders of its common stock. Following the Effective Time, the holders of preferred stock will be entitled to a dividend based on the net proceeds of the sale of any assets that are used or held for use in Torchlight’s oil and gas exploration business (the “O&G Assets”), subject to certain holdbacks. Such asset sales must occur prior to the earlier of (i) December 31, 2021 or (ii) the date which is six months from the closing of the Arrangement (the “Sale Expiration Date”). Following the Sale Expiration Date, subject to certain conditions, the combined company will effect a spin-off of any remaining O&G Assets with the preferred stockholders to receive their pro rata equity interest in the spin-off entity.

The consummation of the Arrangement is subject to certain closing conditions, including without limitation the requirement that (i) prior to the Effective Time, Torchlight raise gross proceeds of at least $10 million through the issuance of common stock or securities convertible into or exercisable for common stock, less the aggregate principal amount of and accrued interest on certain loans Torchlight has made to Metamaterial, and (ii) all debt of Torchlight is converted into shares of its common stock or repaid in full, provided that if the senior secured debt held by The David A. Straz, Jr. Foundation and by The David A. Straz, Jr. Irrevocable Trust DTD 11/11/1986, has not been so converted or repaid, then prior to the Effective Time, the terms of such debt will have been modified such that the debtholders’ sole recourse in respect thereof will be against the O&G Assets. Other closing conditions include without limitation the receipt of all required approvals from the shareholders of each of Torchlight and Metamaterial and from the Ontario Superior Court of Justice (Commercial List), and all other required regulatory approvals, as well as other customary closing conditions, including the absence of a material adverse effect with respect to either Metamaterial or Torchlight.

The transaction is expected to close in the first half of 2021 and is to be implemented by way of an arrangement under the Business Corporations Act (Ontario). The Agreement provides for customary representations, warranties and covenants, including covenants of each party to (i) subject to certain exceptions, carry on its business in the ordinary course of business consistent with past practice during the period between the execution of the Agreement and the Effective Time and (ii) not solicit any alternate transactions or, subject to certain exceptions, to engage in any discussions or negotiations with respect thereto. Subject to certain terms and conditions, the Agreement may be terminated by either party after March 31, 2021, and if the Agreement is terminated prior to that date by either party as a result of obtaining a superior proposal from a third party, such terminating party is required to pay a termination fee of $2,000,000.

Under the Agreement, Torchlight has also agreed to loan Metamaterial $500,000 no later than five days following execution of the Agreement, in exchange for an unsecured promissory note in substantially the same form as the 8% Unsecured Convertible Promissory Note that evidences Torchlight’s loan to Metamaterial of $500,000 on September 20, 2020. Upon closing, these two bridge loans, including the aggregate principal and unpaid interest, are to be included in, and credited against, the $10 million pre-closing financing described above, with such notes to be deemed cancelled and paid in full.

As previously disclosed in Torchlight’s current report on Form 8-K filed on September 23, 2020, McCabe Petroleum Corporation, a company owned by Torchlight’s chairman Gregory McCabe, loaned Torchlight $1,500,000 on September 18, 2020, evidenced by a 6% Secured Convertible Promissory, of which $500,000 was deposited into an escrow account. Under the terms of the note, this $500,000 has been released from escrow to Torchlight, and will be used for the bridge loan described above.

The disclosure under Item 1.01 of this current report on Form 8-K relating to the Agreement and the issuance of the shares of common stock of Torchlight and the Exchangeable Shares is incorporated herein by reference.

The securities to be issued under the Agreement will be issued in reliance upon Section 3(a)(10) of the Securities Act of 1933, as amended (the “Securities Act”), which exempts from the registration requirements under the Securities Act any securities that are issued in exchange for one or more bona fide outstanding securities where the terms and conditions of such issuance and exchange are approved, after a hearing upon the fairness of such terms and conditions at which all persons to whom it is proposed to issue securities in such exchange shall have the right to appear, by any court expressly authorized by law to grant such approval.

This current report contains forward-looking statements within the meaning of Section 27A of the Securities Act of 1933, as amended, and Section 21E of the Securities Exchange Act of 1934, as amended, which are intended to be covered by the “safe harbor” created by those sections. All statements in this current report that are not based on historical fact are “forward looking statements.” These statements may be identified by words such as “estimates,” “anticipates,” “projects,” “plans,” “strategy,” “goal,” or “planned,” “seeks,” “may,” “might”, “will,” “expects,” “intends,” “believes,” “should,” and similar expressions, or the negative versions thereof, and which also may be identified by their context. All statements that address operating performance or events or developments Torchlight expects or anticipates will occur in the future, such as stated objectives or goals, refinement of strategy, attempts to secure additional financing, exploring possible business alternatives, or that are not otherwise historical facts, are forward-looking statements. While management has based any forward-looking statements included in this current report on its current expectations, the information on which such expectations were based may change. Forward-looking statements involve inherent risks and uncertainties which could cause actual results to differ materially from those in the forward-looking statements as a result of various factors, including risks associated with Torchlight’s ability to obtain additional capital in the future to fund planned expansion, the demand for oil and natural gas which demand could be materially affected by the economic impacts of COVID-19 and possible increases in supply from Russia and OPEC, the proposed business combination transaction with Metamaterial, general economic factors, competition in the industry and other factors that could cause actual results to be materially different from those described herein as anticipated, believed, estimated or expected. Additional risks and uncertainties are described in or implied by the Risk Factors and Management’s Discussion and Analysis of Financial Condition and Results of Operations sections of Torchlight’s 2019 Annual Report on Form 10-K, filed on March 16, 2020 and other reports filed from time to time with the Securities and Exchange Commission (“SEC”). Torchlight urges you to consider those risks and uncertainties in evaluating its forward-looking statements. Readers are cautioned to not place undue reliance upon any such forward-looking statements, which speak only as of the date made. Except as otherwise required by the federal securities laws, Torchlight disclaims any obligation or undertaking to publicly release any updates or revisions to any forward-looking statement contained herein (or elsewhere) to reflect any change in its expectations with regard thereto, or any change in events, conditions, or circumstances on which any such statement is based.

On December 14, 2020, the Company issued a press release announcing the signing of the Agreement. A copy of the press release is attached as Exhibit 99.1 to this current report on Form 8-K and is incorporated herein by reference. 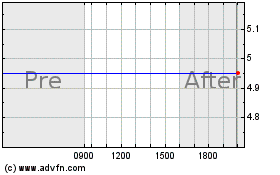