21.61
-1.04 (-4.59%)
Upgrade to Real-Time
Afterhours
21.61
Tilray Pops 24% Amid Report On Merger Talks With Aphria; Analyst Says Hold
December 16 2020 - 02:07AM
TipRanks
Shares of Tilray jumped 23.8% in Tuesday’s extended market trading after Bloomberg reported that the company is in advanced merger talks with Aphria (APHA). A deal could be announced as early as this week, Bloomberg has learnt. Per the report, the combined company is expected to retain the Tilray (TLRY) name while Aphria’s CEO Irwin Simon is likely to be appointed as CEO of the new company. If the deal goes through, the combined company will hold a 19% share in the Canadian recreational cannabis market with annual revenue of C$930 million. The merged company will relocate its headquarters to the United States, according to the report.
https://blog.tipranks.com/?p=110648 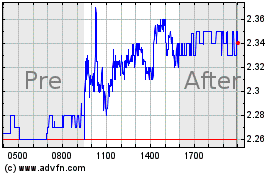