Resignation and Appointment of Directors

Effective as of August 4, 2020, Elchanan Jaglom submitted his resignation from the board of directors (the “Board”) of Stratasys Ltd. (“Stratasys” or the “Company”).

In parallel, the Board appointed Zeev Holtzman as a director of the Company, to serve until the 2020 annual general meeting of Stratasys’ shareholders. Summary biographical information for Mr. Holtzman appears below:

Zeev Holtzman founded Giza Venture Capital in 1992 following 20 years in the financial advisory, private equity and investment banking sectors in the US and Israel. Since then, he has served as Giza Venture Capital funds’ Chairman of the Investment Committee and Managing Partner, focusing on strategy, capital raising, deal sourcing, exits from portfolio companies and Giza’s global activities. Mr. Holtzman is also the Founder and Chairman of IVC Research Center, the premier online Israeli research and data base firm covering the Israeli hi tech, technology, venture capital industry. Mr. Holtzman is also a board member and supporter of Tmura, the Israeli venture capital industry's main philanthropic organization, since its inception, and a member of the Executive Committee of the Israel Museum of Art Israeli Friends Association. Mr. Holtzman served and continues to serve as a board member of portfolio companies of Giza Venture Capital funds. Mr. Holtzman has also served in several other prominent positions, including: Chairman of the Supreme Investment Committee of the Technion - Israel Institute of Technology- endowment fund; co- founder of the Israel Venture Capital Association, known today as HTIA; and representation of Alex Brown and CS First Boston in their Israeli activities. Mr. Holtzman holds an MBA from Columbia University and a BA in economics and History of the Muslim Countries from the Hebrew University of Jerusalem.

The information in this Report of Foreign Private Issuer on Form 6-K (“Form 6-K”) is incorporated by reference in the Company’s registration statements on Form S-8, SEC file numbers 333-190963 and 333-236880, filed by the Company with the SEC on September 3, 2013 and March 4, 2020, respectively, and shall be a part thereof from the date on which this Form 6-K is furnished, to the extent not superseded by documents or reports subsequently filed or furnished. 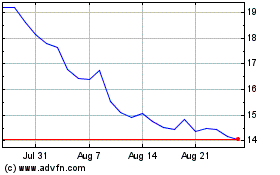 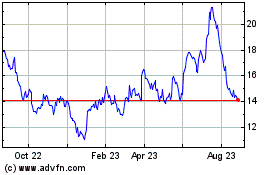 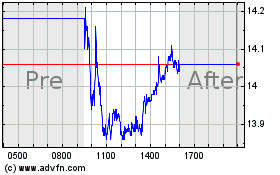