Staffing 360 Solutions, Inc. (NASDAQ: STAF), a company executing an international buy-integrate-build strategy through the acquisition of staffing organizations in the United States and the United Kingdom, today announced its Fiscal 2018 Year-End financial results.

Brendan Flood, Chairman and Chief Executive Officer said, “2018 was a very successful year by any standard. We continue to grow…we continue to improve already positive EBITDA and Adjusted EBITDA…and we continue to march toward net profit, which we expect to happen in the current year.”

The Company uses these non-GAAP financial measures, among several other metrics, to assess and analyze its operational results and trends. The Company also believes these measures are useful to investors because they are common operating performance metrics as well as metrics routinely used to assess potential enterprise value.

The Participant Dial-In Number for the conference call is 1-631-891-4304. Participants should dial in to the call at least five minutes before 9:00am ET on March 21, 2019. The call can also be accessed "live" online at http://public.viavid.com/index.php?id=133679. A replay of the recorded call will be available for 90 days on the Company's website (http://www.staffing360solutions.com/res.html).

About Staffing 360 Solutions, Inc.Staffing 360 Solutions, Inc. is engaged in the execution of an international buy-integrate-build strategy through the acquisition of domestic and international staffing organizations in the United States and United Kingdom. The Company believes that the staffing industry offers opportunities for accretive acquisitions that will drive its annual revenues to $500 million. As part of its targeted consolidation model, the Company is pursuing acquisition targets in the finance and accounting, administrative, engineering, IT, and Light Industrial staffing space. For more information, please visit: www.staffing360solutions.com. Follow Staffing 360 Solutions on Facebook, LinkedIn and Twitter.

Forward-Looking StatementsThis press release contains forward-looking statements, which may be identified by words such as "expect," "look forward to," "anticipate" "intend," "plan," "believe," "seek," "estimate," "will," "project" or words of similar meaning. Although Staffing 360 Solutions, Inc. believes such forward-looking statements are based on reasonable assumptions, it can give no assurance that its expectations will be attained. Actual results may vary materially from those expressed or implied by the statements herein, including the goal of achieving annualized revenues of $500 million, due to the Company’s ability to successfully raise sufficient capital on reasonable terms or at all, to consummate additional acquisitions, to successfully integrate newly acquired companies, to organically grow its business, to successfully defend potential future litigation, changes in local or national economic conditions, the ability to comply with contractual covenants, including in respect of its debt, as well as various additional risks, many of which are now unknown and generally out of the Company’s control, and which are detailed from time to time in reports filed by the Company with the SEC, including quarterly reports on Form 10-Q, reports on Form 8-K and annual reports on Form 10-K. Staffing 360 Solutions does not undertake any duty to update any statements contained herein (including any forward-looking statements), except as required by law. 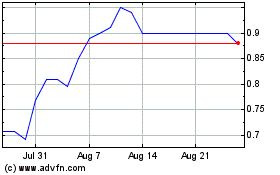 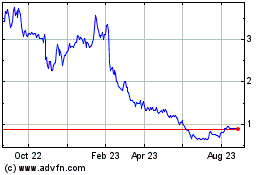 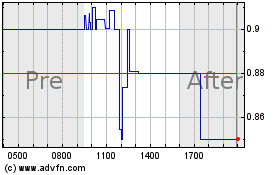